Nothing encapsulates Dorothea Mackellar’s Australia quite like the drive across the Nullarbor from Perth to Adelaide. With horizons that stretch across sweeping plains that never end and more ragged cliff edges than you can poke a stick at, the journey across the Nullarbor and beyond really is a journey of epic proportions. The trip stretches across the far south-western corner of the country, covering two states and three time zones, and boasts a few records, including the world’s straightest road, the world’s largest golf-course and the world’s longest stretch of uninterrupted cliffs. If you’re thinking about venturing across the Nullarbor, we’ve highlighted 10 must-stop spots along the way.

Best places to stop when crossing the Nullarbor

Starting from the Perth side of the Nullarbor, here are some of the best stops to take in along your journey: 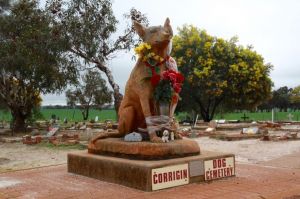 The first dog, Strike, was buried at the Corrigin Dog Cemetery in 1974, however it wasn’t until the erection of a monument for man’s best friend in the 90s that the cemetery became a must-visit for passersby. While this may seem like a somber way to kick off your Nullarbor adventure, the Corrigin Dog Cemetery holds over 200 furry friends, with people travelling all over the countryside to celebrate dogs or lay their own to rest. 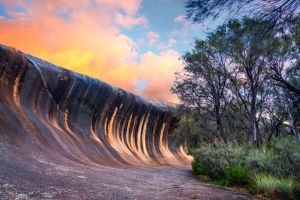 Wave Rock, as the name suggests, is an ancient rock formation that has been eroded by weather over millions of years to form an enormous, solid ‘wave’ structure. There is plenty to see and do around the rock, including Hippo’s Yawn, the changing colours of Lake Magic, or a quick photoshoot of you hanging ten at the Rock itself.

These 25-metre-tall murals, depicting the six stages of the Baxter’s Banksia, are spread across six silos and are the second stop on a silo art trail through regional Western Australia. The wildflowers were painted in 2016 by Fremantle-based artist Amok Island over 31 days, and required 338 litres of paint to complete. Additionally, if you time your trip right, the Ravensthorpe region is also known for the abundance of wildflowers stretching as far as the eye can see during Spring. 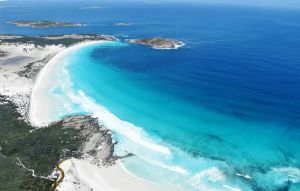 The pure white sands and sheer cliffs around Esperance are the stuff of legend, and have been voted ‘best in the world’ many a time. The best way to see this rugged coast is by exploring the coves and bays along the south-west coast of the national park, the most famous being Hellfire Bay, Lucky Bay and Thistle Cove. Another must-see in the area is the famously bubble-gum pink Lake Hillier on Middle Island, however it is probably best viewed from the air so that you get the full effect of the contrasting blue ocean. 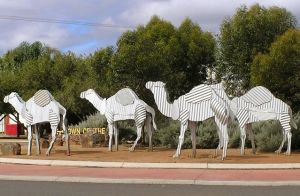 The old gold mining town of Norseman is the gateway to the Nullarbor, and also the last major town you’ll visit before you venture across the plain from the west. While passing through, you might spot a caravan of camels loitering in the middle of the Princep Street roundabout. These life-sized sculptures, made from corrugated iron, are a tribute to the early days of camel trains that used to carry freight to and from the town. 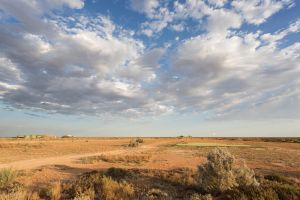 Not only is the Nullarbor Plain home to the straightest road in the world, it also boasts the world’s largest golf course. The par 72 Nullarbor Links is approximately 1,365 kilometres in length and covers multiple states and time zones, stretching from Kalgoorlie in Western Australia to Ceduna in South Australia. The 18 holes are dotted along the Eyre Highway at participating towns and roadhouses, so just buy your score cards at the Kalgoorlie Golf Course and get driving, you’ve never seen a green quite like it! 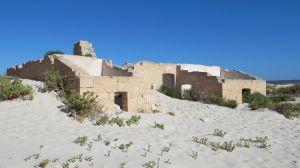 The remains of the Old Telegraph Station poking out of the bone white sand dunes at Eucla make an eerie spectacle along the Nullarbor, and is a must-see for tourists. The crumbling building is a reminder of the harsh environment and remote nature of the area, however the small settlement has well-equipped service-stations, accommodation and plenty of refreshments to help you unwind after a long stretch on the road. 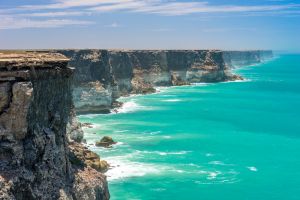 The Head of Bight Lookout marks the most northern point of the Great Australian Bight and is smack bang in the middle of the Bunda Cliffs, a breathtaking expanse of chalky limestone jutting out of the ocean for 100 km along the coastline. From the cliffs you may spot Southern Right Whales birthing, mating or socialising, depending on the time of year. 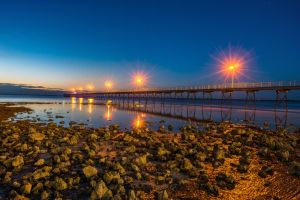 Your final destination on the Nullarbor Plain, Ceduna will be a welcome respite after 1,200 kilometres of straight road and vast plains. The Ceduna Aboriginal Arts and Cultural Centre is a popular cultural attraction, displaying artwork by over 100 Indigenous artists from the remote western region and sharing the languages of the Wirangu and Kokatha people. You can also wrap up your game of golf at the last two holes (or first two depending on which way you’re heading) or sample a few of the region’s prized oysters and take a stroll down the jetty boardwalk. 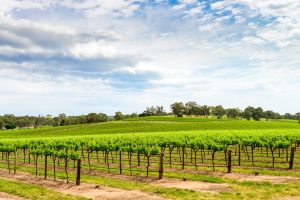 After a long slog across the Nullarbor, you’ll probably be due some rest and recovery. What better way to do this than a few days languishing in world-famous wine region – the Barossa Valley. There are a number of wineries, cellar doors, tours and, yes, tastings to explore, not to mention accommodation for every personal preference. Enjoy dipping your toes – or glass – in all that the region has to offer, you’ve earned it!

How long does it take to drive from Perth to Adelaide?

If you’re following the main highway, sticking to the speed limits and following the general route that we’ve outlined above, the drive from Perth over to Adelaide should take around 34 hours, with the distance just over 3,200 kilometres, meaning it’s not for the faint hearted.

In saying this, there are plenty of route options available depending on how much time you’ve got on your hands and what you’d like to see. After all, Australia is the land of plenty, and there’s certainly plenty to see.

How can I travel between Perth and Adelaide? 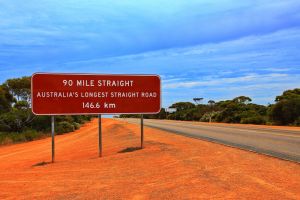 You can travel from Perth to Adelaide, and vice versa, by car or plane depending on your interests, budget and how long you want to spend travelling. Of course, if you want to visit the places above, driving is the only option, although you’ll have to decide whether you want to take your own wheels, or hire a car for the journey.

While the route is not limited to 4WD vehicles, the Nullarbor Plain is notoriously remote and teeming with potential hazards and animals, so make sure that you’re prepared for all possible outcomes and stock up on supplies along the way whenever you get the chance.

Is it worth driving from Perth to Adelaide?

Despite being the straightest, virtually most empty road in the world, the journey from Perth to Adelaide across the great Nullarbor should be on everyone’s road trip to-do list. The barren landscapes and windswept plains clashing with jutting cliffs over the Great Australian Bight are topped only by the colourful communities you’ll visit along the way, giving you a taste of everything that Australia has to offer.