As Australia’s largest renewable energy resource, hydropower dominates the clean energy space and is gearing up to take swings at the coal industry. But what do you know about hydropower? It’s more than just running water and picturesque dams we’ve investigated at Canstar Blue. From here, you’ll uncover how hydroelectric energy works, to what the oldest hydropower station in Australia is (spoiler: it dates back further than you think). We’ve even compiled a list of hydropower plants across the country and popped them on a map for you!

How does hydropower work? 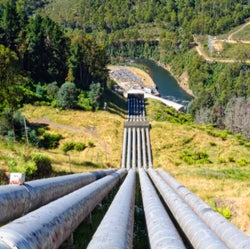 Hydropower works through pressure – namely using the force of water to spin a turbine that generates electricity. Water is released from a dam, which upon impact spins a turbine at the base of the infrastructure that is connected to a generator. The generator then works to convert the mechanical energy into electrical energy that can be shifted into the grid system.

The amount of electricity produced by this process depends on factors such as the amount of flowing water released, and the height from which it falls. A benefit of most hydropower plants is that energy generation can be controlled, where hydropower plants can be put to use during peak times to make up for any shortages in traditional coal-fired electricity generation.

Some plants also have pumped storage, meaning that during off-peak periods such as overnight, water can be pumped back up into the dam to be released at a later time when the demand for electricity becomes higher. 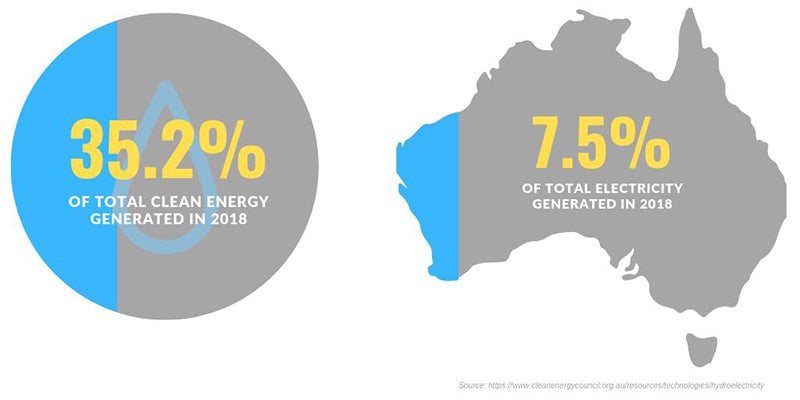 While there are more than 100 power stations currently operating in Australia, most have a relatively modest output. We’ve listed all of the operational hydropower plants in the country with a capacity of over 50MW in alphabetical order:

Hover over the image below for more information on the hydropower stations in Australia that are currently operational. As you’ll see, the larger (50MW+) power plants are generally situated in similar regions.

The table below lists each hydropower plant in Australia by size, as well as location, energy generation capacity and who owns it. As you can see, there are only a handful of companies who operate our nation’s hydropower plants. 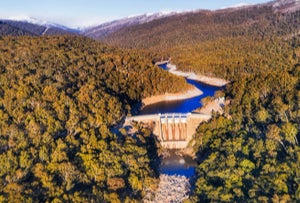 The current largest hydroelectric project in Australia is run by Snowy Hydro, which currently makes up for around half of the nation’s total hydropower generation.

With several power stations in its southern NSW network, the Snowy Hydro scheme currently holds a total capacity of around 4,100 megawatts, according to its website. To put this in perspective, this has the power to generate enough electricity for 500,000 homes a year, which is roughly enough for the population on the Gold Coast.

With expansions set to take place to build ‘Snowy 2.0’, it is said that this hydropower scheme will make up for the generation capacity lost after the controversial closure of the Hazelwood coal-fired station in Victoria in 2017. 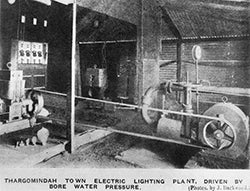 Hydropower is a renewable energy generation method that’s been around for quite a while, dating back to as early as the 1800s in Australia. A small town in rural QLD called Thargomindah was the first to produce hydroelectric power for street lighting using water pressure from the Artesian Basin. This was done by attaching generators to a water turbine driven by a bore water pressure. The hydropower plant lasted until 1951, at which time diesel generators were installed. Thargomindah was then connected to the grid in 1988.

How reliable is hydropower?

Like any energy generation method, hydro is criticised for its shortfalls in availability, and therefore reliability. Whilst on one end of the spectrum, hydropower is praised for its lack of carbon emissions and generation capacity, while the other side of the coin reveals concerns over rainfall failing to fill dams in times of drought. And where pumped hydro is developed to ease some of the challenges to do with the lack of resources Australia is facing, some still remain cautious to invest in new infrastructure.

According to Origin Energy, “most viable hydro sites in Australia have already been developed, so construction of new hydro power facilities would be very expensive and could impact the environment”.

What other renewable energy sources are there?

So, if hydropower only makes up around a third of Australia’s renewable energy mix, what makes up the rest? Listed below are the main ways the country is sustainably sourcing its power:

Is hydropower the solution to Australia’s energy needs?

With less than 8% of Australia’s total electricity generation to its name, it would appear that hydropower has a long way to go before it makes up a significant share of the country’s energy mix. But with the green light given to the expansion of the Snowy Hydro Scheme, it seems that hydro is set to make a splash in the energy market in the coming years.

Our national electricity market relying on just one source of power generation isn’t viable nor necessary, as many other energy generation methods are set in place to support our grid. And while it’s not out of the question to rely on our changing electricity market to lower power prices, there’s a way you may be able to do that without having to wait. Regularly comparing energy plans and switching to the one offering the greatest value will put you in the best position to save on your bills, so follow the link down below to get started.