Looking abroad, hydroelectric power is much more prevalent overseas. In New Zealand for example, hydro generation produced a whopping 57% of the nation’s 2015 energy requirements. Though before we get into a Kiwi vs Aussie debate, let’s focus on what’s most important – how hydro energy actually works and the state of hydroelectricity in Australia.

How does hydroelectricity work?

Hydroelectric generation requires a downward flow of water. There are several ways to do this. The most well-known method in Australia is done by constructing a dam across a river or lake, which in turn creates disequilibrium in water levels either side of the wall. When the dam is opened, water quickly falls through a chute, spinning a turbine which is connected to a generator by a shaft. The DC electricity produced then feeds in to a transformer where it is converted to low-voltage AC for grid distribution and use. Most hydro power stations are fitted with dozens of turbine generators, capable of producing enough electricity to power thousands of homes and businesses. There are two main types of hydroelectricity plants. They are:

As the name suggests, water is ‘impounded’ in a dam. As mentioned earlier, water is released by a chute through a turbine that switches on a generator, which then generates electricity. The benefit of this is, water can be controlled based on energy needs. The problem lies in getting enough rainwater to fill the dam. An iconic Impoundment Dam is the Snowy Mountain Hydro Station in New South Wales.

Diversion – or ‘run-of-river’ – dams are ones that rely on a diverted river flow through a manmade canal. This diversion allows – similar to an Impoundment dam – water to run through a turbine, which then powers a generator to generate electricity.  An iconic Diversion Scheme is the Trevallyn Dam in Tasmania.

A third, less-popular type of hydro is a Pumped Storage scheme. It works like a battery. Water is pumped uphill to a reservoir, and when energy is in high-demand, this higher reservoir is released down to a lower reservoir. This, in turn, generates electricity to fulfill peak needs. This allows for a low-cost and cyclic way to generate electricity through gravity. As it stands, there are no significant pumped hydro stations in Australia. This method is more popular in countries like China and Japan who are generally much more mountainous than Australia.

What is the state of hydroelectricity in Australia?

Despite the grand scale of hydroelectric schemes like the Snowy Hydro, hydro energy accounts for only a small portion of Australian energy production. Contrary to what you’d expect from the Snowy Hydro, Tasmania is the nation’s leader in hydro energy, generating 80 per cent of the state’s electricity requirements with this technology. All of the hydro dams in Tasmania are controlled by Hydro Tasmania. The dams are mostly located in the interior of the Apple Isle, where the state enjoys hefty yearly rainfall.

Australia has 120 hydro power stations nationwide – the most iconic being the Snowy Mountain Hydro Station. Snowy Hydro is what most Aussies would think of when it comes to hydroelectricity in Australia. Located in Kosciuszko National Park, it is one of the largest engineering projects undertaken in Australia. It was built in 1949 and was finished in 1972. In many ways it was a representation of Australia in the mid-20th century; building the country on the backs of foreign workers and immigration. Today it is still an impressive feature and is a popular site for Aussies on their way to the snowfields.

In total, there are 25 hydroelectric dams in Tasmania, the Trevallyn Dam being the most iconic. Trevallyn is located adjacent to the Tamar River, and is near Launceston – the state’s second largest city. It was commissioned in 1955 and now boasts a total capacity of 12.33 million m³. It harnesses the power of water flowing through the South Esk River, where a dam diverts the water and ultimately leads it to a power station. Overall, Tasmania is a green state; renewable energy enjoys a 99.9 per cent penetration. Tasmania leads the way when it comes to hydroelectricity, mostly due to its environment, climate and hefty rainfall compared to the rest of the nation.

While other states do have a hydroelectricity presence, the resource is highly dependent on weather like many other renewable resources. The central and northern parts of Australia are often dry, resulting in reduced dam releases and therefore reduced hydro production. Due to the northern states’ relative dryness, the water that could be used for hydroelectricity is instead used for consumer purposes.

Much of Australia is susceptible to drastic weather patterns, particularly El Nino, with short bursts of La Nina. In Spanish these stand for ‘Little Boy’ and ‘Little Girl’ respectively. These two are opposites – monumental dryness, and cyclonic-level rain. Up until the La Nina weather events of 2011 – like the devastating Brisbane Floods – Australia was experiencing a cataclysmic drought brought on by El Nino; Queenslanders will remember Level 6 water restrictions, where you could barely even wash your car windows! Due in large part to El Nino, hydroelectricity has declined in production since the 1970s when the Snowy Hydro was finished:

The Australian Energy Regulator predicts a short-term decline in Australian hydroelectricity generation due to an El Nino weather event forcing Snowy Hydro and other hydro generators to reduce dam releases as a drought precaution. The Renewable Energy Agency of Australia says the long-term outlook for hydro doesn’t look good either. The agency expects growth in the use of mini-hydro schemes operating for local communities; mini schemes generate up to 100kW of electricity and are used to power homes, small businesses and small communities. The benefit of this is that it decentralises hydro power and removes much reliance on huge projects like the Snowy Hydro. The ‘Do It Yourself’ attitude seems to be a prevailing message across a lot of renewable energies in Australia.

The overall share of hydropower in Australia’s total electricity generation is expected to fall. By 2029-30 it is expected to fall to around 3.5 per cent as a total energy output. This is said to be largely due to the greater interest in solar and wind power investment as Australia is generally more consistent with wind and sunshine hours than total rainfall.

Overall, Australia is not a great example of a hydro-friendly nation. While there is no one entity to blame for this, our climate and weather patterns play a huge part as to why hydroelectricity is not more significant in this country.  Because of the climate, the greatest impediment to the hydroelectric power in Australia is its lack of suitable locations to construct a dam, as well as constructing where there is minimal environmental impact. While Australia enjoyed a huge boom of hydro in the 1970s, long-standing droughts have wiped out a significant portion of hydro production on the mainland. Tasmania, however, still enjoys a strong hydro presence. As long as Tasmania remains a green state, it will be the leader of hydroelectricity in Australia.

A number of electricity providers offer to purchase power from green energy solutions on a customer’s behalf. This does not mean that household receives green energy, but the retailer pumps an agreed amount back into the grid. Think of this as a form of ‘carbon offsets’.

So if you’ve got a bit of a green thumb, or if you’re looking to reduce your environmental impact, look for companies that offer GreenPower plans. This is a viable way to feel less guilty about the electricity your household consumes. Alternatively, consider installing solar and produce your own energy.

Hydropower in Australia is perhaps the most significant of the ‘Big Three’ renewable resources – the other two being solar and wind. Though hydro has played a significant role in shaping our nation’s history, it has the dimmest future of renewable energies, as most federal investment is directed towards solar and wind.

Those two are seen as more economically viable for the future in the eyes of the government and energy companies. Simply put, building hydropower stations are significant undertakings and are costly. The diminished returns are amplified thanks to Australia’s El Nino weather patterns, which promote dry periods – not ideal for hydropower. Though ‘buying in’ to hydropower is a great way to offset your carbon footprint, it appears that hydro is taking a backseat to solar and wind in the renewable energy race. 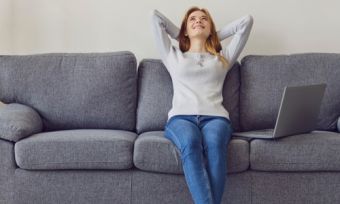 Electricity prices in Victoria drop by up to 16% since 2019

Aussies with solar are saving up to $2,500 a year on energy