Once a standard fixture on supermarket shelves, the incandescent light bulb has now been phased out and in its place there are a number of alternatives. Consumers now have their choice of a range of more energy efficient light bulbs, designed to produce the same amount of light while using less power than incandescent bulbs.

This next generation of light bulbs come in a variety of colours, shapes and sizes, employing a number of different lighting technologies, and are available at a variety of price points, with some options more suitable than others, dependent on circumstances.

While some light bulbs are more expensive at the initial point of purchase, choosing the most energy efficient and suitable light bulb can however lead to long-term price savings. So, what are some of the current light bulb options?

The phase-out of incandescent light bulbs commenced in 2009, ushering in a new era of lighting energy efficiency, with a number of less energy efficient bulbs having since been phased out in the proceeding years.

As explained via the Energy Rating website (a joint government initiative), the phase-out covers light bulbs that have an efficiency level of less than 15 lumens per watt, with traditional pear-shaped incandescent bulbs, the first to be phased out, the least efficient, wasting 90 per cent of the energy that they use, mainly as heat.

As stated via the Energy Rating website: “With the energy efficient new technologies now available, light bulbs now produce the same amount of light using far less power. It no longer makes sense to shop for watts. Using ‘lumens’ is now the way to choose the light you need.”

The incentive for consumers is that greater cost upfront may well also equal greater savings in the long term, with more energy efficient bulbs lasting longer and using less energy.

Halogen lights – not so efficient

Halogen light bulbs can be found at major retailers in a variety of shapes and sizes, and are generally price comparable or cheaper than some of the other more energy efficient lighting options available.

When considering purchase of a halogen light bulb, it should be noted, however, that short-term savings achieved at the time of purchase will generally be less than the long-term savings provided more energy efficient bulbs.

Compact fluorescent lamps (CFLs) employ the same technology as linear fluorescent tubes, such as those often found in workplaces, and can be found in many smaller shapes and sizes, in a range of different colours, suitable for use in the home.

As noted by the Energy Rating website, CFLs use around 20 per cent of the energy to produce the same amount of light as an incandescent light bulb, while lasting between four and 10 times longer, with the website stating: “Compact Fluorescent Lamps (CFLs) are amongst the most efficient lamps available and are a direct replacement for incandescent and halogen lamps.”

As noted by the Energy Rating website, quality LED light bulbs last five to 10 times longer than halogen light bulbs, consuming a quarter of the energy to produce the same light output, with LED bulbs lasting between 15,000 to 50,000 hours.

By way of comparison, the Energy Rating website advises that halogen bulbs last between 1,000 to 4,000 hours, with CFLs lasting approximately 6,000 hours, with the website stating: “Quality LEDs are now in most cases the ‘best buy’ in terms of electricity costs to run, frequency of replacement and overall lifetime costs.” LED bulbs are available in a variety of colours, shapes and sizes, designed for different uses

Budget, of course, will play a determining role in light bulb purchases, but consumers should be prepared to think long-term when it comes to their initial monetary outlay, and to take into consideration the potential for long-term savings.

When making a purchase, consumers should consider factors including brightness and colour, and the suitability of the different light bulbs on offer for the space they are looking to light, be it large or small, and the feel that they are trying to achieve, be it an ambient or more focused, task-oriented light.

Across the different technologies, there are a number of different styles on offer, from traditionally shaped bulbs, to globe and candle shapes. 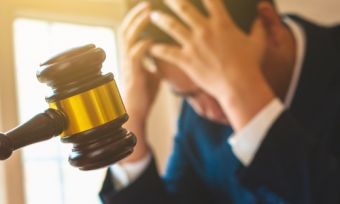 How to win a year of free electricity with Nectr