To ensure you’re getting the right deal from your energy provider, it’s important to understand electricity usage charges. These rates form part of your electricity tariff – the amount charged for providing energy to your home under your contract, and will make a big difference to what you pay. So, let’s dive into the details of what you need to know.

What is an electricity usage charge?

An electricity usage charge, also previously known as a consumption charge or variable charge, reflects the cost of the electricity you use in your home. In other words, it’s the amount you pay for each and every unit of electricity that your household consumes each and every day. Every kWh is added up and calculated for your next monthly or quarterly bill.

Where do I find the usage charge on my bill?

An electricity usage charge is shown as cents per kilowatt hour (c/kWh). It’s typically noted on the second page or on the back of your bill. Here’s an example of a bill and the electricity usage rates it entails:

Why is there more than one electricity usage charge on my bill?

Some bills might show more than one usage charge, as with the example shown above. This is because they reflect all applicable tariffs and might be broken down into different time periods – depending on factors like your supplier or distribution network:

Controlled load tariffs see households charged a lower rate for things like hot water systems and pool pumps. This might be listed as an off-peak charge, which is typically a cheaper rate because electricity demand will be lower overnight.

In our example bill, the household has a controlled load tariff (CL2) in addition to its ‘Anyime’ or main supply. This is rather typical of many Australian households.

Based on selected postcodes in each state, August 2018. General guide only.

As you can see, South Australians generally pay the highest kWh electricity usage charges, with average rates are usually much lower in the other states. Households in Victoria and Queensland typically pay the lowest usage charges. 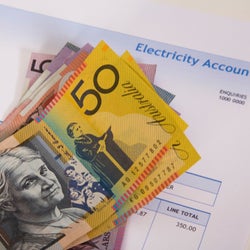 Meanwhile households in Western Australia, Northern Territory, Tasmania and regional Queensland have their electricity usage charges set by their respective governments. Energy prices in these areas remain regulated. Prices regulation – and the pros and cons of it – remain a huge political talking point, with some arguing that competitive electricity markets – whereby retailers are allowed to set their own rates – have not been beneficial to consumers.

When do electricity usage charges change?

In most areas, electricity retailers set their own usage charges and can change them whenever they like, provided you’re on a variable rate plan and you’ve been given notice. Customers on a fixed rate energy plan sees their usage charges locked in for a set period. In terms of when prices change, this depends on factors like your particular provider and where you live.

Some electricity retailers change their prices on a regular basis, but as a general rule, usage and supply rates are amended every 12 months – in July in most areas, but January if you live in Victoria. However, given that providers in most areas are free to change their prices whenever they like, it’s important to keep an eye on your bills and on any other communication from your provider because it could include some important information about price changes.

To help you start comparing energy providers and plans, click the link below to see our comparison tool. 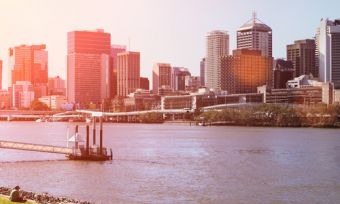 Sumo swoops on competition in QLD with cheap new deal