Show Important Notes^* Hide Important Notes^*
* Overall satisfaction is an individual rating and not a combined total of all ratings. By default, brands with equal overall satisfaction ratings are sorted by the mean overall satisfaction score as rated by consumers. You can click the arrows at the top of any column in the table to sort by the results in that column.
^ By clicking on a brand or ‘details’ button, you will leave Canstar Blue and be taken to our referral partner to compare. You agree that Canstar Blue’s terms and conditions apply to this referral. If you click on a brand that our referral partner does not cover, you will be taken to a brand page on Canstar Blue.
Canstar Blue research finalised in April 2021, published in June 2021. 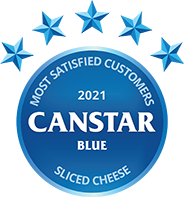 ALDI Westacre sliced the competition as the best-rated sliced cheese for the third year in a row. It also ranked as the best for value for money.

What’s better than sliced bread? Some might say, it’s sliced cheese! It can shave a few minutes off your lunch prep and melt your tastebuds as a tasty last-minute addition to homemade pizza.  It’s also the perfect companion for crackers, cheese toasties and kids’ lunch boxes. While this luxury may have you paying more, getting a consistent cut of cheese instead of one thick and one thin might be worth it. But with options extending to as many as there are in a sliced cheese pack, where do you even start? This is where our customer satisfaction ratings come in.

Canstar Blue has surveyed more than 500 Aussies to get their feedback on the sliced cheese they bought and ate in the last three months. Brands were scored on taste, variety, packaging design, value for money and overall satisfaction. Those that received the minimum required survey sample size of 30 responses are included in our review.

ALDI topped our sliced cheese ratings for the third year in a row after it received the only five-star review for overall satisfaction. It also rated best for value for money! 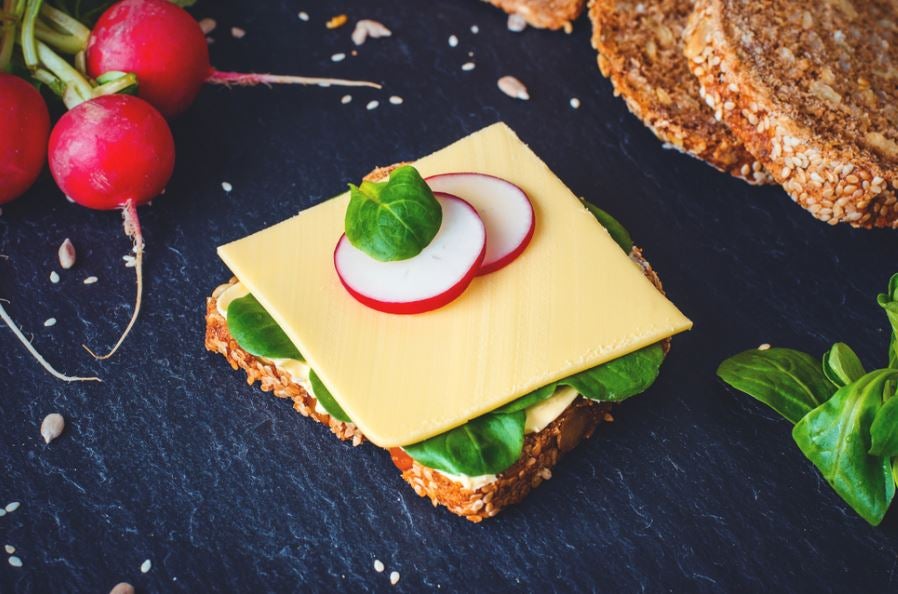 Here are the best sliced cheese brands in Australia, as rated by consumers in Canstar Blue’s latest review:

Jarlsberg and Bega stole the spotlight when it came to taste, both scoring five stars, as did Cheer Cheese when judged on packaging design.

About the winner – ALDI Westacre

ALDI is a favourite for many for its Special Buys but it also has you covered with the basic necessities too. From frozen vegetables and eggs to chocolate and alcohol,  ALDI is a big hit with Aussie shoppers. ALDI Westacre cheese is stated to be Australian-made and offers a number of different options. Expect your standard tasty (1kg) and extra tasty (500g) cheese blocks, in addition to cream cheese (200g) infused with apricot and almond or spring onion. It also offers a 97% fat-free cottage cheese tub (500g) said to be Australian-sourced with a sweet and mild flavour.

Canstar Blue surveyed more than 3,000 Australian adults across a range of categories to measure and track customer satisfaction, via ISO 26362 accredited research panels managed by Qualtrics. The outcomes reported are the results from customers within the survey group who have purchased and eaten sliced cheese from a packet (i.e. not from a deli) in the last three months – in this case, 569 people.

Here are the past winners from Canstar Blue’s sliced cheese review: 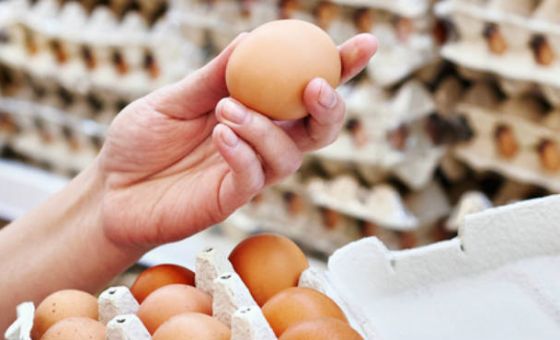 A number of eggs sold at Woolworths, Coles and independent stores across the country have been recalled due to a potential salmonella contamination. 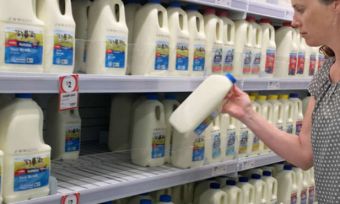 The days of $1 a litre milk appear to be over as Coles and ALDI have announced they are following Woolworths in increasing prices to support Australian farmers. 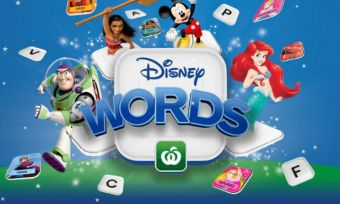 Woolworths will be hosting a Swap Day for its Disney Words promotion.

To help collectors finish off their sets, the swap day will be held at most Woolworths stores, excluding some metro areas, on Saturday 23 March … 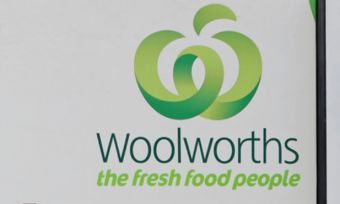 If you thought the supermarket price war was over – well, think again. Woolworths is holding a one-day only super-sale in its freezer aisles, with selected products cut to HALF-PRICE! But there is a catch…