While the broadband market is increasingly crowded, putting in some dedicated research could find you a great deal. When comparing internet plans, it’s likely that Flip will turn up in your research, especially if you’re looking at cheap internet deals. With the NBN rollout edging closer towards completion, more Aussie households will no doubt be after a good NBN deal and Flip may be just the provider for you. So, what can you expect from a broadband plan with Flip? Let’s take a look at what plans are currently available from this small but competitive internet provider.

Flip offers four base fixed-line NBN plans, all of which come with unlimited data. You can also bundle these internet plans with call packs, as well as entertainment packs. Plans start from less than $50 per month, while the call or entertainment bolt-ons start at about $10 extra per month. See below for a quick rundown.

Flip’s plans are all available on a no-lock-in-contract basis, with $0 setup fees and a BYO modem option. If you’d like to add on a new modem, you can bundle in the pre-configured Flip DS244WTV modem for $129, plus $20 delivery.

Aside from that, Flip sets out to sweeten the deal by offering:

The below table features a selection of published Flip NBN plans from Canstar Blue’s database, listed in order of cost from lowest to highest and then by data allowance. Use our comparison tool to see plans from a wider range of providers. These are products with links to a referral partner.

What does Flip offer?

The NBN is rolling out fibre coverage to 93% of Australians. The remaining 7% will be covered by fixed wireless and SkyMuster satellite technologies. Flip has an address checker on its website to let customers know what type of NBN is coming to their area, and when. Current NBN rollout covers many capital cities, as well as major regional hubs along the eastern seaboard, as pictured.

Flip offers more than just broadband; its own TV packs provide access to oft-unseen nations’ TV channels, from exotic European locations primarily. But more on that later. Flip has:

These add-ons mean Flip is more than just a cheap broadband provider. It offers unlimited data plus a range of extra stuff to whet your appetite.

Flip isn’t just an internet provider – it also offers its TV service, which is an optional add-on from $12.95 extra per month. It’s broadband TV, meaning the channel packs are streamed over the internet.

If you’re after a cheap set top box, this could be it. Flip has many different international packs on offer. Country packages include:

Channel package prices can greatly vary from $9.95 up to $29.95, with some country channel packs including both base and premium packages. Flip does also add other packages, so it’s worth keeping an eye out for any additional packages and countries on offer.

The only real competitor to Flip that offers a set top box and entertainment packs is Fetch. Fetch’s set top box deal is much the same as Flip, but you purchase it outright instead. It also offers Netflix, Stan and YouTube integration. Where Fetch shines is its entertainment packs, available from only $6 a month. You also get access to an on-demand movie library as well.

Unless you’re from a particular country, broad entertainment offerings may be better on Fetch, but for specific international viewing, Flip’s TV packs may be the winner. Fetch also does not offer any internet plans, but you can bundle a Fetch service with a variety of providers like Optus, Dodo and iiNet. Between Fetch and Flip, one isn’t necessarily better than the other, but it will be interesting to see if the latter can expand on its channel packs.

If basic browsing is all you’re after, Flip provides unlimited data for under $50 each month, and with typical evening speeds of 10Mbps. Value 12 plans are priced at $45.90 per month when you pay in advance, and $49.90 on a standard billing agreement.

Flip’s NBN 25 plans begins at $55.90 per month for pay-in-advance customers, and from $59.90 for standard billing. Typical evening speeds are listed at 21Mbps during peak hours, making it an ideal plan for smaller households.

At $69.90 per month (or $65.90 when PIA), Flip offers an affordable and simple NBN 50 plan, with typical evening speeds of 43Mbps. These speeds are great for busy families looking to stream video or needing to support multiple users online at once.

Flip has a range of customer service and support options, including a call centre, email, online forms and an online chat function.

Its call centre is open Monday to Friday 9am to 7pm, and Saturday 10am to 2pm. It’s closed Sunday.

How does Flip compare to other internet providers?

Flip, with its simple NBN plans and competitive call packs, stacks up pretty well against the competition. It’s pretty hard to beat Flip across the four speed tiers it offers, in terms of price and for unlimited data. Similar cheap providers include:

Overall it pays to compare a range of different providers. There’s more to look at than just the monthly plan price. Modem costs, setup fees and other sneaky charges can make or break the first month of a plan, so shop around.

Flip is a relatively new NBN and entertainment provider with very competitive plans. Coupled with cheap planprices, Flip also offers simple and cheap call packs. As an optional extra, Flip also offers its entertainment set top box service from about $10 extra per month. For international content it shines through, but for broader domestic content it may fall short for some people.

If used only as a set top box, it looks like a very enticing little package. Combine that with the convenience of Flip’s cheap NBN plans that come with no contracts, and Flip as a whole may be an ideal one-stop shop for all things internet and entertainment. 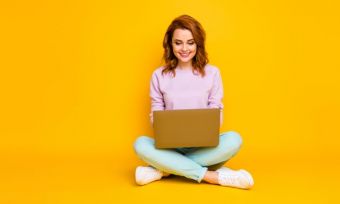