With the National Broadband Network set to finish 93% of its work in 2020, there’s still a lot of people who haven’t changed over, or are confused at what their type of NBN offers. One of the less common NBN types that comes up every now and then is Fibre to the Building, or FTTB, involving apartment buildings and their connection to the network. Read more below.

What is Fibre to the Building NBN?

FTTB stands for ‘Fibre to the Building’. It’s part of the rollout of the NBN network and is seen in apartment buildings where there are multiple properties needing an internet connection. FTTB involves running a fibre optic cable directly to your apartment building’s communications room, where it connects to an NBN node. From the node, copper wiring (pre-existing phone wiring) is used to travel up the building and distribute NBN access to all the apartments, where your connection is delivered through a phone wall socket.

FTTB is designed to be cheap, and is in many ways a decent compromise technology between Fibre to the Premises – the fastest and most expensive type to roll out – and Fibre to the Node, the slowest fixed-line connection type and least expensive to roll out. With FTTB being somewhere in the middle between these technologies in terms of speed, you should be able to achieve decent uploads and downloads without much stress.

How much do Fibre to the Building plans cost?

You can get an unlimited Fibre to the Building NBN plan for as little as $44.90 a month for the slowest speed tier, with faster speeds costing more. Data-capped plans are noticeably cheaper, but aren’t offered by many providers. For higher speed plans, make sure your provider can service your connection type, as some speeds are not available for some connections. See below for offered NBN prices.

What do I need for FTTB NBN?

For FTTB connections, there’s nothing too special required. In fact you should be ready to go straight away from an ADSL connection, provided that you have a compatible modem. You’ll need to connect a telephone cable from the telephone wall socket directly into the back of your modem. From here, you can use an ethernet cable directly from your modem to your computer, or use your modem Wifi connection.

How fast is Fibre to the Building?

On a maximum speed, Fibre to the Building plan, you can expect download speeds to reach between 75Mbps and 90Mbps during peak hours, with NBN 100 being the fastest speed tier available. However, like with FTTN and FTTC, the further you are from the NBN connection box, the slower your connection will be. Although apartment buildings aren’t too big, you may notice some distance latency. This is because the further you are from the distribution point, the slower your connection is over a copper wire.

Your speed will also be impacted by how many people are using the internet demandingly in your apartment, and will be naturally slower during those congested periods of 7pm and 11pm. Different providers also have different speeds, and some have higher typical evening speeds than others.

There are several other types of NBN you might come across:

Should I be concerned about my Fibre to the Building connection?

Fibre to the Building is in many ways one of the best NBN connections you can get, however alternatively you could look into getting a Fibre to the Premises connection with the NBN Technology Choice Program. Before you think about paying for that though, here’s a few things that you could do:

Make sure you shop around and consider any NBN alternatives that might work for you better. From the day that the NBN is activated at your property, you’ll have up to 18 months to swap over to the NBN. 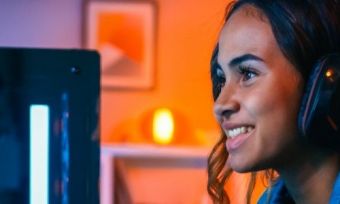 Want a better NBN plan? The top 5 NBN providers to compare before you switch