About to head off on an overseas holiday? There’s so much to think about before you leave, not to mention how you plan on uploading holiday snaps to Instagram and keeping in touch with friends and family while you’re travelling.

Global roaming can really add up if you use your phone plan as you normally would in Australia. Who hasn’t heard stories of people returning from their travels only to be greeted by a phone bill of hundreds or even thousands of dollars? For Optus customers on a postpaid or prepaid phone plan, or if you’re considering signing up to an Optus plan, there are several roaming options available from Australia’s second largest telco.

If you’re a postpaid customer with Optus, you’ll be able to add on an Optus Travel Pack (when travelling to select countries). If you’re on a prepaid plan, you can choose from a range of prepaid Add Ons. Optus also offers some global roaming inclusions on select postpaid plans (both SIM-only and plans bundled with a device). So let’s take a look at how you can use international roaming on an Optus plan.

For postpaid Optus customers on select plans, if you’re heading off to some of the more popular destinations, you’ll most likely have access to the $10 Optus Travel Packs. As the name suggests, for an additional $10 per day, you’ll receive the following daily inclusions:

Optus does state that with these Travel Packs, you can purchase multiple days at once and it will essentially pool the data for those days – so you can use that combined data at any time over those selected days.

Like with Telstra and Vodafone, Optus restricts which countries you are able to use a Travel Pack in. You’ll find that the Zone 1 countries that are listed by Optus cover many of the most popular overseas destinations. Most European countries are included, as well as much of Asia, North America, and of course, New Zealand.

If you’re on an eligible phone plan, adding on a Travel Pack is relatively simple. Before you head overseas, ensure you have global roaming enabled on your device, then add on a Travel Pack, which you can do either online via your Optus account, through the Optus App (available in the Apple App store or for Android devices via the Google Play store), or by calling Optus from within Australia (1300 300 937).

When purchasing your Travel Packs, you’ll need to buy your pack at least three days before you need it. You’ll then need to select your start date and consider time zones (making sure the start date is based on the date of the location/s you’ll be visiting). If you are pre-purchasing your Travel Pack for multiple days, keep in mind that you’ll need to include the date of your arrival and departure, as these Travel Packs are date inclusive. If you do exceed the 100MB per day data allowance, you’ll be charged for excess data at the data roaming rates for the country you’re in.

The Optus Travel pack is only available on certain postpaid Optus phone plans. There are several postpaid plans – both SIM-only and plans with a new handset – that already offer international roaming inclusions. If you’re on one of those plans, you might not be eligible to add on one of the Travel Packs. 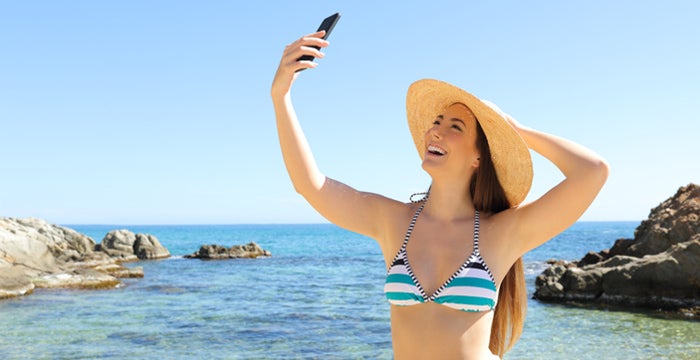 If you’re on a select Optus postpaid SIM-only or phone plan bundled with a new handset, you might find your plan has some international roaming inclusions. Not all phone providers offer this, so if you do travel quite regularly and you’ve been looking at a new phone plan, this might be enough to entice you to sign up. However, you will have to pay the premium price for these roaming extras, as only the top two more expensive plans (both SIM-only and plans bundled with a new phone) will offer roaming inclusions.

The following table includes these two Optus SIM-only postpaid plans as published on Canstar Blue’s database, listed in order of cost from lowest to highest. Use our comparison tool to see plans from a range of other providers.

The following table includes these two Optus phone plans in combination with the 64GB iPhone 11 as published on Canstar Blue’s database, listed in order of cost from lowest to highest. Use our comparison tool to see plans from a range of other providers.

If you’re not on any of these postpaid plans, you’ll need to add on tan Optus Travel Pack, unless you choose pay-as-you-go roaming or you’re travelling to a country not included in Zone 1.

Where can I use the Optus Travel Packs?

Benefits of the Optus Travel Packs

If you’re a postpaid customer visiting a country in Zone 2, and therefore not covered by the Optus Travel Packs, you’ll have to use pay-as-you-go (PAYG) roaming rates. PAYG means you’ll simply pay for what you use, with these charges added on to your mobile bill. For every call you make, SMS you send, and MB of data you use (although you’re charged per 10KB), you’ll be charged the rates for these services according to the country you’re in.

While the rates appear to be similar across most countries, it’s worth checking the Optus site before your head overseas to check the rates to your destination/s. For example, these are the rates for if you were to travel to Vietnam, which is a Zone 2 destination:

While these prices might not seem too expensive, keep in mind that these charges are per minute of calls, per text message and per MB of data used. If you were to use your phone as you normally would in Australia, these charges are likely to add up, meaning you could come home to a big phone bill. For example, going off the above rates, a 15 minute phone call would cost you $22.50, and using 1GB of mobile data will cost you $1,000. Looking at those costs, it’s easy to understand why travel packs are a much more affordable option for many of us.

If you’re on an Optus prepaid plan (either an Epic Data or Epic Value plan), you’ll be able to purchase international roaming add-ons. When you use the Optus app or log into your account online to recharge your plan, you’ll be able to add these extras when you’re recharging.

You’ll have the choice between a $10 Travel Credit add on with $10 of credit to be used for calls, texts and data roaming, with an expiry of 14 days. How much you’ll be charged for your calls, SMS and data use depends on which Zone your holiday destination is in. For Zone 1 countries, the roaming rates are:

As for Zone 2 countries, you’ll pay slightly more for your calls, SMS and data:

If you’d rather have data to use on your trip and you happen to be travelling to New Zealand, the UK, USA, Hong Kong or Singapore (and you’re on an Epic Data or Epic Value plan), you’ll be able to pick up the $20 Data Roaming pack. This data pack includes up to $210 value, which is the equivalent of around 10GB of data (charged at $0.02 per MB), with a five-day expiry.

Another option is to add on Extras Credit, which is available for four of Optus’s prepaid plans, with this credit going towards ‘extras’ like international calls, messages, roaming and premium SMS services. You can choose between a $10 credit option with a 14-day expiry, or $20 with 28-day expiry. You’ll need to check out the roaming rates to determine how much credit will most likely suit your needs.

Roaming on cruise ships with Optus

If you’re about to head off on a cruise, you can use your Optus global roaming when out at sea: however as it’s not covered by either of the country Zones, these roaming charges are higher than you’ll experience on land.

Keep in mind that your mobile device may be connected to the ship’s satellite when you’re roaming. As you can see from the above charges, using global roaming on a pay-as-you-go basis can be quite expensive, so it’s worth considering if this is really the right option for you.

Is Optus Global Roaming right for me?

While there are definite advantages to switching on global roaming with your existing Optus phone plan, even with a travel pack or add on, it’s still not the cheapest way to use your phone overseas. It can be useful to have access to your Australian phone number when you’re overseas, especially if you don’t plan on using your phone much and are using secure WiFi networks while on your travels. 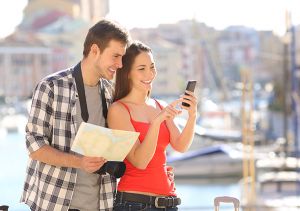 If you want to be able to use your phone as you normally would in Australia, especially for using data when you’re away from a WiFi network, you might be better off purchasing a SIM card from the country or countries you’re visiting.

While you’ll most likely need to do some research into this before you head overseas, it could be better than relying on free and sometimes unsecure WiFi networks. The downside is that if someone wants to call or text you, they won’t be able to reach you on your Australian number. You’ll also have to juggle between two SIM cards, unless you have a dual-SIM or eSIM compatible phone.

Before you head overseas, you’ll need to assess which option will be best for you. Have a look at the roaming rates for your destination/s and think about whether a travel pack or add on will have enough value for you. There are also specific travel SIMs you can buy, and both Telstra and Vodafone offer global roaming options, with Vodafone’s $5 Roaming one of the more well-known offerings.

What about an Optus SIM for visitors to Australia?

If you’re a visitor coming to Australia, there are lots of phone plan providers out there offering SIM cards to keep you in touch with friends and family on your visit Down Under. While there are many prepaid plan providers with some great options available to choose from (with some plans available on a short-term expiry), Optus has launched a special $30 Traveller SIM made specifically for visitors to Australia.

This SIM card is only available to purchase from the following major airports: Brisbane International, Gold Coast, Melbourne, Perth and Sydney International. You can find out more information on the Optus website.

OPPO A15 phone review: A surprising performance for a cheap price

What is the fastest 5G plan?