The Samsung Galaxy S20 FE (Fan Edition) is a welcome addition to the S20 family, having arrived in Australia in late 2020. Ideal for users that aren’t interested in spending a lot, but still want the full premium features of a flagship Samsung phone, this device makes a nice compromise in price and specifications.

That being said, there was a lot about this device that made a case for premium budget-minded phones, such as those from OPPO or LG, instead of what is essentially a stripped down S20, writes Zac Kelly.

The S20 FE itself is a mid-range handset, a smaller phone market that’s received quite a few entries this year, ranging from the LG Velvet all the way to the iPhone SE 2nd Generation. Aussies are quite spoiled for choice for phones like this, although previously Samsung has danced around this market, vying for either premium phones with the S series or budget phones with the A series – rarely finding an in-between. That’s until now, with Samsung’s release of a phone that’s essentially just a slightly weaker S20.

Starting at $999, Samsung has some steep competition releasing a phone into this smaller market. Samsung fans and people who like standard Android phones might be satisfied with this handset, however you can find decent alternatives with some $200 shaved off the price. 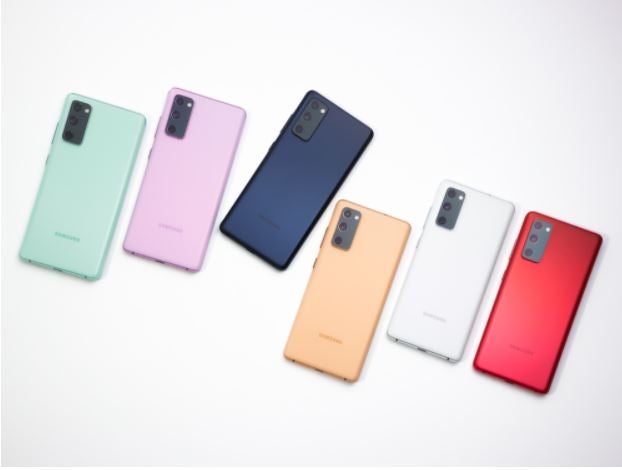 Display and design: Modern pop in a mid-range phone

Firstly it must be said that the finishes on the S20 FE are very nice. The phone is available in several finishes – Cloud Navy, Cloud Lavender, Cloud Mint, Cloud Red, Cloud White and Cloud Orange. As for the display, the smartphone has a 84.8% screen-to-body ratio, is widescreen, doesn’t feature a home button, and weighs 190g. It fits well in my hand, although I would definitely recommend a case – the back of the phone is very sleek and I worry about dropping it.

The screen is actually larger than its S20 counterpart, although it uses a Full HD+ panel, instead of the QHD screen on the S20. Both phones are 120hz, however you’ll find that picture quality on the S20 FE is lower. I didn’t find this to be a problem, but if you care about watching stuff on your phone, this might matter to you.

As for the operating system, there’s not really a lot to say – it certainly is an Android! I found that there isn’t that wide a variety of customisation options, but it definitely felt unique and usable. It’s fast, responsive and has enough options between apps to satisfy any user, although I did find the facial recognition to be a bit hit and miss, as it often wasn’t picking up on my face. Fingerprint recognition worked fine. 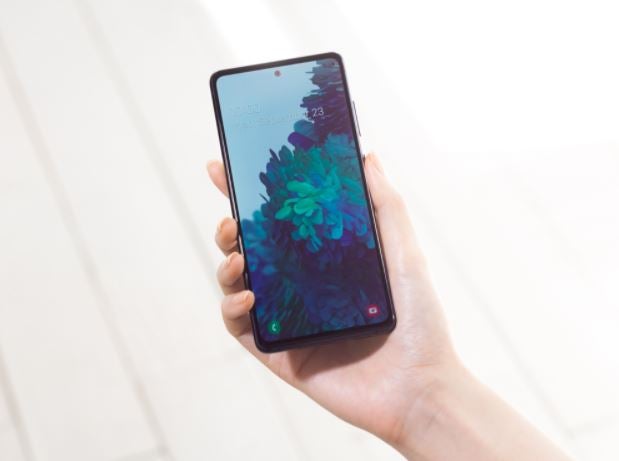 Performance: Perfectly useable, and worthy of the Samsung name

There’s not much I can fault the S20 FE on performance-wise, other than the fact that facial recognition would often not work for me. Games worked fine on this phone, as did calls, Bluetooth, music and web browsing. I was also able to have multiple apps running on this phone at any given time without the speed dipping. Using a Snapdragon 865 processor and an Adreno 650 GPU, it’d be surprising to see this device lag behind.

The phone charges super fast with 25W Fast Charging, and the battery seems to last a long time, sitting at 4500mAh. That’s certainly impressive for a supposed budget phone, and I’d say this phone would work perfectly for a casual user on the go. The phone is also IP68 rated for dust and water resistance, and can stand being submerged for 30 minutes at a 1.5 metre depth, another welcome feature for a cheap phone. It should also be noted that this phone is available with several mobile network options – 4G-only and 5G models are both available – and a variety of storage and RAM capacities. 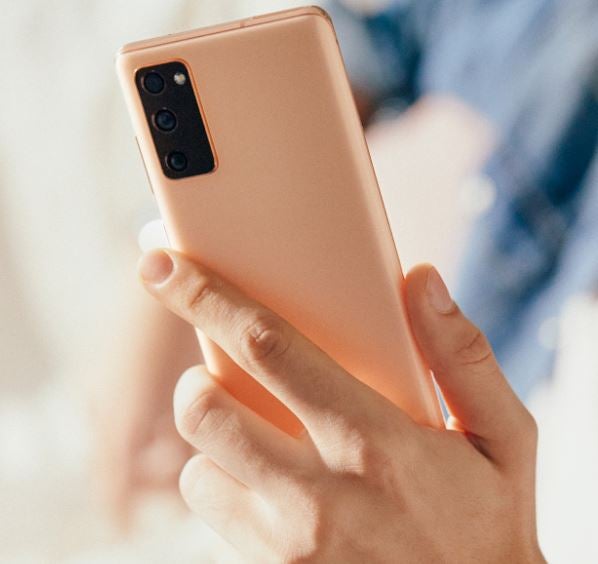 Considering a phone upgrade? Get a new plan while you’re at it

Changing your handset is the perfect time to scan the market for a good phone plan. Data and inclusions are always changing for phone plans, and you should make sure you’re getting your money’s worth. Consider the plans in the table below, from postpaid and prepaid listings in our database.

The camera: Perfect for the price 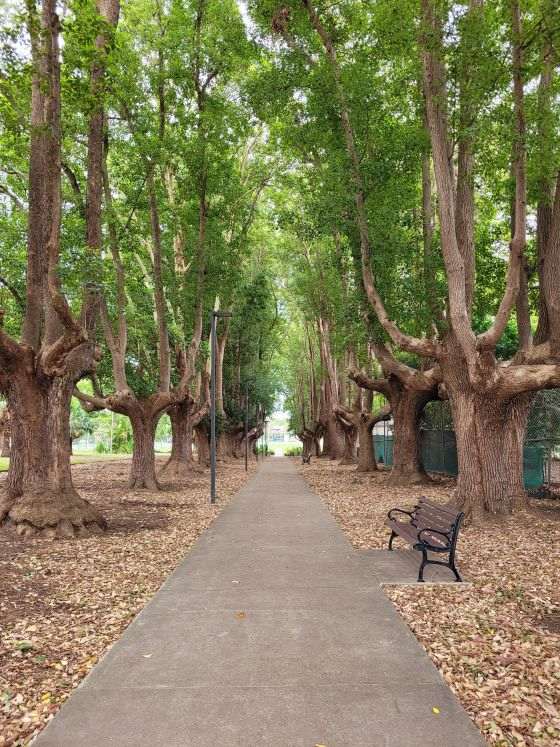 A phone for roughly $1,000 would surely be missing out without some impressive camera tech. You’ll find in the photos that the lenses are more than capable of some decent shots, although it’d be a mistake to get this phone for the camera alone.

Consider a phone that holds the camera at a high priority if this is your intention, although for a mid-range phone, you can certainly do worse than the S20 FE. There’s three cameras on the back (12MP, 8MP and 12MP) and one on the front (32MP), and they all work pretty hard to get you some decent snaps. 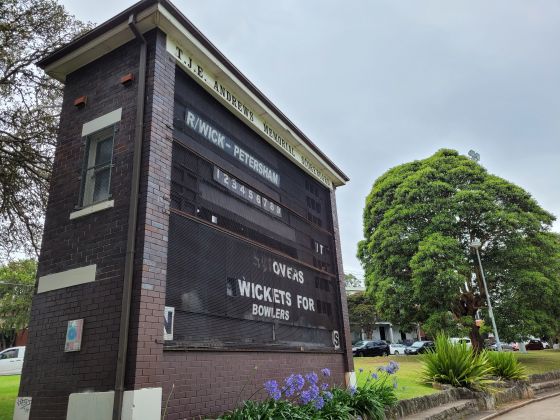 I didn’t have any issues taking any photos – the user interface is easy enough to use, and you have a lot of choice in the types of photos you can take to make those colours pop. 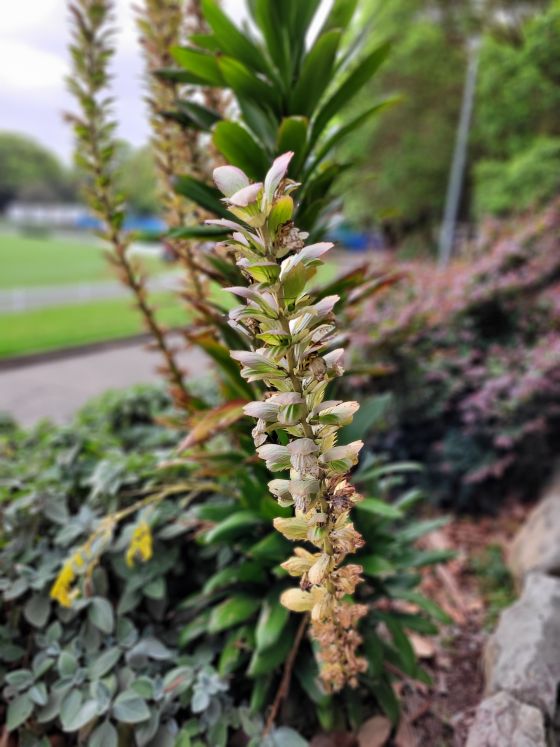 The Samsung Galaxy S20 FE is a fine phone, perfectly capable of everything a premium phone can do, bar a few smaller things, like camera and screen quality. It also comes with a 5G model, perfect for somebody after the next generation of phone signals, and the phone starts at $999 (for the 4G model).

Available from most handset retailers, including from Optus, Telstra and Vodafone, in a massive range of colours with your choice of a 128GB storage and 6GB RAM model, a 12GB/ 8GB RAM model and a 256GB/ 8GB RAM model, the S20 FE is a great mid-range phone. However, if this is too steep a price, it’d be worth looking at the OPPO Find X2 Lite, the iPhone SE 2nd generation or the LG Velvet, which are all mid-range and just as capable as the Galaxy S20 FE.