The OPPO Find X2 Lite is a mid-range phone, fully capable of performing in the same ways a standard luxury phone can, punching well above its weight. It doesn’t stumble in many areas, and where it doesn’t stumble it glides. Being a 5G phone, you’d expect something like this to hit the price point of at least $899, but the Find X2 Lite sits at a comfortable $749. The Lite has an impressive array of cameras, fingerprint and facial recognition, NFC chip and a great processor, and for what minuscule flaws it has it doubles down with strengths, writes Zac Kelly.

OPPO: The Apple and Samsung Challenger

For years, the two camps of the smartphone world were Samsung and Apple, both gunning for the same consumer base with promises of luxury, style and efficiency by producing products at competitive price points. Over the past few years though, some outliers have challenged this, and one of the more successful has been OPPO. A Chinese phone brand, and the biggest smartphone manufacturer in China, OPPO has crashed waves against Samsung and Apple with great prices and phones on the same technological level, and the Find X2 run of phones is no different.

The OPPO Find X2 Lite is a more than capable handset, and one of the more affordable 5G phones out there. It’s a stripped down version of its big brother, the OPPO Find X2 Pro, and both handsets are capable Samsung and Apple contenders. We reviewed the OPPO Find X2 previously, but today we’re talking about its mid range counterpart, which only has a few features shaved off to save you a huge $850 between price points of $1,599 and $749. 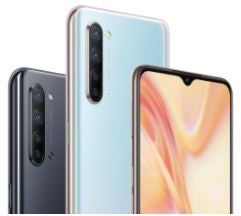 Display and design: Flashy and elegant

The display and design of the Find X2 Lite is admirable, definitely fitting into the upper-mid range of phones comfortably. Bringing on the same camera arrangement as most smartphones in 2020 with a top-to-bottom layout, and being available in Moonlight Black and Pearl White, the phone looks terrific. Out of the box, you’ll get a transparent case, so you can flex the colour of the phone you bought. The screen itself is wide and adopts the wide-screened approach many larger phones have picked up.

The screen itself is 6.4”, or 100.4cm squared, with an 84.3% screen-to-body ratio. Its resolution is 1080 x 2400 pixels, capable of 16 million colours with its AMOLED display. Watching Netflix and YouTube videos on this display, I wasn’t disappointed in the slightest. If you want to watch content or view content on your phone this screen doesn’t let up.

Where I find to be the real victory for the Find X2 Lite and most OPPO phones is the operating system. OPPO’s signature Colour OS is a modified version of the standard Android operating system, and looks a lot like a halfway between Apple and Android. As someone who has only ever bought iPhones, I was overjoyed with how customisable the phone was. I could customise widgets on the phone, adjust sizes, remove things I didn’t like – such as the three iconic Android buttons (in favour of the gestures feature) – and add things that I do like, including having one screen with everything on it. 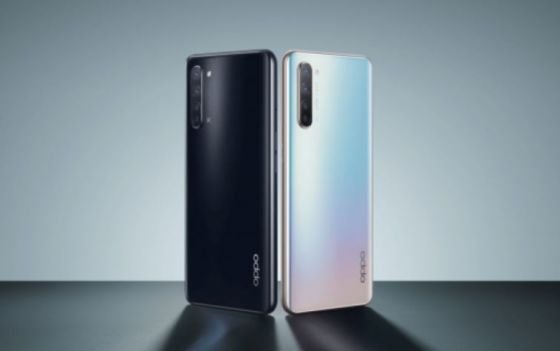 I’m struggling to think of any areas where I noticed the performance of the OPPO Find X2 Lite drop off significantly. Everything seems to open fast enough, and when using the Colour OS operating system, everything works easy without fault.

The battery is great – a 4025mAh battery that I found to get to a full charge in less than an hour. The phone comes packed with a Qualcomm Snapdragon 765G processor and an Adreno 620 graphics processing unit. Backing these up is 8GB of RAM and 128GB of storage capacity, great for tonnes of photos and apps. Memory is not expandable, and you can put two SIMS in the phone. The phone itself was perfectly capable on the go – calling people, receiving calls and using data away from my home WiFi all worked well, and although my experience with the phone was on the 4G network (the Optus network through Moose Mobile), and likely will be most of your experience too, the phone itself will be a welcome addition to the 5G catalogue.

For gaming, the phone works well enough. I tested it with Call of Duty Mobile, a multiplayer first-person shooter running some impressive graphics on a phone, and it runs perfectly fine. I’ve already discussed that the display really shines, especially when watching things on Netflix and the like. It doesn’t provide me with an eye-watering experience I’ve never seen before from a phone, and the refresh rate of the screen seems pretty stock standard, but overall it’s a great display. The speakers, however, seemed somewhat lacking, as they’re mono and only exist on one side of the phone. Making up for this is a headphone jack, an always-welcome part of a phone.

I found myself using wireless headphones on the go quite often with the Find X2 Lite. Sometimes the headphones would disconnect briefly, which was obviously annoying when listening to music or podcasts, but ultimately it performed pretty well.

Keep these things in mind, however. The X2 Lite doesn’t have an IP rating, meaning water damage to this phone should be kept in mind. Don’t go swimming with this phone! The device doesn’t have wireless charging either, which isn’t uncommon among OPPO phones (the rare ones that do subscribe to OPPO’s exclusive standard of wireless charging). The X2 Lite does however come with an NFC chip, so don’t worry about not being able to pay on the go. 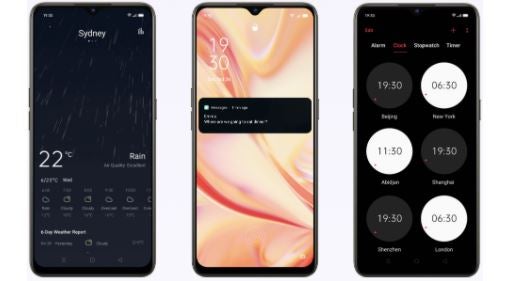 After a new phone? How about a new mobile plan as well

If you’re buying a new phone this year, it’s definitely a good time to see what’s going on in the world of mobile plans. 5G plans have become more widespread thanks to Telstra, Optus and Vodafone (despite not being too widespread coverage wise) and phone plans are always changing from every provider – so why not give the table below a look.

The camera: Competent enough for a social user 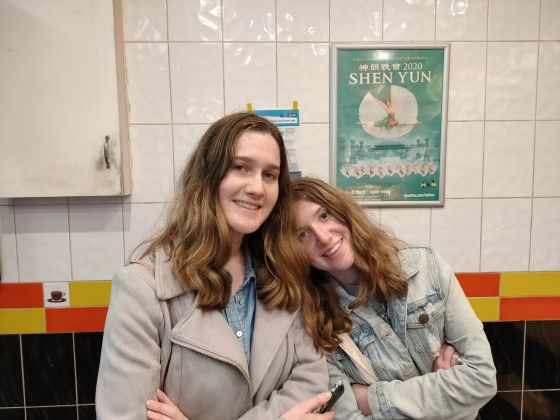 The cameras offered in this phone aren’t the best on the market, but they’re far from being a reason not to buy it. You’ll find that for general use the camera works perfectly fine, it’s quality consistent. On the back, you’ll find four cameras – a 48MP camera, an 8MP camera, and two 2MP cameras, one capable of depth. The selfie camera is a 32MP camera. I found the camera to be easy to use and ready in no time both for close up and for far-away shots. 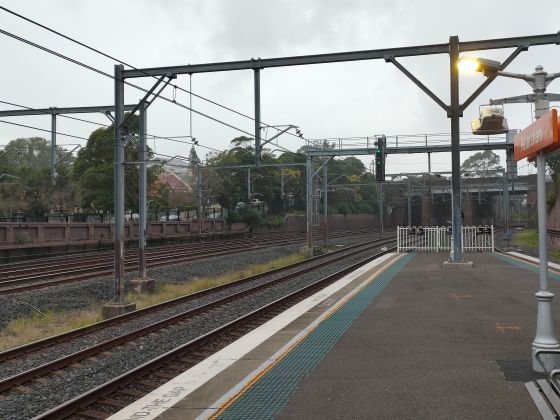 OPPO isn’t asking for much from you with a $749 price, in fact its phone offering here is quite generous. Of course, in terms of the size, processor, memory, camera and battery, the phone has been shaved down from the Find X2 Pro – but with $850 shaved off too, this is a welcome trade. This phone is one of the cheapest ways that you’ll get a 5G phone, and if you can get past the speakers, the lack of an IP rating, or the lack of wireless charging, this’ll be a great phone for you.

The OPPO Find X2 Lite is available in Moonlight Black and Pearl White, and is available from Optus, Woolworths Mobile, Vodafone, Bing Lee, JB Hi-Fi, Mobile Citi, Wireless 1, Amazon and Retravision. If you’d like to see some of the available phone on a plan offerings, see the table below, containing 24-month and 36-month plans. You can use our comparison tool to compare offerings from providers. This is a selection of products with links to a referral partner.