Apple has finally unveiled its long-awaited ‘budget’ iPhone – and while it’s not quite as wallet-friendly as competing entry-level devices, it’s significantly cheaper than the flagship iPhone 11 range.

Named the iPhone SE – the same moniker given to Apple’s 2016 ‘special edition’ affordable phone – the device is set to replace the iPhone 8 in Apple’s product lineup, and features the same 4.7-inch display size. The iPhone SE will be available in 64GB, 128GB, and 256GB storage sizes, and pre-orders are set to go live Friday, 17 April.

Here’s what we know about Apple’s new, affordable iPhone SE.

As stated, the SE features a 4.7-inch Retina HD display, encased in an aluminium body. By 2020 standards, the design is almost retro: Apple has brought back bezels, as well as the home button with Touch ID fingerprint scanning – there’s no in-screen sensors here. The device also comes with an IP67 rating, meaning it’s splash and dust resistant, and can be submerged under water up to one metre for up to 30 minutes.

While there’s a definite throwback element to the SE’s looks, under the hood it’s all business. Apple has included its A13 Bionic chip in the SE, the very same chip found in the iPhone 11 and 11 Pro. The device also includes Qi wireless and fast-charging compatibility, and will offer around the same level of battery life as the iPhone 8 – about 13 hours of video, or 8 hours of streaming. 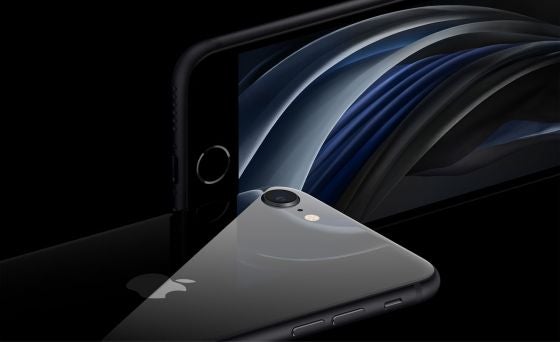 The SE will run Apple’s new iOS 13 operating system, so you’ll get most of the software features found in the iPhone 11 range. This includes serious privacy updates, as well as the improved Siri voice assistance, AirPods audio sharing, and a new CarPlay dashboard.

The device is also dual SIM, and is nano SIM and eSIM compatible. One thing not included? 5G compatibility, a feature that Apple is likely to introduce to its flagship iPhones later this year.

The SE will also include iOS 13’s camera and video enhancements, such as Portrait Lighting Control, new video editing, and a new curated Photos app – which brings us the handset’s camera lineup.

The SE comes with a single camera lens both front and back, scaling down from the multi-lens setup of the iPhone 11. In the back, you’ll get a 12-megapixel wide-angle camera with plenty of features, including 4K video recording at up to 60 frames per second, next-generation Smart HDR, and Optical Image Stabilisation.

The SE will be available in three colour options: Black, White, and (PRODUCT) Red, the latter design contributing to the Global Fund to fight AIDS. You’ll be able to pre-order the iPhone SE in all storage and colour options from 10pm AEST on Friday, 17 April, and the phone will arrive in stores on Friday, 24 April, 2020.

The big question, as always, is how much the SE range will actually cost. While we don’t yet know how telcos will be pricing their iPhone-on-a-plan options, outright retail pricing is as follows:

Compared to the prices of Apple’s 2019 iPhone 11 series – which began at $1,199 for a 64GB iPhone 11, up to a massive $2,499 for the 512GB iPhone 11 Pro Max – the SE series is an affordable alternative to more premium iPhone options. Whether it can really be considered ‘cheap’, especially in the current economic climate, is up for debate – there’s several other brands, such as Samsung, Huawei and OPPO, offering similar and higher-end specs for equal or lower prices.

If you’ve been eyeing an iPhone upgrade but have been put off by pricing, this may be a less expensive way to get your mitts on a brand new Apple device. Keep in mind that you’ll be able to pick up these devices on plans from Telstra, Vodafone and Optus, which will divide the full price into monthly payments covering 12, 24, or 36 months.

The following table includes a selection of 24-month for the 64GB iPhone SE published on Canstar Blue’s database, listed in order of cost from lowest to highest and then by data allowance, largest to smallest. Use our comparison tool to see a range of plans for other devices and from other providers. This table includes products with links to a referral partner.