Horror is one of the most popular genres in film and TV. It has generated a huge following of dedicated fans, from classic horror films such as The Exorcist and Rosemary’s Baby through to newer shows like American Horror Story and The Haunting of Hill House. Even the worst horror movies can often develop a cult following.

Horror as a genre has us flocking to the cinemas for the latest big releases and staying in on a Friday night snuggled up on the couch, looking for the next jump scare. If you’re looking for some good edge-of-your-seat thrillers to binge-watch on Netflix, we’ve put together a list of horror movies and shows to add to your watch list the next dark and rainy night. But you might want to keep the lights on.

While how scared you may get during these movies will depend on how much of a horror-movie veteran you are, here are some of the top horror movies currently streaming on Netflix:

If you loved A Quiet Place – then you’ll love this OG silent thriller. Don’t Breathe follows three Detroit delinquents; Rocky (Janey Levy), Alex (13 Reasons Why’s Dylan Minnette) and Money (Daniel Zovatto) who all make a living from robbing houses around their neighbourhood. Rocky wants nothing more than to raise enough money to move herself and her younger sister to California to get away from her abusive mother and her alcoholic boyfriend. After she receives a tip that a blind man in a nearby house is keeping $300,000 in cash, the three decide to rob him – but everyone knows that karma is real and that maybe they shouldn’t have been so confident.

In the Tall Grass

This looks ridiculous. But also, scary. Aka, the Halloween dream team. In the Tall Grass is based off a novella by father-son combo Stephen King and Joe Hill. It follows brother and sisters Cal and Becky, who are on a road trip so that pregnant Becky can give her baby up for adoption. While stopping on the side of the road, the two hear a young boy calling out for help from a nearby field of tall grass and run in to look for him. But the two are quickly separated, and learn that evil lurks within the tall grass, and that there may be no way out.

Hereditary looks absolutely terrifying. Some of the staff have said it was fantastic, and some *cough* are too scared to even watch it. The movie stars Toni Collette and Gabriel Byrne as the parents of Alex Wolff (he was a lot less scary in The Naked Brothers Band) and 13-year-old Milly Shapiro (she is extremely scary in this). It’s difficult to explain the plot of this one without giving anything away (and trust us, the plot twists are part of what makes the film) – but basically, the family is haunted by a demon after the death of their secretive grandmother. That’s all we have to say.

The Cabin in the Woods

In the slasher-horror genre is The Cabin in the Woods, created by Drew Goddard and Joss Whedon (who both worked together on Buffy the Vampire Slayer and Angel), and starring our very own Chris Hemsworth, just as his career as a superhero started to take off. While this movie starts off just as any other slasher-horror movie does — a group of friends spending time together in an isolated place, like a cabin in the woods — there is much more to this movie than that.

The Cabin in the Woods draws on many slasher and horror stereotypes while adding in twists and turns not normally expected in movies like this, which isn’t surprising considering Goddard and Whedon’s background. Even if you’re not a huge horror film enthusiast, it’s a great film – and while there are some gory moments (perhaps not great if you’re squeamish), this movie might surprise you.

Looking for more scares? Check out BINGE’s huge library of shows and movies, with three plans to choose from. Prices start at $10 per month for a basic package and go up to $18 per month. Check out the plan inclusions in the below table. This table includes links to a referral partner.

It’s a classic and really needs no introduction, but if old-school horror is your thing, The Exorcist is available for streaming on Netflix. It was initially released in 1973 to huge box-office success, and was even nominated for 10 Academy Awards (and won two!).

The Exorcist tells the story of a young girl, Regan, who becomes possessed by a demon. Her worried mother enlists the help of two priests to perform an exorcism as her daughter increasingly acts out as the demon takes hold. Even all these years later, it’s not a film for the faint-hearted, and is rated R 18+.

While the title does give away the main premise of the film, The Ritual takes you on a wild journey into the northern forests of Sweden following four guys on a hiking trip. They eventually take a wrong turn, as you’d expect, and stumble across — you guessed it — a ritual.

This movie blends the typical horror movie with Swedish folklore, and it’s worth checking out for something a little bit different to the typical slasher horror trope.

If you like your horror with a splash of magic and horror, Apostle might be the right choice for you. Set on a remote Welsh island in 1905, Thomas Richardson is in search of his sister Jennifer, who has been kidnapped by members of a mysterious cult. As Thomas attempts to infiltrate the group to save his sister, the mysteries of the cult and the deity they serve on the island begin to unravel.

Sci Fi horror can be great when it’s done well, and Event Horizon just might be the right movie for you. While it received a fairly negative reaction on release, it was a big success when released on DVD, proving that critics don’t always know what’s best.

Starring a pre-Matrix Laurence Fishburne and a post-Jurassic Park Sam Neill, Event Horizon tells the story of a space exploration crew responding to a distress signal from a spaceship long believed to be lost — the Event Horizon — the first ship designed for faster-than-light travel. Upon finding the ship, things begin to unravel almost immediately, as the rescue crew begin to discover what happened to the Event Horizon’s crew and what might soon happen to them…

Prefer your horror with a comedic slant? The Babysitter is about, you guessed it, the babysitter! When our young protagonist Cole spies on his babysitter, Bee, after dark, he discovers a terrifying truth about what she and her friends get up to at night.

The Babysitter has all the ridiculous blood and gore you’d want, with a splash of teen demonic-cult members thrown in for good measure. It’s a bit ridiculous, but a lot of fun.

Looking for something to keep the kids entertained while you catch up on your favourite horror movies? There are two plan options to choose from – a monthly subscription at $11.99 per month, or prepay for a year at $119.99 and save on the monthly cost. Both plans include the same features, with unlimited downloads and the ability to stream on up to four screens at the same time. This table includes links to a referral partner.

Prefer your horror to last more than a couple of hours? Here’s a small selection of horror shows to get you started on your Netflix-binge journey. Here are some of the top horror shows on Netflix:

The Order may appear as just another corny teen ‘horror’ show, but this Canadian supernatural show has won over fans and critics alike (100% on Rotten Tomatoes, anyone?) When Jack Morton (played by Jake Manley) arrives at Belgrave University, he joins a secret society titled the Hermetic Order of the Blue Rose which teaches magic. However, all is not fairies and pixie dust as Jack is thrust into a world of dark arts, family heritage secrets and vengeance, and an underground battle involving werewolves. Trust us on this one!

One of the biggest shows to hit Netflix over the past few years, we couldn’t leave Stranger Things off this list. Set in the 1980s in a fictional US town where a nearby laboratory conducts a range of paranormal and supernatural experiments, this results in some weird things happening to the town and its residents. Currently there are three seasons with eight episodes each to watch, so there’s plenty of Stranger Things for you to binge-watch.

The Haunting of Hill House

This Netflix Original series is highly rated and boasts Stephen King and Quentin Tarantino as fans. The Haunting of Hill House is based on a novel of the same name by Shirley Jackson. While the show deviates somewhat from the original novel, it’s still got what you’d expect of a show with ‘haunting’ in the title — a bunch of people in a creepy house experiencing paranormal phenomena. If you like supernatural horror, this show is definitely right for you.

Set up as a documentary-style show, Haunted features a different story each episode, where people recount paranormal experiences they’ve had, with the stories recreated by actors. You might find some familiar stories among the two seasons of this show, and while it’s supposedly based on ‘true stories’, you might want to take it with a grain of salt, and simply sit back and enjoy the show.

If you’re looking to lighten the mood a bit, check out our guides on what else is available on Netflix, or head over to our ratings to find out what the best-rated Pay TV and streaming services is in Australia. 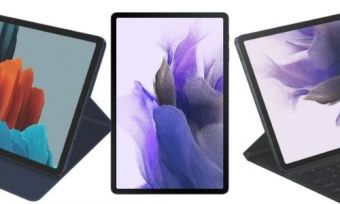