When it comes to entertainment, you’d be hard pressed to find someone who hasn’t heard of Paramount Pictures, the studio behind a number of classic film and TV shows, with a rich history that dates back over 100 years. And it’s because of this rich history and vast library, that Paramount Pictures have been making moves to enter the streaming market, with Paramount+ coming to Australia. But what exactly can you get with Paramount+, and how much will it cost you? Find out all you need to know about Paramount+ in this Canstar Blue guide. 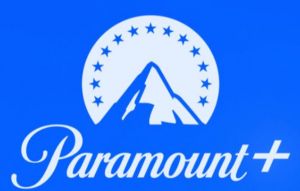 Paramount+ is also a rebranding of Channel 10’s online streaming platform, 10 All Access (as Channel 10 is also owned by Viacom CBS), which means that in addition to plenty of US shows and movies, Paramount+ will also feature 10 All Access’ library as well.

How much does Paramount+ cost?

Paramount+ costs $8.99 per month, with an annual subscription available for $89.99 (which equates to $7.49 per month, saving you 15%) making it cheaper than a number of the streaming services already available in Australia. However, there’s no tiered system like Netflix or Stan, where you get more features and better quality streams for a higher fee, with Pararmount+ instead following Disney+’s lead with a one-subscription-type-fits-all approach.

You can cancel your subscription at any time, although you’ll have to pay for the rest of your current month before the next billing cycle, with Paramount+ also offering the option to switch to an annual plan in the Settings, meaning if you like what you’re seeing you can sign up for the long haul and save some money along the way.

If you want to see how Paramount+ stacks up, here’s a breakdown of the costs from the major streaming platforms in Australia.

Information collected from each streaming service’s website. Accurate as of November, 2021.

Does Paramount+ have a free trial?

Paramount+ has a seven-day free trial available for new customers, with a subscription beginning after the trial ends. You’ll have to sign up with an email address and credit card to create an account, but won’t be charged until the free trial runs out.

Paramount+ claims to be home to over 20,000 titles, including a range of US shows and movies from studios and channels such as Paramount Pictures, Sony Pictures Television, Showtime, Nickelodeon, Comedy Central, MTV, CBS, in addition to the content currently available on 10 All Access. Paramount+ will also offer a number of originals, with more exclusive and original content expected to roll out as the platform gets up and running in Australia. Here are some of the major titles available on Paramount+:

Similarly to Disney+’s layout, Paramount+ has a square for each of its subsidiaries, including Showtime, Comedy Central, MTV, Nickelodeon, Nick Jr, Smithsonian Channel and the Paramount+ Originals, allowing you to quickly jump into a channel that you want to watch. You can also filter by Series and Movies, with Paramount+ also offering a Live News stream from CBSN. And for parents, you can also set the parental controls so that the kids stick to the kids section.

In addition to plenty of shows and movies, Paramount+ also picked up the broadcasting rights to a few sporting leagues, including the A-League and W-League soccer.

How to watch Paramount+

Like many streaming services, Paramount+ can be streamed either directly via a website, or through a streaming app available on Smart TVs and mobile devices. Compatible devices include iOS and Android smartphone and tablets, as well as Apple TV, Android TV, Chromecast, Fetch, Telstra TV, Fire TV and Google TV.

Want to keep movie night going? Why not check out Disney+? Starting from $11.99 per month, Disney+ has plenty of movies and shows on offer. Sign up below. The table below contains affiliate links.

Is Paramount+ worth it?

In a market full of streaming services all vying for your attention, one more entrant can seem like a waste of time. However, with Paramount+ looking to give us plenty of classics, new releases, exclusives, news and even sporting leagues – all at a relatively cheap price – it may be well worth exploring. However, if you’re still not sure, you can always make use of the seven-day free trial before you have to hand over any of your hard-earned dollars, allowing you to see what the new service is all about, and have a bit of fun along the way.