TV shows can put us through a lot. They can make us laugh, cry, fall in love with characters, or make us loathe them completely and utterly, until a twist and a well-written character arc can completely change the game. But finding that next TV show to keep you hooked can be tricky, with some shows dragging on too long, or not long enough, meaning that getting involved in the characters and settings can quickly become a double-edged sword. But if you simply enjoy watching TV shows for the sake of entertainment, you’ve got plenty to choose from – almost too much. But that’s where Canstar Blue steps in, with this guide outlining the best TV shows on offer from new entrant to the Australian streaming market – Paramount+. Read on below to find out what might be your next favourite show.

If you’re looking for some binge-worthy TV shows on Paramount+, here are some titles that are sure to keep you coming back for the next episode:

Before Yellowstone, there was the journey. And that’s what 1883 explores, following a group of travellers as they journey from Fort Worth in Texas to eventually settling on the land that will become the Duttons’ ranch in Montana. Shea Brennan leads the expedition, motivated to see the frontier again before it’s spoiled by man, and is joined by a crew of ex-military men and families as they navigate the rough terrain and cruel world they all live in.

Kingstown, Michigan is a strange little town. With its landscape dominated by the large prison built there, Kingstown is also home to plenty of criminals that walk the streets, above the law, and all trying to control the power that the prison holds in the form of drugs, labour and industry. The McLusky clan is a family that’s seemingly on both sides of the law, looking to maintain control and balance in both the town and the prison itself, with plenty of tensions on both sides of the fence. And if none of that interests you, it also has Jeremy Renner in it.

The fear of flying (or rather, the fear of the plane crashing) is a very real one, and one that’s explored in shocking detail in Yellowjacket. When a plane carrying a girls soccer team crashes into the wilderness, the girls splinter off into groups for survival, and do things that many hope that we never have to do. The show splits the narrative into present day, where the girls have grown up, but are still haunted by what they did, as well as when their plane crashes and when they did anything to survive.

Being single can be tough for some, with newly-single mum Lauren finding that out. But after she decides that she’s just after some non-committal romance, she also realises that she needs to bring something to the table: organisation. With help from her best friend Alex, Lauren creates a spreadsheet (because why not) to keep track of all her potential hookups, and her dating landscape quickly shifts. It’s an Aussie entry to this list, meaning it’s a must watch to see what the local talent is up to.

One of the exclusives on Paramount+, Two Weeks to Live stars Maisie Williams in the six-part miniseries, who plays a girl who has grown up off the grid under the watchful eye of her overprotective mother. Williams escapes from her home after seeing a fake video that is claiming the world will end in two weeks, and sets off to get revenge on the man who killed her father. It’s a wild premise, but we’ll stick it out to see how it ends.

One of the mainstays of the 2000s and 2010s television, Dexter follows Dexter Morgan (played by Michael C. Hall), a forensic technician who also moonlights as a serial killer, unbeknownst to his colleagues and sister, who all work in the police force. However, Dexter is the “good” kind of serial killer (or as close as you can get to a being the good kind of someone who actively murders other people), going after murderers and the like who have escaped justice, although he has to keep looking over his shoulder so that his double life remains hidden.

An adventure in the art of breaking the fourth wall, House of Lies stars Don Cheadle as Marty Kaan, a cold and manipulative consultant who leaves his high-paying job to start his own firm. What follows is a lot of struggles, questionable practices and hilarious interactions, as Marty looks to close any and all deals that are in his vicinity, often alienating many of those around him. If you’re use to Cheadle being War Machine in the Marvel movies, this is a bit of a shock, but not a bad one.

Originally a Channel 10 production, Five Bedrooms is an Australian production detailing the story of five people – who are all at different stages of their lives – as they all meet at the singles table at a wedding. Well, as any singles table will do, they get drunk and decide to solve all of their problems by buying a five-bedroom house – together. Starring a number of familiar Aussie faces, including Kat Stewart, Stephen Peacocke and Hugh Sheridan, the show is currently in its second season, and worth tuning in for a bit of Aussie humour.

Ray Donovan (played by Liev Schreiber) is a fixer. Good with his hands, a natural problem solver, a real people person. The only problem is, is that he’s a fixer for a crime family, and that you don’t want to be on the wrong side of him. The show details how Ray gets the job done for his clients, as well as balancing a young family at home, and how he tries to remain human at the end of the day.

While Paramount+ may only offer a few episodes and skits of the hilarious Key and Peele, watching them is certainly worth it (and maybe watching them again). From the mind of Keegan-Michael Key (who plays Obama’s Anger Translator Luther) and Jordan Peele (who has since gone on to direct the amazing films of Get Out and Us), the two created a variety of skits and performances that hone in on social situations and stereotypes, all of which are a good time to watch and enjoy.

If you’ve managed to make your way through the above list, don’t stress, there’s always plenty of movies on Paramount+ as well, or you can jump ship to see what TV shows are on BINGE or Netflix.

Need something else to binge-watch? Why not check out Disney+? Starting from $11.99 per month, Disney+ has plenty of movies and shows on offer. Sign up below. The table below contains affiliate links. 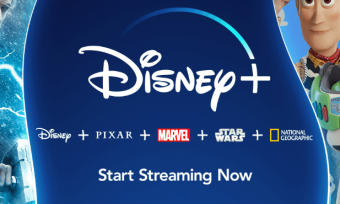