The hit show Breaking Bad first came to the screen in 2008, and since then has gathered a huge following of adoring fans. The show follows the epic journey of chemistry teacher Walter White who, in the face of death after a lung cancer diagnosis, realises he may leave his family destitute. In order to leave his wife and children with enough money to carry on, he decides to put his chemistry expertise to the test and enter into the world of illicit drugs. The show is a frequent entrant to many ‘top shows of all time’ discussions, and it’s easy to see why. But whether you’re entering the world of Walter White for the first time or you’re returning for the umpteenth time, where can you watch Breaking Bad in Australia? Find out in this Canstar Blue article.

Where to watch Breaking Bad in Australia

Breaking Bad can be streamed via Stan and YouTube Premium, or can be rented or purchased through Fetch TV, iTunes, Microsoft and Telstra TV Box Office. Most streaming services offer the full series, meaning you won’t miss out on any of the story!

Fetch TV subscribers have access to all five seasons of Breaking Bad, with individual episodes available to purchase for $2.99 each, with seasons costing you $14.99.

Anyone with an Apple account can buy individual episodes of Breaking Bad through iTunes for just $3.49 each, individual seasons at $17.99 each or the entire box set complete with additional footage at prices ranging from $24 to $99, depending on the amount of extras you want.

All five seasons are available for purchase from Microsoft, but you cannot purchase individual episodes. Individual seasons range from $14.99 to $24.99 depending on the season and what quality you decide to purchase.

Telstra TV Box Office offers viewers all seasons of Breaking Bad for $2.99 per episode, or $14.99 per season.

What is Breaking Bad about?

Breaking Bad follows Walter White (played by Bryan Cranston), who is diagnosed with terminal lung cancer and has his world turned upside down. His wife is pregnant with their second child and his son, who has cerebral palsy, has ongoing medical needs. So, Walter makes a decision: he draws on his knowledge as a chemistry teacher and turns to the most lucrative avenue for quick bucks – the drug trade. Teaming up with former student Jesse Pinkman (Aaron Paul), who is working as a drug dealer, White begins his new career as a meth cook. What follows is an insane series of events as White goes from novice to kingpin, making a slew of enemies and allies along the way. As the cancer advances and White deteriorates, he becomes desperate to make his crazy plan work. The only obstacles in his way are the law, morality and his own reality; what could possibly stop him?

The series ended with season five, leaving an RV shaped hole in many fans’ hearts. Luckily, screens have been graced with a hugely successful spin off series Better Call Saul, which follows the career of mall-strip lawyer Saul Goodman (Bob Odenkirk), who represented White and Pinkman in the Breaking Bad series. The series is co-produced by Vince Gilligan (the mastermind behind Breaking Bad), features many beloved characters and is driven by the same gritty undertones as its predecessor. For those who are hungry for more of the Breaking Bad world, Better Call Saul makes the perfect filler. Find out here how to watch Better Call Saul.

And if that’s not enough, find out where to catch  El Camino: Breaking Bad Movie to get your fill of the entire Breaking Bad universe. 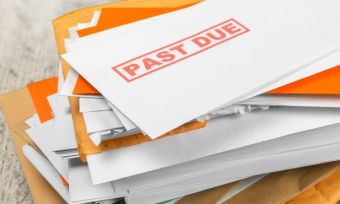