We can’t do without our washing machines, but they do have a tendency to drive us crazy from time to time. Canstar Blue found that among front and top loader owners, the top complaints are around the issues of washing machine performance and cleaning ability, malfunctioning parts, or the machine not doing its job. Long – and loud – wash cycles also get a few backs up.

Being a washing machine must be a fairly thankless job. They slave away in the laundry room and their owners hardly ever compliment them, and only say anything when there’s something wrong. Washing machines are generally a pretty significant purchase, even though some can be found for less than $500. So after your significant cash outlay, it’s only fair to expect your new appliance to do its job correctly.

However, there are certain aspects like whether your drum size is suitable, how long a cycle takes and if it’s noisy that you can’t really predict in-store. After all, you can’t exactly do a full load of washing while standing on the busy floor of an appliance shop.

No brand is immune from the odd complaint or two, but generally most customers are pretty satisfied with their purchases, so don’t take the following complaints too seriously. Also keep in mind that these complaints do not represent the brands as a whole. In some cases, the problems being highlighted will be down to human error, rather than machine.

Owners of top load washing machines are typically the most satisfied with their washer purchases, but that doesn’t stop the complaints flying.

“I don’t like the idea of how the water from the last wash gets saved for the next, you can’t customise a setting that you would want to use all the time, not very good with lint and hair removal from clothes, has a crappy lint filter”

“Does not wash properly, leaves the detergent on the clothes after washing”

“Not economical on water”

Complaints about parts and warranty

“Had trouble with brand from catching fire in some models”

“The lifespan of the Simpson washing machines aren’t great, nor is their reliability, but the price is very good”

“It broke down, needed a new motherboard; smaller fuse had popped, but also burnt out one of the chips on the board; it makes a god-awful noise when the load is done”

“They are noisy and stop functioning sometimes” 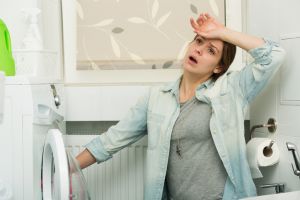 Complaints about performance and cycle times

“Takes longer than expected to run through washes”

“Makes clothes very creased, have to use conditioner; towels are a bit hard”

“It tends to take the colour out of clothes. When you put the liquid wash in it seems to sit on items and not get mixed through washing”

“It is quite expensive in comparison to other brands, although it has features which most of the other brands don’t have”

“They are expensive but worth it”

“Price was a bit steep”

“It could be a little lower priced, and the guarantee longer”

“I think our drum is a little on the small side. We have a queen bed, and when I try to wash the top sheet, fitted sheet and pillow cases, I notice they sometimes come out with marks still on them”

“A bit small but we knew that when we got it”

“Would buy bigger next time – I think this one is 5kg”

“It should have a large opening door”

Complaints about parts and warranty

“Had a few problems like [a] broken door latch, and needed [a] replacement part in the washer”

“Had to have a new pump fitted. Luckily I purchased an extended warranty because it was just out of LG warranty… did not think this should happen so soon”

“It has needed to be repaired under warranty twice”

Complaints about noise and noisy cycles

“It was very quiet at the beginning, but now it is a bit noisy”

“Started becoming noisy after a year but was told it’s normal, even though it is supposed to be the extra silent model”

“Towards the end of the cycle it becomes really loud”

The top complaints among both top and front loader owners centred around performance and cycle time, parts and warranties, and the various noises that come from a washing machine. Front loader customers perhaps scrutinised their purchase more because they paid more on average. Front loaders also copped a bit more heat for their sizes, with some customers buying a smaller size and wishing they had forked out more money for a bigger model. However, generally customers were satisfied with their purchases, but were somewhat unforgiving if something started going wrong.

The above comments should all be taken with a grain of salt, as quite often complaints can be rectified by using your new machine correctly. This includes using the right detergent and not overloading your machine. There are also a number of other steps you can take to ensure a satisfactory experience, and this includes knowing your rights when it comes to warranty. No doubt some of these complaints can be put down to human error! In most cases, complaints about washing machines are pretty valid, so you’re probably not alone the next time you find yourself complaining about yours. 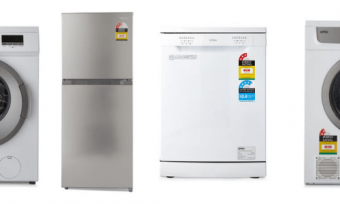