At some point, we’ve all experienced ‘end of summer’ power bill shock, making reaching for the air con remote less and less appealing as the years go by. But when the temperature reaches sweltering and your pedestal fan struggles to do much of anything, you’re left with one less-obvious choice: evaporative cooling.

It’s the halfway point between air conditioning and a fan, using what’s essentially cool humidity to bring the temperature down in your house. But how much will it affect your power bill? This guide will break down the running costs and anything else you need to know about evaporative coolers.

The table below reveals how much a small portable evaporative cooler will cost you to run for various hours a day, and over the three months (90 days) of summer. Estimates assume using one unit in a single room, using 65 watts per hour.

Source: www.canstarblue.com.au – 16/12/2020. Average energy consumption figures based on a selection of five 10L portable coolers. Usage cost estimates based on average electricity usage cost of 26.0 c/kWh and assume cooler is run at full capacity. Average usage cost based on single-rate plans on Canstar’s database, available for an annual usage of 4,200 kWh. Table presents estimated costs only, your situation will differ based on the unit’s specifications, required cooling capacity and how much the unit is used.

If you’re running an evaporative cooler in more than one room, you can add up the figures above to better reflect how much it will cost you. Keep in mind that these are just estimates and your actual costs will vary based on factors such as your individual energy rates. 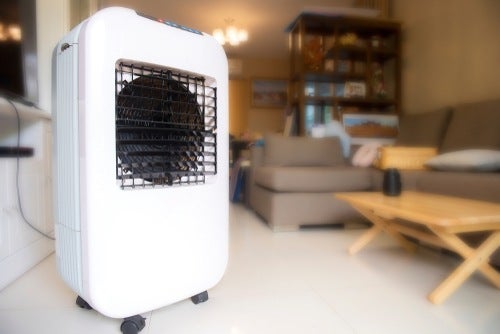 Ducted evaporative coolers are the energy-efficient alternative to regular air conditioning, but just how much do they cost to run? In this table we assume a 5-10kW system uses 413 watts an hour, a 10-15kWh system 734 watts, and a 15-20kW system 1,064 watts an hour. For a small unit, 5-10kW system may suffice, but a medium sized house is more likely to need 15-20kW.

Source: www.canstarblue.com.au – 16/12/2020. Average energy consumption figures based on a selection of 36 ducted evaporative air conditioners. Usage cost estimates based on average electricity usage cost of 26.0 c/kWh and assume cooler is run at full capacity. Average usage cost based on single-rate plans on Canstar’s database, available for an annual usage of 4,200 kWh. Table presents estimated costs only, your situation will differ based on the unit’s specifications, required cooling capacity and how much the unit is used. 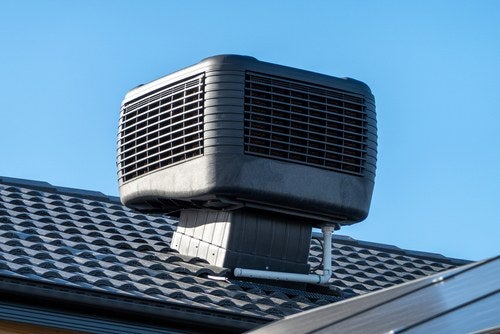 If saving money on power is important to you, it could be time for you to shine a bright light on your current deal to make sure it’s still price competitive. Check out some of the cheapest plans in your area to get a good idea of what you should be paying.

How much does it cost to run an evaporative cooler per day?

Depending on your system size, an evaporative cooler could cost you anywhere from just a few cents to a couple of dollars per day. Here are a few things that may affect how much you’ll need to pay for cooling.

Still unsure about evaporative coolers? See if your concerns are answered in these frequently asked questions.

How effective are evaporative coolers?

Unlike air conditioning, evaporative coolers depend on the external environment to be rather dry in order to work most effectively. In humid environments, this system isn’t recommended, although some people report cracking a window can help the machine run.

Is it cheaper to run the evaporative cooler depending on the time of day?

This will depend on what tariff you’re on. If you’re on a single rate tariff, your electricity will be charged the same no matter the time of day. On a time of use tariff, you’ll typically pay more for your power in general at night.

Can you put ice in an evaporative cooler?

It isn’t recommended that you put ice in your evaporative cooler. It may sound contradictory, but in order for the water in your system to evaporate, it will need to heat up. The mist won’t be hot, as the fans will create a cooling effect.

Do evaporative coolers need to be vented?

Some systems do but some don’t. For the most part, portable coolers won’t require venting, but the air might need a way to exit, such as an open door, to work most effectively. Ducted systems will have a part outside to collect fresh air.

How to maintain an evaporative cooler

Maintenance for evaporative coolers is rather simple. You’ll need to wipe down the outside of the machine and make sure the cooling pads aren’t showing signs of moulding or damage. If they are, they will need to be replaced.

Is evaporative cooling as good as air conditioning?

How to save on evaporative cooler running costs

The key to saving on cooling is understanding how much it will cost you to run your machine. There’s no shortcut to saving on running costs, but by knowing that anything from the size of your room to the capacity of your system can contribute to how expensive your system will be, you’ll be less likely to fall into any traps.

While giving your system a good clean will no doubt keep it performing to its max energy efficiency, it’s how much you pay in electricity rates that will contribute the most in this case. Now’s a good of a time as any to refresh your power plan to ensure you’re on the best possible deal. 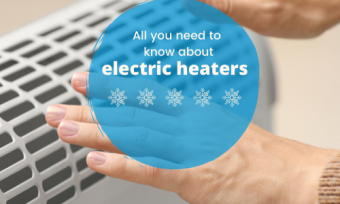