While the classic white gas canister is a familiar sight at family gatherings, camping trips and Bunnings’ sausage sizzles, many of us may not know what LPG is or how this gas is sourced in Australia. In this article, Canstar Blue breaks down all you need to know about this mobile and reliable source of energy so you can keep those snags alight.

What is LPG and how does it form?

Liquified petroleum gas (LPG) is a flammable gas, which forms as a by-product of fossil fuels such as natural gas and coal. LPG is usually made up of propane and butane hydrocarbon gases, however in Australia it is mainly propane-based.

While it never forms in isolation, LPG is still considered a fossil fuel, as it is produced as a result of decomposed animal and plant remains over millions of years. LPG, however, is recognised as a low-carbon fossil fuel source, as the refinement process used to create it reduces its carbon output.

How is LPG sourced?

LPG is sourced through the refinement of fossil fuels, particularly natural gas. After natural gas has been drilled from underground reservoirs of stone and rock, it is then taken through a refining process where LPG is released as a secondary product.

Being a by-product, LPG is a far denser gas than natural gas, which means it needs to be placed under pressure, to force the gas to form a liquid (hence the liquified) in order for easy and safe transportation in cylinders to homes and businesses.

What is the difference between LPG and natural gas? 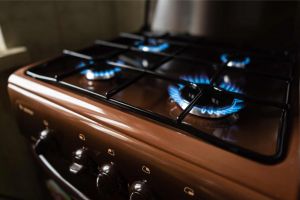 Natural gas is generally better suited to power larger home systems such as heating and hot water, as these can be fed gas through a connection to the gas mains. LPG on the other hand, is typically more suited to smaller appliances with a specific connection point, such as barbeques or stovetops. LPG is also considered to supply a more consistent fuel source as it produces a higher level of heat than natural gas.

What are the benefits of LPG?

Here are a few advantages of using LPG in your home:

Is LPG a renewable energy source?

While it is classified as a lower-carbon fuel source, LPG is not considered a renewable energy source as it is produced as a by-product of fossil fuels which take millions of years to form. Some research from the United Kingdom has suggested that there may be a renewable way to produce propane gas through the use of bacteria and sugar, however as it stands LPG is not renewable.

LPG use in Australia

Around one million Aussie households use LPG to fuel appliances like ovens, stoves and hot water systems, while seven million homes use LPG for barbeques and outdoor heating, according to Gas Energy Australia. It’s also reported that 100,000 Australian businesses turn to LPG for heating and power generation. 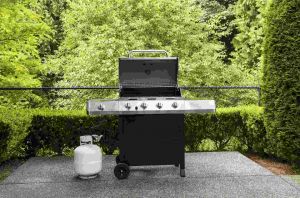 One of the most common uses of LPG in Australia is household energy. Things like ovens, stovetops, barbeques, heaters and hot water systems are generally compatible with LPG connection in Australia. Part of LPG’s popularity comes from its cheaper and more accessible sourcing, particularly in rural areas, but it can also be a lifesaver for off-grid energy generation for campers and travellers. You’ll probably be most familiar with LPG in its household form as the small cylinder tank accompanying the barbeque or outdoor heater.

LPG can be used for a range of industrial uses in Australia, from simple heating to gas engines in forklifts, to industrial boilers and even power generation. LPG, thanks to its high heat levels and consistent quality, is heavily relied upon for many businesses in Australia. In fact, Gas Energy Australia reported that LPG contributes more than $3.5 billion a year to the national economy. Some companies may also use LPG as a back-up or off-grid energy generation source as a supplement for renewable energy.

LPG also used to be a fuel source for automobiles in Australia, more commonly known as ‘autogas’. It was a popular choice in the early 2000s for drivers who were looking to avoid the high costs of diesel and petrol. Some cars were even designed to hold canisters of LPG to auto-fill the car as it drove, saving time and money. There was even a rebate on LPG in 2006 to those who purchased LPG-based cars, however this rebate was withdrawn in 2014, leaving LPG’s popularity in the fuel scene to slowly dwindle.

Which companies supply LPG in Australia?

Here are some of the larger companies that offer LPG in Australia:

Keep in mind there may be more LPG suppliers operating in your area and some of these companies above may not operate in all regions of Australia.

How often do you need to replace LPG? 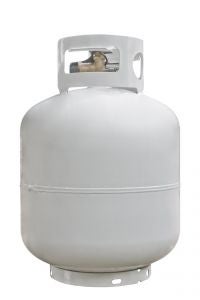 Replacing your LPG cylinder will generally come down to personal factors, like how big your gas tank is and how often you use it. Some companies offer cylinders refills with a hose when levels are running low, while others will simply replace the old cylinders with a new one. If you’re not regularly using LPG, you can choose to purchase as you go, or for those with higher gas usage needs, your provider may be able to determine a refill cycle based on past consumption habits.

Is LPG cheaper than natural gas?

Natural gas generally works out cheaper per megajoule (MJ) than LPG. That being said, LPG does work out to be cheaper than natural gas for households with smaller gas usage requirements. This is because natural gas has an additional cost known as a daily supply charge, usually costing between 40 and 60c. Customers must pay supply charges even if they don’t use any gas as it’s simply a fee for being connected to the distribution network, which supplies gas to homes. Delivering LPG may also incur a service cost that can become pricey if households burn through their supply too quickly. If you need help determining which gas will be better suited to your needs, visit our natural gas v LPG page for more information.

Should I get LPG for my home?

There are some benefits to using LPG in your home; it uses less carbon emissions, is easily accessible and is generally cheaper to access. If you’re in a remote or rural community, then LPG may be a suitable choice, but if you already have a connection to the gas mains, it may be worthwhile investigating, particularly if it will be used on larger systems. Just be mindful that natural gas connections to new or established properties come at a price, which may influence which type of gas you choose going forward.

It’s also important to note that LPG can only power certain appliances, not your entire home, making it quite expensive to run in large quantities.  Always consider your gas usage before choosing a product to ensure you are making the right purchase decision.

If you’re sure LPG is the right move for you, head to our LPG providers page below and compare suppliers on customer satisfaction, value for money, and more. 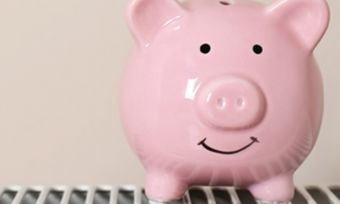