Coles is launching new ‘wizardly’ collectables to hit stores from July 6, in partnership with Warner Bros. 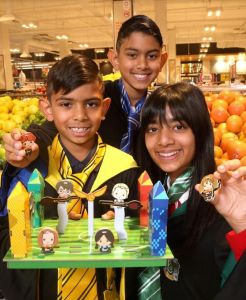 The entire collection is made of fully recyclable cardboard and will include fan favourites like Harry Potter, Hermione Granger, and Ron Weasley, just to name a few. Play kits cost between $9.75-$15. Keen collectors will also be able to purchase a Hogwarts Trunk Collector Case (which is also recyclable once the Velcro closing strip is removed) to house all 35 characters.

Shoppers will be able to redeem one collectable character with every $30 spent in one transaction at Coles supermarkets, online, and Coles Express. The new collectables campaign is the first since Coles pledged to ditch plastic collectable toys amid backlash following the Little Shop promo.

Coles Chief Marketing Officer, Lisa Ronson, said: “Coles is thrilled to work with Warner Bros. Consumer Products and one of the world’s most beloved entertainment franchises to create an Australian-first collectables campaign that will bring a bit of magic into Australian homes.”

“We wanted to find an interactive and sustainable way for customers to have fun and that will appeal not only to kids but guests of all ages. We know that Australian fans have been waiting for a Wizarding World collectables campaign like this for a long time.

“With over 30 beloved characters and four iconic settings available to collect, Magical Builders will allow customers to get creative as they build their magical world – all with the added bonus of being plastic-free and recyclable.”

It comes after Woolworths also announced its new Disney ‘Fix-em’ collectables campaign which features 36 characters and symbols from the Disney, Pixar, Marvel, and Star Wars franchises. Woolies’ collection is made from at least 80% recycled materials, according to the supermarket. It follows the launch of Woolworths’ ‘sustainable’ Lego-style collectables − Woolworths Bricks.

“Most of us spend hundreds of dollars a week at the supermarket, especially families with kids, so it’s understandable that consumers want something extra for their money. The problem is when you start spending more than you normally would on groceries in an effort to win your favourite collectable character. Enjoy the promotions and pocket the prizes, but try to keep the spending in check.” 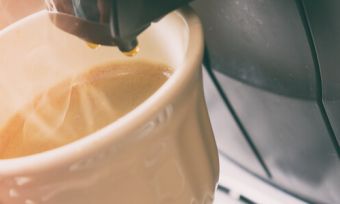