Satisfying one’s sweet tooth without the health risks of excessive sugar consumption has been a challenge ever since the dangers of the white stuff were discovered and taken seriously. Used widely to make things delicious, high sugar consumption is unfortunately a major reason why modern society struggles with obesity, diabetes, heart disease, and other diet-related health issues.

Artificial sweeteners such as aspartame and saccharin have been around for decades, but consumers tend not to trust synthetic food substances and fear side-effects. While these products are available in supermarkets because they’ve been deemed safe, that doesn’t stop these concerns from existing.

Stevia is the latest sugar alternative, and it’s a bit different. Unlike most other low-kilojoule sugar substitutes, stevia is not synthetic. It’s an extract from the leaves of the stevia plant, and is making waves as the latest ‘healthy’ food trend for sweet tooths. But is stevia the panacea for our sugar addiction?

The product we refer to as stevia is produced from the leaves of a South American shrub Stevia rebaudiana. It has been used as a sweetener in South America for hundreds of years. Today, it’s sold commercially as a highly concentrated extract in tablet, powder, or liquid form.

Where does stevia come from?

What is stevia used for?

Stevia can be used as a sugar substitute, albeit not in the same proportions as you would use regular sugar. Stevia is about 100 to 300 times sweeter than sugar, so you only need a little bit to sweeten your tea. Less than a teaspoon will sweeten your tea just as much as two teaspoons of regular sugar! This ratio varies by brand, so check the packet to see how much stevia you should use to replace sugar. Some brands produce serving-sized tablets, so you just need to drop a tablet into your tea or coffee.

It’s not only suitable to use to sweeten drinks – you can use it in your cooking as well. Obviously not the little tablets though! Powdered stevia is a good sugar substitute for baking. It’s also used in processed goods such as ice cream, gum, jams, and other sweet treats.

Is stevia good for you?

Stevia is approved for use by Food Standards Australia New Zealand, which found no health concerns when consumed at normal levels. However, this applies only to the concentrated extract (steviol glycosides), not the plant itself. As stevia leaves and crude extracts have not been approved for consumption by any major regulatory agency, it’s best to stick to the high purity extract found in supermarkets.

The Food Standards Australia New Zealand code does not regulate use of the word ‘natural’. Regardless, according to a Dietitians Association of Australia spokesperson, consumers are not eating stevia leaves – they’re purchasing a ‘highly purified extract’ which is mixed with sugar alcohols and other ingredients.

Consumer trends are showing that more and more people prefer ‘natural’ products with the expectation that such products will be healthier. However, there isn’t necessarily a link between something being ‘natural’ and something being healthier. According to Choice, there are no proven harms of synthetic sugar substitutes. The use of the word ‘natural’ isn’t even regulated in Australia, so it’s just not a very good guide for making food choices. 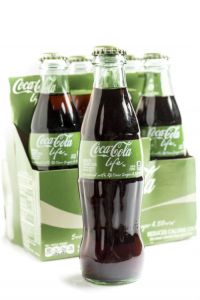 When we’re talking about sweeteners, this is obviously the most important question! The problem with stevia is that it has a bitter aftertaste, which means that it’s hard to use in commercially sweetened products on its own, such as soft drinks. Some people like the aftertaste, which in some brands tastes like licorice or menthol.

To get around the aftertaste problem, you can also buy stevia blends. These are mixes of stevia and either other commercial sweeteners or sugars. It’s one way to balance the trade-off between the health benefits of the low-kilojoule stevia and the strength of its aftertaste when used in larger proportions. Coca-Cola Life (the one with the green label) and Pepsi Next are both sweetened with a mix of sugar and stevia.

How much does stevia cost?

Stevia can be purchased at supermarkets in the sugar and sweeteners section, in tablet, powder, or granulated form. The price isn’t noticeably different from other sugar alternatives, starting from about $0.02 per tablet, or about $3.80 per 100g of granulated product. One serving of granulated stevia is two-thirds of a teaspoon, or 2g. So that’s about $0.07 per serve. It’s certainly more expensive than ordinary sugar, but if you want to reduce your sugar intake it may be worth the extra cost.

Compared to other artificial sweeteners, stevia falls within the same price range, with cost naturally varying by brand. So if you’ve decided to ditch sugar, there’s not much in the way of price difference between your sugar substitute options.

Natvia is a popular brand of organic stevia sugar substitute. It’s widely available in supermarkets and as the sugar alternative at cafes. Natvia products include sweetener powder in a canister, stick packets, tablets, baking packs and icing mixes. It’s also used in a number of food products, such as Fountain brand sauces, Food for Health muesli and bars, and Melinda’s cake mixes. You can find recipes using Natvia products at its Sweeter Life Club sugar-free cooking website.

Should I choose stevia?

From a health point of view, stevia is a good substitute for sugar. It has almost zero kilojoules, which means it’s not going to increase your energy intake, won’t affect blood sugar levels, and as far as recent research goes, doesn’t have any significant side effects. It’s great for diabetics and anyone who wants to reduce their sugar or kilojoule intake.

The major sticking point is taste. If you don’t like the aftertaste, stevia might take the fun out of your sweet treats. Stevia is priced in the same range as most other sugar substitutes you can buy from supermarkets, so if you can’t stomach stevia you can shop around without breaking the bank.

So, with all else being equal, we suggest letting taste be your guide in deciding whether stevia (and which brand of stevia) is right for you. 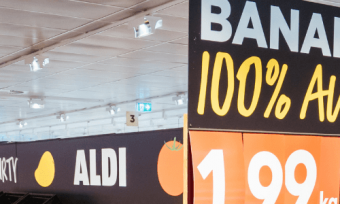