Exercise bikes are a great choice for people who want to try out a new, convenient exercise, or for those with joint problems who find it difficult to run or walk. They provide low-impact cardiovascular exercise – great for anyone who isn’t particularly fit or just needs something gentle. It’s easy to start, but an exercise bike can easily become more challenging as your fitness increases. Plus, you can cycle while watching TV!

Read on to find out more about how exercise bikes work and how they could make exercising far more convenient.

What are exercise bikes?

Exercise bikes, also known as ‘stationary bicycles’, have the same sort of setup as a regular bicycle but are designed for exercise without actually moving anywhere. They have a saddle, pedals and handlebars, but usually don’t have traditional wheels, just a rotating resistance mechanism for you to pedal against. Most exercise bikes have multiple adjustable levels of resistance. Some also have an electronic display, of varying complexity, which shows time, speed and distance covered.

You can also turn a regular bike into an exercise bike by buying a special mount that lifts the wheels off the floor by the axles.

Bulk Nutrients has been rated #1 for Customer Satisfaction in the Canstar Blue Protein Supplement Category three years in a row! Offering $7 flat rate shipping in Australia.

How do exercise bikes work?

There are several kinds of exercise bikes, but they all work on the same basic principle. You sit in the saddle and use the pedals. The way pedalling is made more difficult is to increase the resistance, which depending on the type of exercise bike, is either generated by the pedalling or is externally controlled through resistance settings. It’s like a simulation of riding a bike on a flat surface versus pushing to get up a hill.

What kinds of exercise bikes are there? 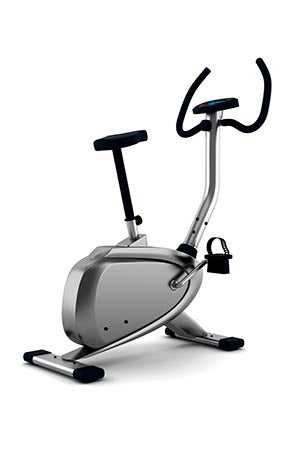 There are a few key ways in which exercise bikes differ. You should consider what kind best suits your lifestyle needs and budget.

Recumbent bikes are those where the user is seated in a reclining position, which is more comfortable and low-impact. This is a popular option for seniors, or those who are going through physical rehabilitation as it’s a very safe way to exercise. However, this doesn’t mean it’s easier – with an upright bike, you can use your own weight and gravity to do some of the work. On a recumbent, you don’t have this particular advantage.

There are three types of resistance mechanism found in exercise bikes. Two are brake-based, using a flywheel. A flywheel is a weighted metal disc, used instead of a conventional wheel, which stores kinetic energy built up by the effort of your pedalling. A flywheel on its own can only offer limited resistance, based on its weight. To address this, there are two types of braking systems developed to add resistance to the flywheel.

The third type doesn’t use a flywheel, and can take up more space than the other kinds

What are spin bikes? 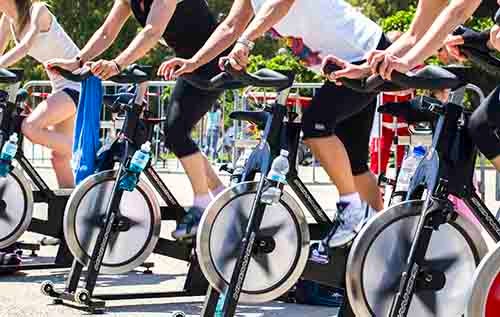 Spin bikes (also referred to as ‘indoor cycling bikes’) are designed to be used much like a road bike, unlike exercise bikes. There are a few key differences between spin bikes and exercise bikes. While riding a spin bike, you can pedal while standing, which gives a more intensive workout and engages different muscle groups. The flywheel is also attached differently – it’s linked directly to the pedals by a chain, just like a regular bike. The pedals work like a fixed-speed bicycle (as opposed to a bicycle with gears). If you stop pedalling, the pedals will keep spinning due to inertia from the flywheel. Resistance is providing through direct-contact braking.

If that’s all a bit too technical for someone just looking for a new way to exercise at home, the easiest way to understand the difference is that spin bikes are meant to replicate the road cycling experience, whereas exercise bikes are designed for more comfortable exercising. To use a spin bike you need to lean forward on a narrow, bike-like seat, while exercise bikes have you either sitting upright or leaning back on a wider more comfortable seat.

These are naturally far less sturdy than fixed-frame exercise bikes, but might be a good choice if you’re short on space or want something highly portable. It’s very important to note, however, that a folding exercise bike won’t have as much weight keeping it secure on the floor while you’re riding it. If you’re intending to use the bike more than occasionally and can find a corner to keep it in, it’s definitely much better to buy a standard fixed-frame exercise bike.

How much do exercise bikes cost?

The cheaper end have the basics covered but may be a bit noisy. Here’s a sample range of prices you might find from major retailers. The fitness industry is always changing, so it can be useful to keep an eye on prices before investing in a new piece of equipment.

How do I choose an exercise bike? 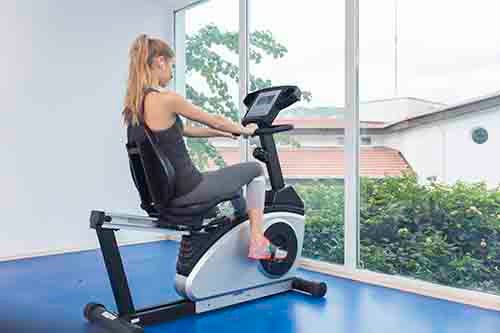 You don’t need the best, most expensive exercise bike you can find to get great, comfortable exercise. However, the cheapest exercise bikes are more likely to wear out faster or have fewer features. Here are some factors you should consider when choosing an exercise bike:

Spin bikes provide a very intense workout, which burns more calories in the same period of time. However, beginners should not choose a spin bike over an exercise bike as it provides only high intensity workouts. If you have any kind of joint or body pain, or aren’t in good shape, start off with an exercise bike until you’re fit enough to upgrade. Beginners are sometimes recommended to choose a recumbent exercise bike to enhance their fitness level.

Should I buy an exercise bike?

There’s a very low barrier to entry for exercise bikes. You don’t need any fitness at all to start out, and you can slowly build up longer and higher-resistance sessions as you build up your fitness. It’s far easier to stick to a routine when it’s not affected by weather, or whether or not the gym is open or crowded. You can exercise any time you feel like it, in the comfort and privacy of your own home. It’s also far cheaper than a gym membership, plus the saved time travelling to and from the gym or other exercise location.

Remember though, you should consult your doctor before starting any significant new exercise routines, particularly if you have any pre-existing health issues or are trying to lose weight. 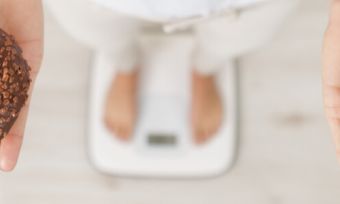 Top 5 diets (lifestyle changes) to beat the bulge in 2022