Australia’s consumer watchdog has expressed concerns about the proposed merger between telco giants TPG and Vodafone, citing a detrimental impact on price competition.

The two companies confirmed their intentions to merge into a single telecommunications firm in August 2018, in a deal reportedly worth $15 billion.

Vodafone shareholders would hold 50.1 per cent of the merged company, while TPG shareholders would take the remaining 49.9 per cent. The parent company would be called TPG Telecom, but with a 10-year licence to continue to use the Vodafone brand on products.

However, the Australian Competition and Consumer Commission (ACCC) has revealed its concerns about the potential impact of the merger on Australia’s mobile and broadband markets, at a time when TPG is set to become the fourth mobile network operator in the country, along with Vodafone, Optus and Telstra.

“Our preliminary view is that TPG is currently on track to become the fourth mobile network operator in Australia, and as such it’s likely to be an aggressive competitor,” ACCC Chair Rod Sims said.

“We therefore have preliminary concerns that removing TPG as a new independent competitor with its own network, in what is a concentrated market for mobile services, would be likely to result in a substantial lessening of competition. If TPG remains separate from Vodafone, it appears likely to need to continue to adopt an aggressive pricing strategy, offering cheap mobile plans with large data allowances.”

What would the merger mean for internet competition?

While the ACCC’s concerns primarily relate to the impact the TPG-Vodafone merger would have on mobile competition, it will also closely examine the likely impact of removing Vodafone as a competitor in the fixed broadband market.

TPG has been one of Australia’s biggest internet service providers for years, and along with its other retail brands – including iiNet and Internode – is second only to Telstra in its number of fixed-line broadband customers. Meanwhile Vodafone only recently launched NBN products.

“Although Vodafone is currently a relatively minor player in fixed broadband, we consider it may become an increasingly effective competitor because of its high level of brand recognition and existing retail mobile customer base,” Mr Sims said.

The ACCC added that it will also consider the long-term impact of the proposed merger, given the likelihood of increased take-up of mobile broadband services in place of fixed broadband in the future, especially after the roll out of 5G technology.

“The ACCC is continuing to consider whether operators will need to offer both mobile and fixed broadband services in the longer-term to remain competitive, meaning that TPG and Vodafone will necessarily be closer competitors in the future,” Mr Sims said. 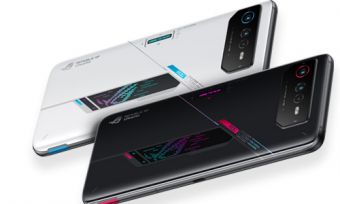