With the explosion of music streaming services, such as Spotify, Apple Music, Google Play Music and more, it can be a trying time for meagre data allowances. Phone plans with lots of data are becoming cheaper, but our need for data is growing.

Music streaming can easily chew through more than 100MB per hour, which means if you’re a music lover your data plan could be eaten up very quickly. This has given rise to phone plans that provide zero-rated streaming from selected services; in other words, the data you use to stream isn’t taken out of your plan’s monthly data allowance.

The leading providers in this space include Telstra and Boost Mobile. The services on offer differ slightly with each telco, and consist of:

The following table includes all postpaid SIM-only Telstra plans as published on Canstar Blue’s database listed in order of standard cost, lowest to highest. Use our comparison tool to see a wider range of plans from other providers. These are products with links to referral partners.

Boost Mobile deals exclusively in prepaid mobile phone plans,  and all six of its prepaid options include data-free Apple Music streaming. Plans begin at $10 per month, up to $70, and include unlimited national talk and text, plus extras such as international calling.

As Boost Mobile is a Telstra-owned company, with plans running on Telstra’s 3G and 4G networks, it makes sense that Apple Music is also available with Boost’s plans. However, the data-free streaming offer doesn’t include your monthly Apple Music subscription fee – if you’re a Boost customer, you’ll need to sign up for the service yourself.

The table below shows all published 28-day Boost Mobile prepaid plans from Canstar Blue’s database, listed in order of standard cost, lowest to highest. Use our comparison tool to see a wider range of plans from other providers. These are products with links to referral partners.

Is a plan with data-free music streaming worth it?

Data-free music streaming is certainly a nice perk to have, and it’s available on a wide variety of phone plans already. However, you’re still required to pay a separate subscription for your streaming service: unless otherwise specified, these deals don’t pay for your access, just offer unmetered content. Subscriptions can cost upwards of $10 each month, so be aware of the potential cost before you sign up.

Another detail that’s often lost in the fine print: for most of these promotions, it’s only the music streaming itself that is data-free. This means that content such as advertisements, album art, and even downloading songs for offline listening can result in data usage that will be taken from your monthly gigabyte allowance.

More telcos are starting to offer ‘unlimited’ data in some shape or form, which could be a better option that a data-free streaming plan. However there is a catch — this ‘unlimited’ data is usually at capped speeds, such as 1.5Mbps (after you use your included fast-speed data allowance), but this speed is generally adequate for music streaming and even standard-definition video streaming.

In general, if you’re comfortably within your data limit every month, it makes little sense to switch. However, if you’re regularly exceeding your data cap and it’s thanks to your music addiction, a data-free streaming plan may be right for you. 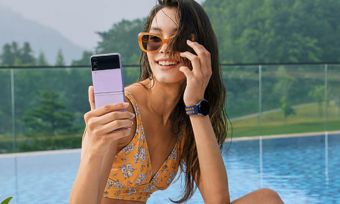