OPPO has released two new phones from its budget-oriented A Series, with both sitting comfortably underneath the $500 price point.

The OPPO A54 5G and the OPPO A74 5G are the newest additions to the OPPO A Series, priced at $399 and $449 respectively. For 5G-capable phones, these devices are definitely worth considering if you want a more affordable device with 5G connectivity. In particular, the OPPO A54 5G smashes records as possibly the cheapest 5G capable device in Australia at the moment (although this is subject to change as more phones are released).

Both phones were released on April 13 across Australia at different retailers, so let’s jump into the specs, and what you get out of the devices. OPPO is also now offering a ‘Trade In and Trade Up’ program, allowing you to trade in your old handset, be it OPPO or not, for a discount on an OPPO device. You can read about that below. 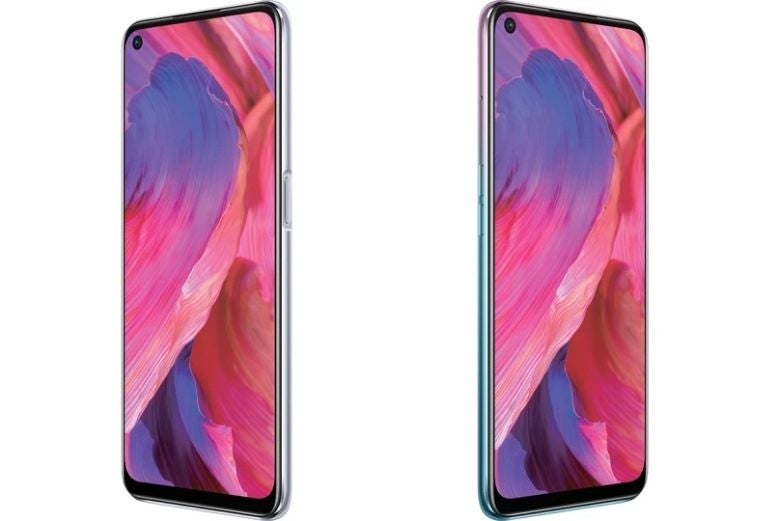 The OPPO A54 5G is likely the cheapest 5G phone available in Australia at the time of writing. Stylish and using OPPO’s signature ColourOS spin on Android, this phone would be a great pick for a 5G-craving user who is after a cheap new phone.

For that low price, you get the choice of two colours: Fluid Black, which is widely available from retailers, and Fantastic Purple, which is a brilliant pearlescent colour between purple and aqua blue – certainly not a colour you’d expect from a budget device. 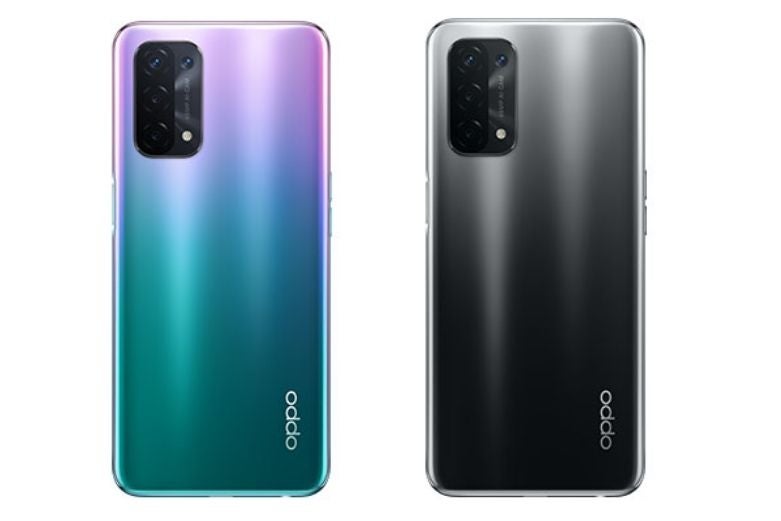 You’ll find a hefty 5,000mAh battery in the A54 5G, along with four cameras on the back (48MP wide, 8MP wide-angle, 2MP monochrome and 2MP macro) and a single 16MP selfie camera on the front.

The phone has a side-mounted fingerprint sensor with a USB-C charging port. The device comes with a USB-C cable, a wall charger, and there’s also an audio jack inbuilt for wired headphones.

On the side of specifics, internally the phone uses an Adreno 619 GPU and a Qualcomm SDM480 CPU, weighing in at 190 grams. The phone has 4GB RAM and 64GB internal memory – you’re also able to upgrade the internal memory with a microSD card up to 256GB.

The A54 5G is available from Harvey Norman and Optus in Fluid Black, and from JB Hi-Fi, Woolworths Mobile, Officeworks and The Good Guys in both colours. If you’re interested in picking up the A54 5G on a plan, check out the plans from Optus Mobile and Woolworths Mobile in the table below.

The following table shows selected published postpaid Optus and Woolworths Mobile plans on Canstar Blue’s database, listed in order of cost, from the lowest to highest and then by data allowance, largest to smallest. Use our comparison tool to see plans from a range of other providers. This is a selection of products with links to a referral partner.

The OPPO A74 5G accompanies the A54 5G as its slightly higher-spec alternative, with an added $50 extra on the price tag. Again the RRP is relatively low at $449, making it easily one of the cheapest 5G phones on the Australian market.

The OPPO A74 5G is available in Fluid Black and Space Silver – unfortunately, the Fantastic Purple colour the A54 5G has available isn’t offered with the A74 5G, which is a shame.

You’ll start to see similarities to the A54 5G from here. The A74 5G comes with a big 5,000mAh battery inbuilt, along with a quad-camera array on the back (48MP wide, 8MP wide-angle, 2MP monochrome and 2MP macro) and a single 16MP selfie camera on the front. 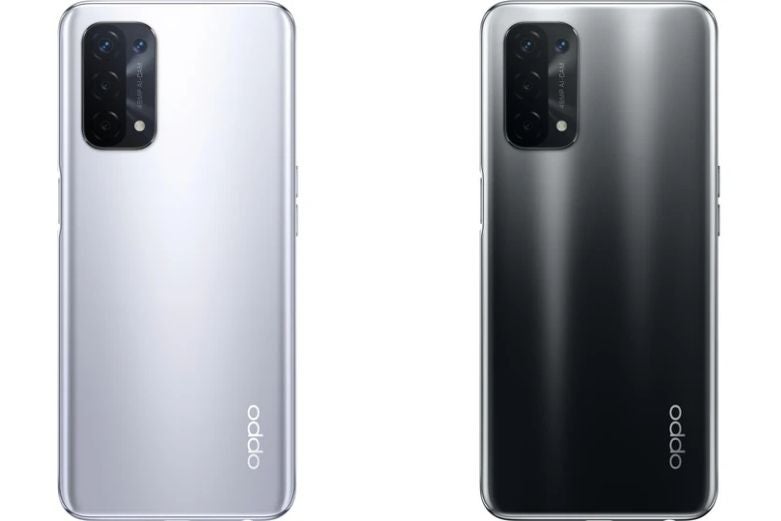 The phone comes with a headphone jack, a USB-C port, a USB-C cable, and a wall charger, along with a side-mounted fingerprint scanner.

The A74 5G isn’t being picked up by retailers as widely as the cheaper A54 5G, but it’s still available. You can get the A74 5G from JB Hi-Fi and Officeworks in both colours.

Also new: OPPO’s Trade In and Trade Up program

OPPO is also launching a trade in program from April 15. Simply put, you can now trade in your current device, and receive a discount in the form of a voucher that can be put towards a new OPPO smartphone.

All you need to do is head to the OPPO website and enter the details of your current handset – you’ll then get told what your old phone is worth, and how much value you can get out of it when putting it towards an OPPO device.

The voucher must be used towards an OPPO device through the OPPO store. Trading in an OPPO device will get you an extra voucher, in the form of a customer loyalty reward. Other phones that will be accepted through the program can be from Samsung, Apple, Google or Huawei, just to name a few. Keep in mind, though, that the trade-in value with vary from phone to phone. Here’s what you can expect in the form of a discount when trading in the following phones:

Other factors will impact the discount voucher value, including if the device has any screen chips, if the device can power on, or if the device is bent or liquid damaged. You can get a quote from the OPPO website.

This is a decent way to get an OPPO device with some money scratched off the price, and it’s also a good way of getting rid of your old phone. Apple and Samsung have similar deals, although Apple’s deal is limited to iPhones and not other devices. Trading in with OPPO might prove favourable to you if you’re interested in picking up an OPPO device, including one of the new A Series phones.