The energy industry in Australia is rapidly evolving. While we’ve traditionally relied on large fossil fuel generators to meet our electricity needs, solar, storage and other renewable energy technologies are now helping households take power back into their own hands.

Hundreds of thousands of Victorians are already reaping the benefits of solar, and trimming their power bills. With solar panel prices still coming down and a host of government solar and battery rebates to help get you started, it’s worth considering if now’s the right time to buy or upgrade.

In this article, Canstar Blue will walk you through everything that Victorians need to know about solar. We look at installation prices, rebates, feed-in tariffs, buying tips and more.

How much do solar panels cost in Victoria?

The following table shows typical solar installation costs in Victoria compared to the national average. Keep in mind that these prices do not account for certain state solar rebates (discussed below). This means solar may cost far less than you might expect.

These prices reflect estimated costs within Melbourne, VIC. The actual cost of your solar panels could vary greatly depending on where you are, what system you’re after and your installer. For a specific quote get in touch with your preferred installation specialist.

Here are some of the cheapest solar-specific deals from the retailers on our database. These costs are based on the Citipower network in Melbourne but prices will vary depending on your circumstances. We show one product per retailer, listed in order of lowest price first. Annual price estimates assume general energy usage of 4000kWh/year for a residential customer on a single rate tariff. Price estimates exclude solar feed-in tariff credits. This table may include products from referral partners†. Our database may not cover all deals in your area, and please check retailer websites for up to date information.

How many households have solar in Victoria?

There are approximately 510,000 Victorian households with solar, generating almost a third of the state’s total electricity demand, according to the Solar Victoria.

On 1 July 2019, the Victorian Government announced the ‘Solar Homes Program’, which aims to further encourage the uptake of solar with an upfront rebate. The government intends to help 770,000 households invest in solar, while decreasing the state’s carbon emissions. So, if you don’t already have solar, now may be the perfect time to get on board.

Small-scale Technology Certificates (STCs) operate as a form of rebate on the initial purchase price of a solar system. When a customer installs a renewable energy generator, be it wind, hydro or solar, they will receive a number of certificates. 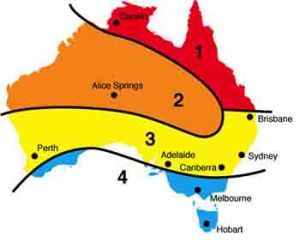 STCs can be exchanged for about $40, and can save you hundreds or even thousands on your solar system. The number of STCs that you receive depends on the expected electricity output of your solar system over the course of its life.

Households generally receive more STCs if they live in a sunny area or install a larger system. Those in Zone 1 (see diagram) receive the most certificates for installing solar, while customers in Zone 4 receive less. As you can see, the majority of Victoria – including Melbourne – is situated in Zone 4.

To be eligible, households must have a total annual income under $180,000, and be the owner-occupier of the property installing solar. The home must be valued at under $3 million and the property must not already have a solar system installed, meaning the rebate won’t apply if you’re just looking to upgrade an existing system. For more information and to apply, visit Solar Victoria. 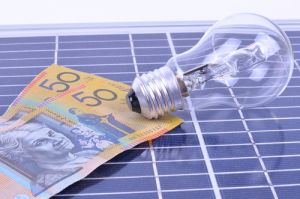 When your solar panels produce electricity and no one is home to use it, the excess power flows on to the shared electricity network – commonly known as ‘the grid’. In exchange for the electricity, solar customers receive a small rebate known as a ‘feed-in tariff’ (FiT) for each kWh of power exported.

There are two types of feed-in tariffs available in Victoria – a ‘single rate’ tariff and a ‘time-varying’ tariff. As the names suggest, the single rate feed-in tariff applies one rate for all electricity produced, while the time-varying FiT applies different rates at different times of the day. Customers earn the highest FiT at peak times from 3pm to 9pm weekdays, while lower off-peak rates apply every day from 10pm to 7am. All other times are considered the ‘shoulder period’ and a moderate rate is applied.

The minimum single rate feed-in tariff under Victorian law is currently set to 6.7c/kWh. The minimum time-varying rates are 6.7c/kWh for off-peak, 6.1c/kWh for shoulder, and 10.9c/kWh for peak.

The Victorian electricity market is incredibly competitive, and while the state has minimum feed-in tariffs, many retailers will offer more than that to win your custom. It’s important to shop around for a competitive feed-in tariff, but also don’t forget to consider other important things like electricity usage rates, discounts and contract terms. A good FiT for your solar power might not necessarily mean a good deal if you’re paying too much for electricity. 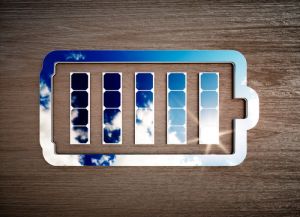 Batteries allow homes to store excess power generated by their solar panels, rather than feeding into the grid. The electricity stored in the battery can be used later on – even at night or through a blackout.

Since a typical feed-in tariff is much lower (10.2-12c/kWh) than the rate you would pay for electricity usage (typically 20c/kWh or more), households can save even more by storing their solar to use for themselves later on, rather than sending it to the grid.

Unfortunately, solar batteries don’t come cheap. While you can find smaller modular units for around $2,000, larger batteries can set you back between $8,000 and $12,000. In some cases, the savings generated from a battery could justify the cost in the long run. Typically it will take between 10 to 15 years for a battery to pay for itself, though keep in mind that some batteries aren’t warranted to last that long.

A solar battery is most likely to return dividends for homes that use a lot of electricity, or are charged high electricity usage rates. It will also be useful if you live rurally and grid connections are expensive, or your network has imposed export limits. Whether or not a solar battery is a sound investment is entirely dependent on your circumstance.

Is it worth getting solar in Victoria? 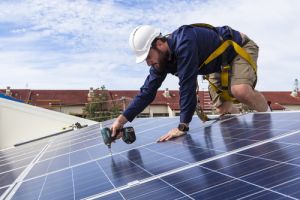 While solar is undoubtedly expensive, the savings you make on electricity can often cover the cost of the system after several years. The current rebates and incentives – particularly the Victorian Solar Homes Program – help to make solar a lot more affordable, meaning now is probably as good of time as any to on board with solar.

With that said, solar won’t be the right choice for some – especially those households that receive little sunlight through the year and/or are already receiving a reasonable deal on their electricity. As prices for solar panels and batteries continue to fall however, solar may still be a wise investment down the road.

FAQ’s about solar in VIC

Is my roof appropriate for solar?

If you’re after rooftop solar, then you need to make sure your roof is up to the task. Here are some handy questions to ask yourself before going ahead:

Larger solar systems produce more electricity and save you more on power, however they’re also more expensive. This is a balancing act between initial cost and future savings. If you’re looking for a system that can cover all or most of your electricity consumption, then you will need a 5kW system at least. If you’re just looking for a bit of bill relief, then it’s fairly standard to opt for a 3kW or 4kW system.

Can I take my solar panels with me if I sell my house?

If you’re planning on leasing or selling your property, it’s important to understand that you usually won’t be able to take your solar system with you when you leave. Solar panels increase the value of a property however, and Realestate.com.au also found that renters are likely to pay more rent for a property with solar. That means solar could be a great property investment.

Do I need council approval to install solar panels in VIC?

In Victoria, council approval is only required for solar panel installation if it is going on a heritage listed building or if it will be visible from the street or a public park.

In these cases you’ll require a planning permit, which can be applied for on the City of Melbourne website.

Which energy provider has the best feed-in tariff in VIC?

Origin Energy and Tango Energy generally offer the best feed-in tariffs in Victoria. Not only do these providers have reasonably high feed-in tariffs, both also offers solar-specific deals tailored to households with solar panels. As always, some terms and conditions apply in order to receive a higher FiT rate.

For a full, detailed break down of VIC feed-in tariffs, visit our page here. 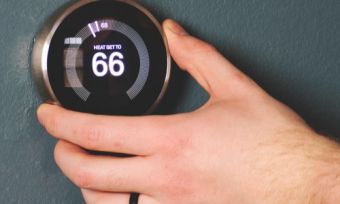 A guide to solar inverters