Ah Australia – the home of fairy bread, the big pineapple, and more sun than we know how to handle (see: sunburn). In the last decade, we’ve decided to start harnessing the power of the sun for good, creating large-scale solar farms to feed renewable electricity into our national grid. Canstar Blue has compiled a list of solar farms in Australia, and has answered some questions you may have about large-scale solar in your state – including where the solar farms are located and how much energy they can produce.

While it’s common knowledge that Australia is a world leader in solar power generation due to our plentiful sun, we as a nation have received criticism surrounding our concentration (or lack thereof) of solar farms. Luckily, in recent years, the number of large-scale solar generation projects has increased significantly, with dozens in the construction stages as of May 2019.

Here are the five biggest solar farms in Australia, with the map below showing those that are currently operational alongside those currently in construction. 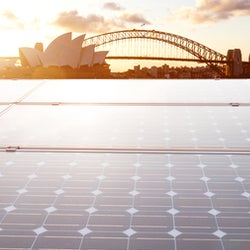 Large-scale solar is becoming a bigger part of the NSW energy mix, with 14 additional projects over 50MW set to join the ranks of the existing six in the next few years. Below is a compilation of operational solar farms in NSW that are over 50MW in size, listed in ascending order.

We’ve also gathered a list of 50MW+ solar farms in NSW that are currently under construction. For information on estimated finish times, visit the respective website. These are listed in order of size. 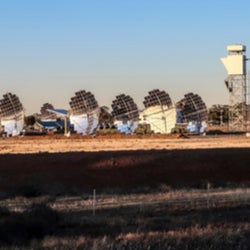 Victoria currently has five solar farms over 50MW producing power in the state. It’s less than other states perhaps due to the availability of suitable locations with plentiful sun. Here are those projects, listed in order of their size.

With four new solar farms over 50MW under construction in the state, Victoria is set to see its large-scale solar generation more than double over the coming years. These are the projects currently underway: 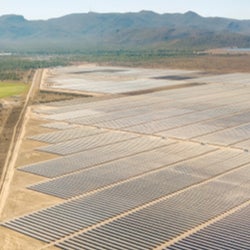 It called the Sunshine State for a reason you know – in fact, Queensland leads the pack as far as large-scale solar power generation is concerned, with some of its biggest farms located up north, near Townsville. Below you’ll find a list of established solar farms in QLD that are 50MW or over, listed according to their size.

Queensland has 11 large-scale solar projects currently in the works, with its largest capping off at a huge 1,500MW. This farm will not only become Australia’s biggest by a decent margin, but also one of the largest in the world. These are the projects under construction in QLD: 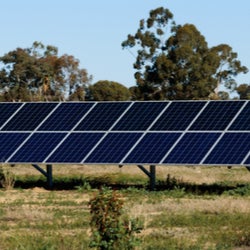 Whilst South Australia may not host the same volume of solar farms as seen in other states, it should be noted that the largest operational solar farm in Australia, Bungala Solar Power Project, is in this state. Listed below are the two 50MW+ facilities currently in use in South Australia.

South Australia shows great potential when it comes to solar generation, with seven solar farms due to surface in this state over the coming years. These, in order of size (and, again, not under 50MW), are listed below. 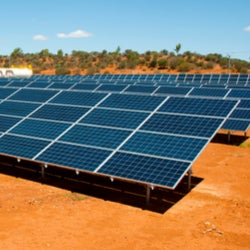 Western Australia is home to a number of small solar farms, with none currently exceeding 50MW. In the next few years, the state is expecting two large solar farms to join its ranks. These are detailed below.

How much power do solar farms generate?

According to the Clean Energy Council, only 0.8% of Australia’s total electricity generation came from large-scale solar farms in 2018. This number may seem small, but when you consider that only a small portion of our total power generation comes from renewables, it might seem more substantial.

In the context of the total amount of clean energy generated, Clean Energy Council found that large-scale solar PV made up 3.9% in 2018, with this number set to grow with the construction of 42 new solar farms in the coming years. As an example, the largest of the lot, the Harlin Solar Farm, is said to supply 300,000 households, or approximately a third of Brisbane, with electricity a year when fully operational.

Can the grid support the generation of energy from solar farms? 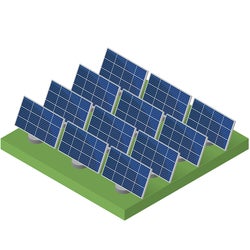 It’s widely contested as to whether the grid has the infrastructure in place to support the transition away from coal and towards renewable energy. Where on one side it is argued that given the investment, solar and other renewable generation methods can reliably supply the country with most or all of its power needs, those opposed to the idea aren’t shy to say that Australia is far off this target.

What was Australia’s first solar farm?

Whilst it seems that the growth of large-scale solar farms has been tremendous in the last few years, it hasn’t always been a booming industry, only really popping up on our radar in 2011. The first commercial-scale solar farm was the Uterne Solar Power Station in Alice Springs, which at 1MW produced about 1% of the area’s electricity needs. On a utility scale, Greenough River Solar Farm opened in 2012, which has a capacity of 10MW, and which to this day is generating power near Geraldton in Western Australia.

As we mentioned before, large-scale solar projects only made up around 4% of Australia’s total renewable energy mix in 2018 – so what are the other energy generators we’re using? Here are just a few examples of other ways Aussies are creating sustainable power:

A final note on solar farms

Rooftop solar still dominates the solar industry, making up around 20% of our renewable energy output in 2018, according to the Clean Energy Council. If you’ve got solar panels on your roof, or are now looking to take the leap, follow the link below to compare feed-in tariffs, so you can be sure you’re getting the best return on your investment. 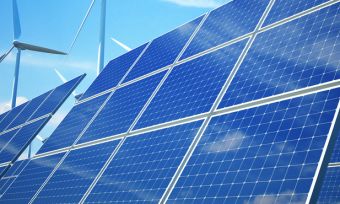