The silly season is already well underway for many Aussies with interstate travel back on the itinerary, so if you’re looking to stock up on food and party supplies – and cartons of beer (naturally) – here’s your guide to what’s open over the holidays, including on Christmas Day, Boxing Day and New Year’s Day.

Keep in mind that trading hours can vary between different individual stores and locations, so it’s worth searching for your postcode online when looking up shopping hours. 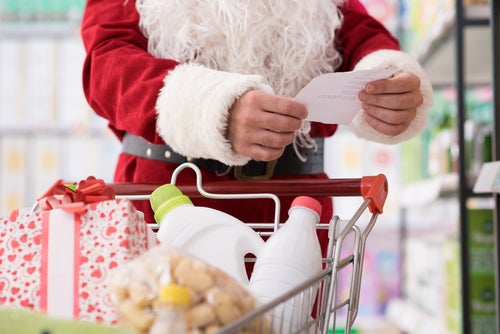 Christmas Eve is not a public holiday so most major supermarkets including Coles and Woolworths will operate as normal between 7am and 9pm, depending on location. However, ALDI will have reduced trading hours on December 24. If you’re a Coles shopper, keep in mind that opening hours will also vary depending on the individual store. Here’s a quick rundown of opening hours in each state for Coles supermarkets:

Christmas Day is a public holiday which means most supermarkets and retailers across Australia will be closed, with the exception of some independent convenience stores and service stations − you should still be able to duck out for a last-minute chicken roast or slushie! In Queensland, some independent grocery shops may also be open. Smaller businesses in Tasmania might also continue to operate throughout the holiday period, with Victoria also allowing exempt shops like restaurants, chemists, takeaway outlets, and cafés to trade.

Boxing Day (Sunday, 26 December) is ‘grab a bargain’ day and shops will definitely be open to kick off the biggest shopping event of the year. Sunday trading hours will apply.

Most Woolworths supermarkets are open as normal (Sunday trading hours) on Boxing Day, except for the Millicent Woolies store in South Australia and several stores in Queensland. These include:

Coles will be open on Boxing Day but trading hours will depend on the specific store. Here’s a general rundown:

Most ALDI stores nationwide will be open from 9am-8pm ─ although ALDI stores in South Australia will open a little later at 11am. 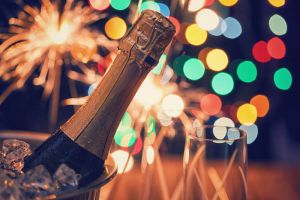 New Year’s Eve is not a public holiday which means the majority of supermarkets including Coles and Woolies as well as retail shops will operate as normal (weekday trading hours) − mostly between 8am and 6pm. Although it’s likely some regional Coles stores in Queensland (i.e. Goondiwindi, Mt Isa, and Ayr) and select Coles metro stores in Adelaide (excluding Adelaide CBD and Adelaide Rundle Place) will be closed.

However, New Year’s Day is a public holiday, so reduced trading hours may apply. Most ALDI stores will open from 10am, except for stores in South Australia which will resume trading from 11am. Coles and Woolworths will also be open, except for select regional stores.

Don’t leave it until the last minute to stock up on booze or you could be left high and dry. Liquor stores such as Dan Murphy’s and BWS aren’t open on Christmas Day. If you’re planning to sink a few beers during the holidays, you should get your tipples a week before the festivities to be safe. Although, bottle shops are open on Christmas Eve and New Year’s Day.

Are restaurants open on Christmas Day?

Some local restaurants, including cafés, will be open on Christmas Day ─ but whether a particular venue is open, is up to the individual business. Make sure to call ahead and, most importantly, book a table to ensure your family isn’t left hangry on the merriest day of the year.

Are the cinemas open on Christmas Day?

If you would rather watch festive movies like A Boy Called Christmas on the big screen, some cinemas like Hoyts, Cineplex, and Village Cinemas are open on Christmas Day. Although certain venues might only run afternoon screenings rather than all-day sessions. Meanwhile, Event Cinemas, Reading Cinemas, and Palace Cinemas are typically closed. But this can vary between locations.

Are pharmacies open on Christmas Day?

Most pharmacies are open every day throughout the year including public holidays, like Christmas Day, New Year’s Day, Easter, Anzac Day, and so on. Although, health and beauty retailers which offer pharmacy services such as Priceline will be closed.