Show Important Notes^* Hide Important Notes^*
* Overall satisfaction is an individual rating and not a combined total of all ratings. By default, brands with equal overall satisfaction ratings are sorted by the mean overall satisfaction score as rated by consumers. You can click the arrows at the top of any column in the table to sort by the results in that column.
^ By clicking on a brand or ‘details’ button, you will leave Canstar Blue and be taken to our referral partner to compare. You agree that Canstar Blue’s terms and conditions apply to this referral. If you click on a brand that our referral partner does not cover, you will be taken to a brand page on Canstar Blue.
Canstar Blue research finalised in May 2021, published in June 2021.

Aussies have rated ALDI the number one liquor retailer in Canstar Blue’s 2021 review, scoring the supermarket five stars for price relative to other stores and overall satisfaction.

Think the gym is the only place you can get a six-pack? Our survey shows the bottle-o is another place Australians like to get ‘canned’, with respondents spending an average of $49 a week at their local. For three in five people (60%), the weekly shopping list for booze usually stays the same. Wine is the most common tipple purchased by our respondents (60%), followed by beer (54%) and spirits (49%), including pre-mixed options.

We’ve lifted the lid on which liquor stores consumers prefer to shop at for their cheeky bevvies, by surveying more than 1,700 consumers on the liquor retailers they purchased alcohol from (in-store or online) in the last three months. Retailers were compared and rated on their range of products on offer, price compared to other retailers, deals and specials available, store layout and website usability, customer service, and overall satisfaction. Retailers that met the minimum required survey sample size of 30 responses are featured in our results.

In 2021, ALDI was rated best for liquor stores with five-star reviews for overall satisfaction and relative price.

Here are the best liquor retailers in Australia, as rated by consumers in Canstar Blue’s 2021 review:

About the Winner – ALDI

ALDI may be known for its cheap grocery essentials and wallet-friendly Special Buys. But did you know the supermarket also stocks a variety of wine, champagne, spirits and beer & cider, at prices that are just as affordable? It even has a long list of award-winning liquors, including the South Point Estate Pinot Grigio which is available for $4.99. Some other products include:

Prices start from just $2.99 for a 750ml bottle of Precious Earth Chardonnay or a 500ml bottle of cider from Renberg, or $3.99 for Claire Creek Sparkling Moscato if you prefer a bottle of sparkling.

ALDI’s beer and cider range is the most affordable, costing between $2.99 and $18.99. But you’ll have to fork out extra for spirits, which usually checkout at between $9.99 for a four-pack of Vodka Crush and $36.99 for an eight-year-old bottle of Highland Black Blended Scotch Whisky.

However, liquor is only available in selected ALDI stores in NSW, VIC, ACT and WA. Liquor is not sold in ALDI stores in QLD and SA due to liquor licensing restrictions.

Canstar Blue surveyed more than 3,000 Australian adults across a range of categories to measure and track customer satisfaction, via ISO 26362 accredited research panels managed by Qualtrics. The outcomes reported are the results from customers within the survey group who have purchased alcohol from a liquor retailer (in-store or online) in the last three months – in this case, 1,719 people.

McDonald’s is now offering customers essential grocery items like bread and milk at the drive through during the coronavirus outbreak. 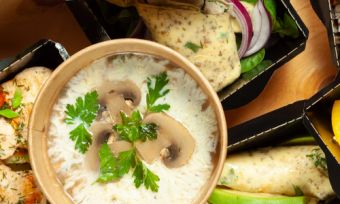 Meal delivery kits you can get for under $200 per week

Sometimes life can cook up a few inconveniences, whether it’s a busy schedule, empty supermarket shelves, or a health pandemic forcing many of us to stay home. So, how can we get enough grub to … 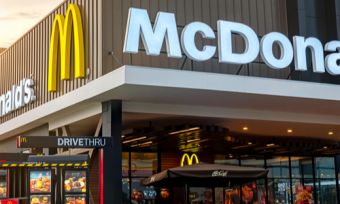 Fast food giant McDonald’s is shouting all Aussie healthcare workers free coffee and soft drinks at any restaurant or Drive Thru nationwide from today (23 March).

Eligible healthcare workers will be able to claim a small … 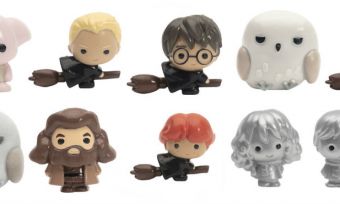