Disney+’s television library is the ultimate combination of old and new. Basically, it’s Saturday Disney nostalgia sprinkled with cracking new Originals. We’ve also touched base on some of the best Disney+ Originals available on the streaming platform, however it’s definitely time to shine light on the insane and awesome collection of television shows on Disney+. It’s time to take a trip down memory lane… Here’s a list of the top 10 shows on Disney+ you can’t afford to let pass you by:

The latest offering from the Marvel universe, Moon Knight follows Steven Grant, an unassuming gift store employee, as he transforms at night into mercenary Marc Spector, who in turn transforms himself into crimefighter Moon Knight. The thing is though, Steven and Marc have limited knowledge of each other, with Steven often blacking out due to his dissociative disorder, which puts him in plenty of dangerous situations, including something that’s tied to the Egyptian Gods.

When we make decisions, we often don’t think of the long-standing consequences that could potentially blossom as a result, or believe that one person can have such a lasting effect on a country. Well that’s the underlying tones of Dopesick, a series that details the rise – and horrifying consequences – of the use of Oxycontin, detailing the events from the boardrooms of Big Pharma companies through to the small-town workers who begin to get hooked on the numbing drug.

The Only Murders in the Building

When a murder happens in their New York apartment building, three strangers – who all share a love of true crime – band together to solve the mystery, although quickly find themselves out of their comfort zones, which was previously limited to podcasts and true crime television. Starring comedy royalty Steve Martin and Martin Short alongside Disney alumni Selena Gomez, the 10-part series is sure to poke a bit of fun at the world’s obsession with true crime, as well as keep you guessing to the end.

If you’re in the mood for an animal documentary, Growing Up Animal is just the ticket. Exploring the stages of pregnancy, birth and child-rearing across the animal kingdom, the documentary series looks at how individual species bring new life into the world. From National Geographic, you can expect to see a lot of baby elephants, chimps, sea lions, lions and grizzly bears, which makes for a good doco in anyone’s books.

If you’ve ever wondered what goes on behind the scenes to make a theme park run smoothly, then does Disney+ have the documentary for you. Behind the Attraction offers a look behind the curtain as to what goes into the day-to-day running of Disney Parks and Resorts, including archived footage from over 60 years ago, and how the parks have changed over time. And while it’s no substitute to actually being there, it may be just the holiday you need.

Once a Hannah fan, always a Hannah fan (no matter if you’re actually Miley Stewart). Hannah Montana completely ruled the world for every young (or not so young) girl during its run on Disney from 2006-2011. The combination of Miley Cyrus’s star power, her real-life Dad Billy Ray Cyrus starring alongside her, the hilarious supporting cast and the fact that Miley was leading a double life as superstar Hannah Montana worked to ignite Hannah Montana and turn it into one of Disney’s biggest hit series (whilst simultaneously skyrocketing Miley Cyrus to stardom). You will certainly get the best of both worlds as you lose yourself in the world of Hannah – we mean, Miley.

Selena Gomez in her break-out role would receive a mention in this list whether the show was good or not – but in this case, Wizards of Waverly Place is an absolute classic. The show follows the Russos, who, on the surface appear as an ordinary family who own a sandwich shop, but behind closed doors are anything but. The Russo siblings – Alex (Gomez), her older brother Justin (David Henrie) and their younger brother Max (Jake T. Austin) – are all wizards-in-training after inheriting wizarding powers from their father Jerry (David DeLuise). The siblings have to juggle keeping their secret safe at mortal high school, whilst also preparing for the Wizard Competition which takes place once all three turn 18, to decide who will become the family wizard and keep his or her wizard powers. Nostalgia at its finest.

We all followed the Cap’s life after the crash into the Arctic crash, but what about Peggy? Luckily, Avengers: Endgame writers Christopher Markus and Stephen McFeely created the often overlooked Agent Carter, which follows Peggy (Hayley Atwell) in 1940’s America as she balances routine office work, secret agent work for Howard Stark, and the grief and loss of boyfriend Steve Rogers. The show also introduces the origins of several characters and storylines from the MCU and co-stars Chad Michael Murray. What more could you ask for?

After the announcement that Gargoyles would be on Disney +, so many people came out and described the show as “underrated”, a “hidden gem” and something they were “overjoyed with” to see on Disney +. Intrigue set in, we discovered Gargoyles, and now it must be included in the list. The cartoon, which was released in 1994, follows a species of nocturnal creatures who have been trapped in a petrified state for 1,000 years thanks to a curse, until they are re-awakened in modern day New York City and become its unofficial protectors. When the cartoon was first released it saw relative success, however in recent years it has become a cult favorite and gained a strong following. Much to the delight of said cult following, all three seasons (including all barbaric 52 episodes of season 2) have been placed on Disney + for viewing.

We know, we know – this show has been mentioned in just about every list for Disney+, but there’s a good reason for that and it would simply just be wrong not to include the headline act of Disney+. The Mandalorian is set five years after Return of the Jedi but before The Force Awakens in a relatively lawless era that’s yet to be explored. The warrior of the story, the ‘Mandalorian’ is played by Game of Thrones’ Pedro Pascal and is a bounty hunter who begins to develop a conscious mid-way through all his bounty hunting business. The show has also given birth to possibly the most talked about character in the last few months, Baby Yoda. Cute, cute, cute.

If you didn’t agree with these choices (or by some miracle you’ve seen them all already) then fear not – there are hundreds of other shows out there on Disney+ just waiting to be demolished in one shameful binge! And if you’re in the mood for something else, check out our article on the best kids shows or the best movies on Disney+ or to keep the good times rolling. 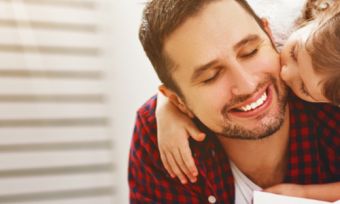