When it comes to streaming platforms, we’ve got it pretty lucky here in Australia. We’ve got the big names like Netflix and BINGE that cater for a wide audience, alongside smaller, genre-specific platforms that help scratch the itch when we’re craving something in particular. But what about those who are after some anime? Thankfully, there’s a few options available, including Funimation, but what exactly is available through Funimation, and how much does it cost? Find out all you need to know about Funimation in this Canstar Blue guide.

How much does Funimation cost?

Funimation is available as either a $7.95 monthly cost, or as a $79.50 annual subscription, with a free-tier also available, although you’ll have to put up with some ads. For paying subscriptions, you’ll get ad-free access to the entire Funimation content library, as well as subtitles and dubbed content, offline viewing and up to five simultaneous streams.

Funimation’s free tier limits how much content you can watch, with only select seasons of certain shows available, and you’ll have to deal with ads throughout, similar to Spotify. There are also limitations on how much dubbed and subbed content you get on the free tier, meaning which plan you sign up to will depend on how much of an anime fan you are.

Information collected from each streaming service’s website. Accurate as of April, 2022.

Does Funimation have a free trial?

Funimation currently has a 14-day free trial, although this is only offered for those who sign up to Premium Plus plan.

How to cancel a Funimation subscription

Interested in something new? Why not check out BINGE? Prices start at $10 per month for a basic package and go up to $18 per month. Check out the plan inclusions in the below table. This table includes links to a referral partner.

How to watch Funimation 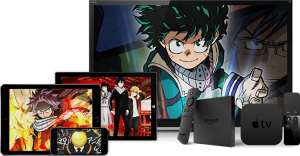 Funimation is available to stream and watch on a variety of devices, including iOS and Android mobile phones, smart TVs including Apple TV, Android TV, gaming consoles such as the Xbox One, X and S, PlayStation 4 and 5, as well as the Nintendo Switch, in addition to Chromecast, Amazon Fire TV and through the Funimation website. The Funimation app is also free to download.

What to watch on Funimation

Funimation’s content library is primarily filled with Japanese anime, although offers anime from other countries, in addition to live-action films and shows. Funimation’s library is broken into New Releases as well as genres, which includes:

You can expect a wide variety of anime shows, from 90 classic such as Dragon Ball Z and Afro Samurai through to recent hit shows such as Attack on Titan and Bayonetta, with hundreds of shows and movies available. Other titles include: 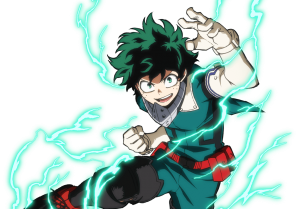 Most titles have either subtitles or are English dubbed copies, thanks to Funimation’s partnership with Crunchyroll, another anime-focused streaming service, with both English and Japanese spoken languages. Funimation also includes a schedule on its website to outline what shows and episodes are coming soon to the platform.

Does Funimation have parental controls?

Funimation has parental control settings, allowing you to restrict what shows and films young eyes may be privy to. You can turn on parental controls via the Account Preferences section.

Are AnimeLab and Funimation the same company?

AnimeLab was an Australia-based anime streaming service, before the platform merged with Funimation in 2021, with AnimeLab’s exclusive content also transitioning to Funimation. Existing AnimeLab users can log into Funimation with their AnimeLab details, where you’ll then be prompted to create an official Funimation account.

Is a subscription to Funimation worth it?

While hardcore anime fans no doubt know exactly where they can track down their favourite anime in addition to new releases, for more casual fans, or those who simply want to revisit the glory days of Goku and Dragon Ball Z, finding anime shows can be tough. While Netflix has a range of anime shows available, opting for a service that is dedicated solely to anime certainly has its appeal. And considering that Funimation is one of the cheaper services available in Australia, if you’re really a fan of anime, it’s well worth the cost, particularly when you consider that Funimation is continuously adding new episodes every week, and already has hundreds of titles in its library.

The main drawback is that it doesn’t have original content, meaning if you’re a big anime fan, chances are you’ve seen a lot of the Funimation library already, and that if you’re in the mood for something other than anime, you can only opt for some anime-inspired live-action movies, which may leave you wanting. Overall though, Funimation is a likely first stop for even the most casual anime fans, with the free trial a worthwhile option for those still on the fence. And if you’re still not sure, check out our Pay TV and streaming services ratings to see what other options are available for you to try in Australia.

Looking for some more animated content? Check out Disney+! With two plans to choose from – a monthly subscription at $11.99 per month, or prepay for a year at $119.99 – both plans include the same features, with unlimited downloads and the ability to stream on up to four screens at the same time. This table includes links to a referral partner.