It’s a well-known fact that rivalry breeds success. The Bulls-Pistons rivalry got the Chicago Bulls and Jordan a championship, the space race between Russia and the Unites States got the first man on the moon – you get the picture. And when it comes to streaming here in Australia, it just so happens that we have a rivalry of our own between the US-born Netflix and local hero Stan. When it was revealed back in 2015 that the American streaming titan Netflix would be tossing its hat into the Aussie streaming ring, Stan was gloved up and ready to go, having launched two months prior.

It’s no secret that Netflix is a global streaming sensational. As of April 2020, the service had over 182 million paid subscribers worldwide and a massive catalogue of Netflix Originals to give creatives another avenue to get their masterpieces on the screen. Stan, on the other hand, isn’t operating at such high numbers, but is leading the Aussie-owned SVOD market with over 1.8 million subscribers and a number of its own originals. It may seem like David vs Goliath, but as the demand for streaming increases, the battle between Netflix and Stan remains at an all-time high, with both vying for the attention of the country. But who comes out on top? 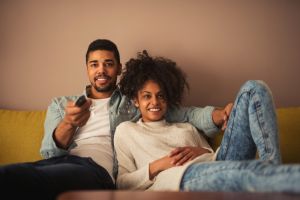 As with any side-by-side comparison, you have plenty to look at. There are the stats, content, the price, and then the unmeasurable enjoyment you get from each streaming service, regardless of how good (or bad) your choice in movies is. So, to help settle the argument once and for all, read on to find out which streaming service is the best.

We’ll start with the basics – just how much will you be dishing out for each service per month. At first glance, it’s clear that both services are pretty much on par with each other. Both charge subscribers at three different membership levels – a Basic plan, Standard plan and Premium plan. As you can see below, the only real difference occurs when you jump up into the Premium bracket, and even then, you can argue ‘what’s a few dollars’ when you’re going for the top shelf?

When it comes to free trials, Stan is the clear winner. It offers 30-day free trials on every plan for all new users, whereby Netflix canned its free trials in March 2020. Both services allow users to cancel whenever they want, with no lock-in contract the order of the day – with your cancellation implemented before the next billing cycle. 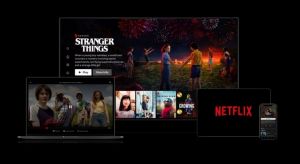 This is a pretty huge factor for a lot of potential subscribers. The more screens and devices that can share an account, the lower the cost is per person. So, if you’re someone who’s planning on cutting the cost between a few of your friends, it may be worth splashing out on a Premium plan from either Netflix or Stan, with both offering screen sharing between four devices at once.

They come out as equals on the Basic plan, with both allowing one device at a time. It’s the Standard and Premium plans that differentiate the two – with Stan’s plan allows for an additional screen in comparison to Netflix across both plans. Even if you’re not looking at it from a cost perspective, having multiple devices and streams going at the same time is just convenient, especially if your household features a lot of different tastes in movies. 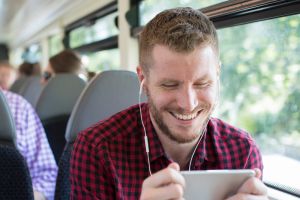 As to be expected, quality and resolution go hand-in-hand with how much data you’ll be using on each plan from both services. Netflix and Stan also come up pretty equal in this category. Subscribers will be chewing through around 3GB of data per hour at HD on the Standard plan and 7GB/hour at Ultra HD (also known as 4K) on Premium.

However, it’s surprisingly the Basic plan that sets the two apart – on Stan, you’ll be chewing through 1.3GB/hour, but on Netflix only 700MB. Could a saving of 600MB/hour be enough to set Stan back? Both services also allow downloading for offline playback. 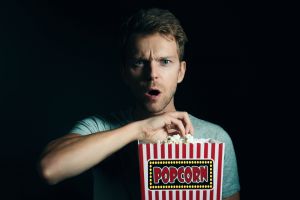 Now for the fun stuff. Which streaming service has the better library? Of course, the type of content users chooses to watch is purely subjective, but we’re going to have a crack at it anyway.

Netflix has a much larger content library – coming in with approximately 3,500+ movies and 1,800+ shows available. This is to be expected really, with the streaming giant placing emphasis on Originals (including hits such as Stranger Things and The Irishman) and a larger access to international content, including Spanish-speaking success stories Money Heist and Elite. Netflix has also snagged rights to some spectacular content from alternative sources, such as Black Mirror, Peaky Blinders, The Bodyguard and Riverdale, to name a few.

Stan holds access to slightly less content with approximately 1,300-1,700 movies and 500+ TV shows. But it’s not one to back down without a fight. Stan has secured the rights to some of the most iconic television ever made such as The OC, Grey’s Anatomy and Seinfeld gracing our screens through the “Stan Iconic Series”, with Stan also the home to shows like Better Call Saul, Billions and newcomer Normal People. Stan’s Originals movies category may leave some wanting, but it does look to redeem itself through documentaries and international new releases such as the Academy Award winning movie Parasite.

Should I get Netflix or Stan?

As the final scores are tallied, it becomes clear that not much separates the two besides personal opinion. If you’re a film buff, a fan of re-watching old TV shows, or want to share devices at a low cost, Stan might be your thing. If you’re willing to dish out a little bit more per month for the highest quality and for never-ending Originals, maybe it’s Netflix. To help with the final decision, check out the table below to find out which service may be the best for your next binge session.

Information from respective websites, accurate as of November, 2021.

While both Stan and Netflix come out swinging, and each have their own strengths, this matchup is too close to call, although we think we’re the real winners here, as there’s no shortage of content to keep us glued to the couch.

Can’t decide between Netflix and Stan? Why not try Disney+? There are two options to choose from – a monthly subscription at $11.99 per month, or prepay for a year at $119.99 – with both plans including the same features, with unlimited downloads and the ability to stream on up to four screens at the same time.