For some, under the car hood is unknown territory, a place where you only go if you really need to. But regardless of how much you know about your car, what oil your car takes – and knowing what the oil actually does – is something every car owner should have some knowledge of. But with so many types and brands out there, finding the oil you need for your car can cause a few to spin their wheels. To help you get a rolling start, find out all you need to know about motor oil with this Canstar Blue guide.

What does motor oil do? 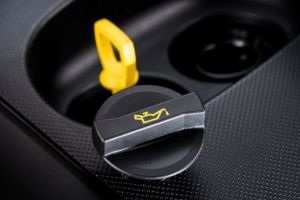 Motor oil has a number of functions, but its main purpose is to lubricate engine parts to reduce friction and damage, as well as ensuring the car engine keeps running smoothly. Other functions include heat reduction, protecting the engine from corrosion and debris buildup, as well as improving fuel efficiency. As a result, ensuring you use the correct motor oil can be the difference between literally having a well-oiled machine and potentially rolling around in a lemon.

A major component of the difference between motor oils is viscosity, which is a fluid’s resistance to flow, and is more commonly referred to as how ‘thick’ the oil is. In simple terms, the thickness of the oil will impact on how quickly the oil will be able to flow into the spaces between the crank journals and engine bearings where it’s needed. As a result, using an oil that is suitable for your engine, and your climate, will ensure that your engine keeps running smoothly.

Read more: Which petrol should you use?

Viscosity is rated by the Society of Automotive Engineers (SAE), and is generally noted as “xW-xx” on the motor oil’s packaging. The first number indicates the oil’s viscosity, or flow, at zero degrees Fahrenheit (or -17 degrees Celsius). The lower the number, the less the oil thickens during cold weather, meaning those in colder climates will benefit from looking for a ‘0’ or ‘5’ rating. The ‘W’ stands for Winter, while the last two digits indicate the oil’s viscosity at higher temperatures, namely at 212 degrees Fahrenheit (100 degrees Celsius).

As an example, a motor oil with a viscosity rating of 5W-30 will be better suited for colder climates, while an oil rating of 20W-50 will be more suitable for hotter climates. If you’re not sure what oil is the best option for your car, be sure to check the owner’s manual, as it will generally give you an outline of which oil viscosity is best suited, with some cars able to take multiple oils with varying viscosity ratings.

Like most things, as it gets older, your engine will have to work harder to get the same result. As a result, do you need to change which oil you use to make sure that your engine remains healthy? It’s a big talking point on online forums, with some recommending that you stick with the oil that is outlined in your car owner’s manual, while others recommend that you switch to a thicker oil as your engine needs extra lubrication after years of operating.

Whether you should switch will depend on what you drive, how often you drive, and if you’ve had any issues with your car, with smoke coming out of the tailpipe a good indicator that you should potentially change the motor oil you use! If you’re not sure, you can always drop the keys off to a mechanic to be inspected, or just contact the manufacturer for the recommended practice.

Can using the wrong oil damage my car? 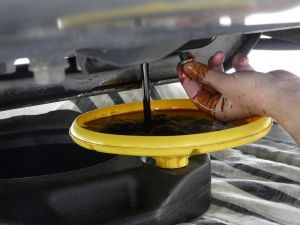 Your car engine can be damaged by using the wrong oil, although the extent of the damage will depend on how long it’s been in your engine before you’ve realised you made the mistake. If it’s just been a few short trips, then you should be fine, but if you’ve been doing it for months or years, it’s likely that your engine will have suffered as a result.

Damage occurs when the oil doesn’t protect the engine parts properly, which is generally an area that relies on the viscosity. Oil that is too thick for your engine can’t get to where it’s needed, while oil that’s too thin won’t stick around where it’s needed, leaving your engine’s components exposed. Similarly, if you use conventional oil when your car takes more expensive synthetic oil, you may notice a difference in performance.

A good indicator as to whether you’re using the wrong oil is if you experience a noisy engine, oil leaks or poor performance. If you think you’ve been putting the wrong motor oil in your car, your best option is to take it to a mechanic to be checked.

Where can I buy motor oil?

Motor oil can be purchased at car accessory retailers such as Supercheap Auto, mechanics, petrol stations and even retail stores such as Big W, giving you plenty of options for when your engine is running on empty.

How often should I check or change my oil? 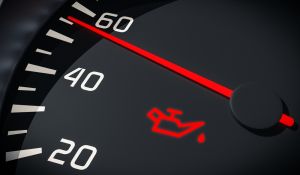 Most car retailers, manufacturers and mechanics generally recommend checking the oil once a week, as well as before you head out on a big road trip, as it only takes a minute, and is often a good indicator of how healthy your engine is. Alternatively, you can simply leave it to the mechanic at your next service, provided you keep up to date with your servicing schedule.

To check your engine oil, simply pop the bonnet, and look for the oil dipstick, which is generally located near the engine block. It’s recommended that you do this on level ground so that the oil hasn’t pooled to one side of the tank, and you check your oil when the engine is cold (i.e. hasn’t been running), as this will give you a better indication of how much oil you have left.

To check the oil, remove the dipstick and look at the oil level indicators, and if you’re getting low on the indicators, you may need to top up. However, most modern vehicles now come installed with a sensor that tells you when you’re running low on oil, alerting you via the dashboard as to when you should be looking to top up.

Should I use engine oil additives?

Engine oil additives are – as the name suggests – additional extras that you can add to your engine oil to improve performance and output. But are they necessary for the run-of-the-mill driver and car?

Most motor oils already contain a certain amount of additives to help with overall performance, but some cars – primarily those who have seen plenty of years or kilometres – may need an extra boost to help everything under the hood running smoothly. Engine oil additives can help oxidisation resistance, improve viscosity and clean out the engine, and while not absolutely necessary to keep your car running, they may help the efficiency and overall health of the engine, so occasionally using oil additives may help keep your car going a bit longer. However, it depends on your car, engine and what oil you’re currently using, as you’ll want to use an oil additive that complements your oil, not works against it. If you’re not sure, ask your manufacturer or a mechanic to give you the inside lane.

Which motor oil is best for my car?

With so many options on the shelves, which one you should be stocking up on will depend on what you drive, as those with high performance engines, and those who live in colder climates, may need specific oils to keep their engine running properly. Reading your owner’s manual will be the easiest way to figure out what type of motor oil you should use, as well as any potential alternatives as your car gets older, helping to make sure your wheels keep turning.