There’s been a lot of discussion about ‘energy deregulation’ over the years. To some people, it might sound like just another political debate that no one really cares much about. However, the effects of deregulation can have a massive impact on you and your bank balance, so it’s important to know what’s going on.

What is energy deregulation?

Traditionally, a state government was responsible for its entire energy sector. It would manage all gas and electricity distributors and suppliers, and have control over setting tariff rates. In the last 15 years, however, state governments across Australia have progressively reduced their grip on their energy markets by reducing and then removing restrictions on energy competition and prices.

This means that in many states, private companies are now free to enter and compete in the energy market, and are also given the power to set their own tariff rates and market offers.

In a deregulated energy market, some retailers are still required to offer plans known as ‘standing offers’ to customers. These are government regulated plans and while they are not usually the best value for money, they do provide a safe option for anyone who is unsure about which plan they should sign up to. They will have no exit fees, unlike many market offers.

Which states are deregulated?

The energy market comes under state jurisdiction, meaning regulations will vary across borders. In 2002, New South Wales and Victoria became the first states to introduce Full Retail Competition, which allowed private energy retailers to enter the market. In 2009, Victoria became the first state to completely deregulate its electricity market, meaning the retailers were free to set their own prices. Since then, other states have followed suit.

*If your annual electricity usage is above 50MWh (about $14,200) and you are not connected to Western Power’s distribution network, then can you choose your retailer.

State governments in smaller states and territories are more reluctant to give energy retailers the ability to set their own prices. This is because there are fewer retailers and therefore less competition to ensure a deregulated market has its intended benefits.

Allowing the energy retailers to set their own prices sounds pretty scary at first – what’s to stop them from raising the price as high as they want? The idea behind a deregulated market is that by allowing energy retailers to compete for market share, they are incentivised to offer lower prices, and better services.

Whether or not deregulation actually works is a contentious subject, as retailer costs account for a small portion of electricity charges. Rather, the bulk of your energy bill is made up from the wholesale rate that retailers themselves have to pay for the energy they sell you, and is unaffected regardless of retail competition or price deregulation.

With all that said, energy retailers in a deregulated market will still try to give themselves a competitive edge, through generous discounts, package deals and minimised rates where possible. The trick is to follow the best offers and switch if you think you could save. 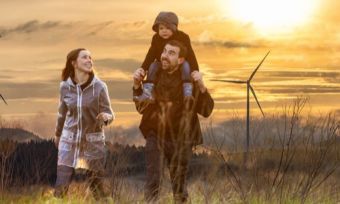