Energy customers in New South Wales will soon have another electricity and gas provider to consider, with GloBird Energy granted a license to operate in the state.

Currently only retailing in Victoria, GloBird Energy has emerged as one of the most innovative, smaller retailers in the market, offering a range of electricity plans to suit households of different sizes and usage requirements.

It has been granted a license by the Australian Energy Regulator (AER) to sell electricity and natural gas in NSW, Queensland, South Australia and the ACT, although it’s thought the Sydney area will be its main focus for now.

One of the most prominent ‘second tier’ retailers in Victoria, GloBird Energy has a reputation for providing big discounts off electricity usage charges, with up to 40% off its rates for customers who pay their bills on time. The retailer is also one of few to offer a specific solar product.

“GloBird Energy is a completely independent energy retailer using technology to run a smarter more efficient business, we help keep the market competitive and drive rates down. Join with us and fight the powers that be,” GloBird Energy states on its website.

“GloBird Energy don’t have a towering city office with overpaid executives, we use the latest technology and the power of cloud computing to run a leaner, less labour intensive back office and pass these savings onto our customers. To get our best rates make sure you pay on time and maximise your discount.”

What will GloBird Energy do for competition?

GloBird Energy’s move into the NSW market should help keep a downward pressure on electricity prices, with households in the state amongst the most likely in the country to switch in search of a better deal. A recent Canstar Blue survey found that 28% of customers across the state have switched providers over the last two years. However, just six out of ten respondents (59%) think they get a good deal on electricity.

Since the lifting of electricity price regulations in 2014, NSW has become one of the most fiercely competitive markets for energy providers. However, 87% of households in the state are still supplied by one of the big three electricity retailers – Origin, AGL and EnergyAustralia – according to the latest figures from the AER. These three retailers also serve 95% of gas customers.

Of those electricity customers that haven’t switched providers in the last two years, almost half (46%) said it’s because they are happy with their existing retailer and don’t want to switch, but 32% said it’s because they consider the process of comparing offers too complicated. A further 29% said they would like to switch but haven’t found the time. 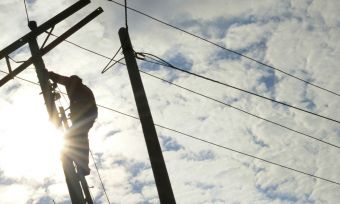