Engin is one of many smaller Internet Service Providers with a focus on solid value and extra perks to entice you to place your browsing needs with them and not with one of the big boys, like Telstra and Optus. Engin offers a range of NBN, ADSL2+ and mobile broadband plans. It also offers a concise range of mobile phone plans, making it possible to have your entire telecommunications engine fuelled by Engin.

Despite being an ISP you have probably never heard of, Engin has been around for quite a while by technology standards. It is perhaps best known for being the first commercially available Voice over Internet Protocol (VoIP) provider in Australia – providing the service since 2004. Now Engin is part of the M2/Vocus Communications group that also owns iPrimus and Dodo. Beyond that, let’s see what Engin has to offer, and see whether Engin is good value or not.

What does Engin offer?

As mentioned earlier, Engin offers a range of broadband and mobile phone plans, consisting of:

These plans are outrageously simple to follow and one of the main first impressions with Engin is that the telco is concise, clear and transparent in what it offers. These plans are also available in phone and broadband bundles, which can boost value even further.  These can be had from $74.95 a month so it’s worth a look-in.

Engin has three distinct ADSL2+ plans that are somewhat different if you opt for a monthly plan, which technically brings the total to six plans. The basic plans on a 24-month contract are as follows:

Evidently, the best value seems to be in the unlimited plan. By opting for a lock-in contract you’ll also get extra perks that don’t come with the monthly plans. On a 24-month contract, you’ll get a bonus modem included, no set-up fees and uploads aren’t included in your allowance, which is especially handy when sending emails or messages, and uploading content to cloud other services. Monthly plans are also slapped with a $5 extra cost per month, bringing the plans to $35, $45 and $55. Engin is trying to get you to commit, and with these bonuses it’s hard to say no.

NBN plans are also much the same type of deal with Engin, however you now have to contend with NBN’s speed tiers to see which one is best for you and your household.

With Engin’s NBN plans you have no choice but to be put on a 24-month contract. However you won’t accrue any excess data charges – speeds will be throttled, however, should you exceed your allowance.

If you’re constantly on the go then Engin has you covered. It has a concise range of mobile broadband plans:

There are no excess data charges, but you’ll be on 3G internet instead of 4G. You’ll also have to bring your own hardware to use the service – be it a dongle, SIM-ready tablet or otherwise. You’ll also be locked into a six-month contract, so you’ll have to be sure you want mobile broadband for a while before you commit.

Engin seems to love working in threes. Its mobile phone plans are no exception. You’ll get a choice of a monthly or 24-month contract, which technically brings the plan total to six. Engin’s mobile service runs off the Optus 4G Network, ensuring quality coverage. On a 24-month contract you’ll get:

There is no overt penalty for choosing a monthly plan, however you will be slugged with a $20 set-up fee. As far as value included goes, a 2-minute phone call costs $2.20 – 90c a minute plus a 40c flagfall. Voicemail is also an optional service, costing $1.95 monthly in your call allowance if you need the service. If you exceed your data allowance you’ll also get a 1GB auto top-up, which costs $10.

Furthermore, Engin also offers the opportunity to bundle the plans with a mobile phone. For example, a Samsung Galaxy S7 32GB can be had from $63 a month. Currently there are no new Apple iPhones available – you have a range of certified pre-owned models to choose from though.

Again, Engin works in the rule of threes. This time there are three VoIP plans to choose from, with a choice of a monthly or 24-month contract. All of these plans are NBN-ready, meaning that when NBN comes to your neighbourhood, you’ll be seamlessly transitioned. The VoIP plans are as follows:

With every plan you’ll get a bonus Engin VoIP box, making the transition to the service from your traditional landline as easy as possible. However by opting for a monthly contract you will forego this privilege. With every plan you’ll also get the option to choose an international call pack that costs an extra $10 a month and includes unlimited calls to 15 countries, including the likes of Canada, UK and the USA.

How does Engin compare to other providers?

Engin is just one of many smaller providers in the broadband and mobile sea. As such it is pretty hard for the telco to stand out, and its value is nothing spectacular in this fast-moving sector. Its support features, such as an intuitive chat function on its website and call centre with long hours are promising, though. Beyond that, let’s see how its plans compare.

Engin offers the best value on its unlimited plan – the data-capped plans simply pale in comparison. However good the plan may seem, however, there are a number of providers offering cheaper plans, with many on a no-contract basis. Keep an eye out for the likes of Dodo, Inspired, AusBBS and Barefoot Telecom to all offer unlimited data for a little cheaper, although Engin is by no means a slouch here.

Engin’s NBN plans also suffer much the same fate as its ADSL2+ plans. That is, the best value is found with the dearest plan. You’ll get 400GB on Tier 5 for just under $100 a month, which is pretty pricey in most considerations. Here Engin falls behind other small providers that all offer similar amounts of data for cheaper. MyRepublic is one such provider leading the charge, with unlimited data for about $60 a month, which is outstanding. Other providers such as Teleron, Exetel and Activ8Me also provide solid value.

Engin’s mobile broadband deals compare pretty well to the competition, in that 1GB of data for $10 seems to be about the industry standard. Value then increases as you opt for more data. There are a number of providers, however, that offer even cheaper prices with likely faster speeds. Engin’s mobile broadband still uses Optus 3G, instead of 4G. Furthermore, you are locked in to a six-month contract, while many other providers are month-to-month. Keep an eye out for providers such as SpinTel, Jeenee Mobile, Vaya and even Optus to provide more data for cheaper prices. All these providers are SIM-only so you’ll have to provide your own compatible dongle.

As is reflected across the board, Engin’s mobile phone plans also fall a little flat compared to the competition. These days, for $45 you can easily get at least 5GB of data for your trouble, and many other Mobile Virtual Network Operators offer 8GB or more. In the postpaid sphere, keep an eye out for providers like Jeenee Mobile, Yomojo and Amaysim, which all offer outstanding amounts of data for your pennies. Even King Telstra comes to the game with some fairly solid value.

Engin luckily comes up strongly in the VoIP department. There are a few key players in this segment, including iiNet, Exetel and iPrimus.

Overall, Engin seems to offer solid value against some pretty big contenders. While prices tend to be similar per month, you’ll find that checking costs to mobile phones is what can make or break a plan.

Is Engin broadband a good move?

Engin is one of many smaller providers offering an alternative to the bigger guys. Its full suite of broadband, mobile phone and VoIP plans ensures it remains a challenger to mainstream players like Telstra, Optus and iiNet. However, the sea of competition has expanded rapidly in the last few years, and it’s apparent that Engin may not have kept up with demand. Its plans across all telco categories are outdone in value by smaller providers that frequently offer more for less. Perhaps Engin’s saving grace is its competitive VoIP plans and service features, which are well worth a look into. Nevertheless, it can’t hurt to compare a range of different ISPs to eke out the best deal for you and your household. 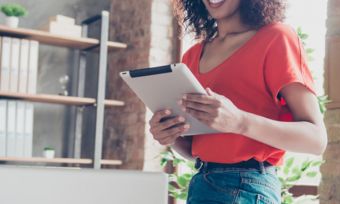 The top mobile broadband plans for working from home