iiNet has cemented itself as one of Australia’s leading home broadband service providers, with a solid reputation built on clever marketing and generally good customer support. But are its home internet plans still up to scratch in this increasingly competitive telco world? Following its takeover by TPG in 2015, iiNet has become part of the second-largest telco in Australia – behind Telstra of course. However, iiNet is still its own company, offering its own broadband plans.

iiNet offers a range of internet plans, including a suite of NBN plans, that have many Australians hooked. So, you might be wondering just how iiNet compares to other internet providers. In this iiNet internet plans review, we’ll take a look at what iiNet has to offer when it comes to internet plans, prices and any extras on offer.

iiNet has a large range of over 10 broadband plans, including ADSL2+, naked DSL, Fibre and NBN plans, with NBN plans starting at $59.99 a month. Unlike some other internet providers which charge you at higher rates if you exceed your limit, iiNet throttles your data and speeds so you don’t overspend.

iiNet’s main products are its NBN plans, complemented by its ADSL/naked DSL plans, and cable plans in selected areas. So in the interest of what will cover most of Australia, here are iiNet’s NBN plans at a glance:

What does iiNet offer?

iiNet’s fibre NBN coverage is largely subject to the rollout as a whole. The NBN network covers 93% of the population with the remaining 7% of households able to sign up on either fixed wireless NBN, satellite NBN, or an NBN alternative. If your house is not currently serviced by the NBN, it’s worth checking the nbnco website to see when you can expect the technology to be installed.

Right now, most capital cities and major regional hubs are covered by the fibre network, with more connections being completed everyday.

While there’s a fairly concise array of plans at face-value, you can customise these to suit your needs, through modems, entertainment, call packs and more.

The cheapest NBN plan available from iiNet, the NBN 12 plans include 500GB of data per month on a month-to-month contract for $59.99 per month. You can add on a modem or other extras such as call packs or entertainment.

If you’re just needing an internet connection for the basics, or maybe you’re in a small household, iiNet NBN 25 may be for you. You’ve got typical evening speeds of 25Mbps, with unlimited data for $69.99 per month.

If you need a boost, you can upgrade to NBN 50 – Standard Plus. iiNet boasts a typical evening speed of 50Mbps here, with plans priced at $74.99 per month.

iiNet dishes up Premium NBN for $99.99 a month. Typical evening speeds clock in at around 90Mbps between 7pm and 11pm peak hours.

If you’re on an eligible NBN connection type, you may be able to access iiNet’s NBN 250 and NBN 1000 plans. Both plans include unlimited data and a month-to-month contract, plus your choice of extras such as Fetch; however, you will need to supply your own compatible high-speed modem.

The following table shows a selection of published iiNet plans from Canstar Blue’s database, listed in order of their standard monthly cost, from the lowest to highest. Use our comparison tool to see plans from a range of other providers.

For those with an unreliable NBN connection, iiNet also offers home wireless broadband, priced at $59.99 per month for unlimited data. Using the Vodafone network to connect your home, this option provides speeds up to 20Mbps, and comes with no lock-in contracts or setup fees and an included WiFi modem.

The following table shows a selection of published iiNet home wireless broadband plans from Canstar Blue’s database, listed in order of their standard monthly cost, from the lowest to highest. This is a selection of products with links to a referral partner.

If the standard home wireless broadband plans don’t offer enough speed for your internet needs, iiNet offers a couple 5G Home Broadband plans. The cheaper of the two plans includes up to 50Mbps speeds, while the Premium plan offers up to 100Mbps speeds.

The following table shows a selection of published iiNet 5G home broadband plans from Canstar Blue’s database, listed in order of their standard monthly cost, from the lowest to highest. This is a selection of products with links to a referral partner.

Fixed wireless is basically a connection to a wireless internet exchange, which then connects to satellite services. It’s explained further in this article. The benefit with iiNet’s fixed wireless plans is that they are generally not any more expensive than prices for fixed line NBN. This means that customers can enjoy 500GB from $59.99 a month. Speed tier jumps are also generally the same price. So really, the method of your NBN delivery is different, but prices and the end result mostly are not. However, speeds generally max out at NBN 50, with NBN Co nixing plans for 100Mbps speeds on the fixed wireless network.

If you’re out in the sticks and connected to the NBN, SkyMuster satellite is probably what you’re connected to. Prices for this service are generally higher than that of fixed line or fixed wireless connections for the equivalent amount of data. Prices with iiNet start at about $40, for which customers receive a modest amount of data, split by peak and off-peak data. Speed boosts start at $5 extra per month, while anything more substantial quickly costs over $90 a month. Still, there are no unlimited plans no matter how much you’re willing to spend, and speeds max out at 25Mbps.

iiNet has a comprehensive online portal where you can monitor usage, check network status, change your account details and more. Technical support is open 24/7, with sales open from 8am to 11pm on weekdays and 8.30am to 8pm on weekends.

How does iiNet internet compare to other providers?

iiNet’s plans strike a balance between low-cost, limited plans and more expensive unlimited plans. The company faces stiff competition at both ends of the market. In terms of entry level plans, there are several small providers offering similar or greater amounts of data for comparable prices, however iiNet stands out for offering not just broadband but entertainment as well. Below is a list of providers with some form of entertainment bundles ripe for the taking:

Telstra and Foxtel get access to Foxtel Now and traditional Foxtel, while the others rely on Fetch TV to deliver access to streaming. All offer some form of unlimited data, with varying contract lengths. As always it pays to look at more than just the monthly price; setup fees, modem charges and other upfront costs can all add up.

Should I choose iiNet?

Hopefully this iiNet NBN review has helped shed some light on what you can expect from iiNet internet plans. iiNet remains an excellent choice for home broadband. Its large range of plans and supported internet technologies means that wherever you are and whatever your budget, iiNet likely has a plan for you at a competitive price – often beating out the big guys like Telstra and Optus.

However, there is a range of smaller providers offering unlimited internet plans at cheap prices, whereas iiNet is somewhere in the middle. These smaller providers frequently beat out iiNet in terms of price, but iiNet’s generally reliable service and wide-ranging network with satisfied customers still makes it a safe bet.

If you are after the most ‘bargain basement’ plans on any type of connection, iiNet may not be the provider for you. While iiNet plans are generally not expensive by any means, there are other providers out there undercutting the big guys by quite a margin. However, you may also find that you get what you pay for and you may find value in paying more. In any case and no matter your budget, iiNet is worth keeping an eye out for.

What do customers think about iiNet NBN plans?

In 2020, Australians gave iiNet 4 out of 5 stars for Overall Customer Satisfaction in NBN plans

Much has changed since iiNet was founded in a garage in 1993, where now is one of Australia’s most well-known internet service providers. The question is, outside of its regular-joe brand ambassador, what more could you know about iiNet?

Founded in Perth, Western Australia in 1993, iiNet had modest beginnings that eventually brought it to be one of the biggest broadband providers in Australia in 2011, with more than 2,500 staff members to date. Its parent company is telco giant TPG, which acquired iiNet in 2015.

iiNet has a strong focus on its internet products, but sells a few other plans as well. Here’s what you can expect to see from iiNet:

2005 | iiNet starts providing ADSL2+ speeds of up to 24,000 kbps, making it the first provider to offer it on a national level.

2010 | Australia’s first terabyte plan on the NBN is launched by iiNet. 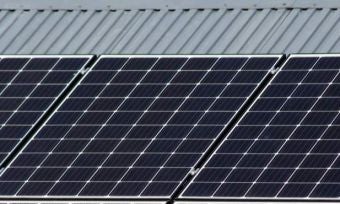