The telecommunications market can be a very crowded space at times. When it comes to phone plan providers, we all know the ‘big three’ — Telstra, Optus and Vodafone — which happen to operate Australia’s only three mobile networks. However, if we’re looking at Australian internet providers, it’s a bit more complicated.

Now that the NBN (National Broadband Network) has been rolled out to most of the country, it has vastly changed the landscape of internet in Australia. The NBN is an Australian owned and operated fixed-line broadband network, which sells network access and bandwidth to internet providers which then sell plans to the public. This means that rather than relying on providers to roll out networks, the NBN has broadened the competition with a ready-made network, ultimately giving consumers more choice for which internet provider to go with.

However, despite the huge range of choice on offer, the internet market is still dominated by a handful of providers. In this article, we’ll take a look at some of the biggest players in the NBN market, and what you can expect from these providers when it comes plans and prices.

Who are the biggest internet providers in Australia?

You might not be surprised to find out that Telstra (which also owns Belong), currently has the largest market share when it comes to NBN customers. With just under 50% of the NBN market share, Telstra is the biggest internet company in Australia. Telstra also has the largest mobile network in the country, is listed on the S&P/ASX 20 index as a publicly traded company, and is a household name when it comes to telecommunications.

The second biggest internet provider is the TPG Group. TPG is already a well-known name when it comes to home internet plans in Australia, and is the parent company to several other well-known internet providers, including iiNet, Internode and Westnet (among others). TPG has also recently completed a merger with Vodafone, which includes the roll out of TPG’s technology assets to help improve and boost Vodafone’s mobile network performance. The merger included a name change for the parent company — TPG Group is now known as TPG Telecom.

Coming in at third place is Optus, with Vocus Group (Dodo and iPrimus) coming in at fourth. All the other smaller internet providers make up the fifth and smallest market share percentage.

To break it down, here are the biggest internet providers  — specifically for NBN — as reported in June 2019 according to the ACCC’s NBN Wholesale Market Indicators Report, listed by percentage of market share:

Source: ACCC NBN Wholesale Market Indicators Report 30 June 2019 (Note: the above numbers may not add up to 100% due to rounding).

Note: Since the report’s release date, TPG Group is now TPG Telecom and includes Vodafone under its umbrella of telco companies.

With millions of Australian homes and businesses now connected to Telstra plans, it’s not shocking to see how large the company’s NBN market share has grown. Similarly, the post-merger list of brands now owned by the TPG Telecom (previously TPG Group) parent company means its second place sitting is also to be expected.

What you might find surprising is that despite there being around 200 active NBN providers operating throughout Australia,  only 7% of the market share can be attributed to companies other than Telstra, TPG Telecom, Optus or Vocus Group. It really puts into perspective the sheer number of people signed up to plans with such a small pool of providers.

Are the biggest internet providers Australian-owned?

There is a lot of competition when it comes to NBN providers, with some of these companies owned and operated in Australia, and others foreign-owned. Out of the largest NBN providers (Telstra, TPG Telecom, Optus and Vocus Group), here are the countries of ownership for these providers:

While Vodafone is now part of TPG Telecom, it was previously a UK-owned provider. Now since the merger, TPG Telecom will be partly Australian owned. As for the other internet providers which make up the smallest market share, there’s a mix of Australian-owned and foreign-owned: Aussie Broadband, Southern Phone, Exetel, Flip, Kogan and Tangerine are Australian-owned, while MyRepublic is Singapore-owned, Origin is partly-Australian owned and Foxtel is Australian-American owned.

Do bigger internet providers have the best internet deals?

Taking a look at the market share, it’s clear that a large number of Australian customers have chosen to sign up to only a small selection of NBN providers. However, there are plenty of telcos to choose from, and it’s important to remember that NBN plans can be very different from provider to provider.

Finding the best internet deal doesn’t always mean you have to go with the biggest and best-known provider. Choosing a great NBN plan depends on what you want for your home internet. Price isn’t the only difference between NBN plans — contract length, included modems, and entertainment and bundle options can help determine which NBN plan is best for you. You might also choose your provider based on the NBN speed tier options available.

The following table shows a selection of published unlimited Standard Plus Evening Speed (NBN 50) plans from Telstra, Optus, TPG Telecom and Vocus Group providers on Canstar Blue’s database, listed in order of standard monthly cost (excluding discounts), from the lowest to highest, and then by alphabetical order of provider. Use our comparison tool to see plans from a range of other providers. This is a selection of products with links to a referral partner.

If you’re not quite sold on a NBN plan from some of the largest internet providers, you can still find great value NBN plans from those smaller companies. You might find that one of these providers has the best internet plan for you.

The following table shows a selection of published unlimited Standard Plus Evening Speed (NBN 50) plans from a range of other providers on Canstar Blue’s database, listed in order of standard monthly cost (excluding discounts), from the lowest to highest, and then by alphabetical order of provider. Use our comparison tool to see plans from a range of other providers. This is a selection of products with links to a referral partner. 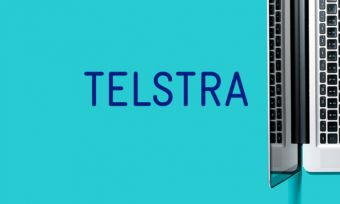