TPG’s acquisition of competing internet service provider iiNet has created the second largest ISP in Australia. Alongside Telstra, Optus and Vocus Communications (which owns brands including Dodo and iPrimus), TPG is now one of four huge companies providing broadband services across the country. But is TPG’s takeover of iiNet a good thing and what does it mean for customers?

The takeover of iiNet boosts TPG’s market share to 27%, making it the second biggest broadband provider in Australia, behind Telstra (41%) and ahead of Optus (14%). Whilst large corporate takeovers can mean increased buying power and infrastructure, they can also result in less competition and worse value for consumers. So what does this takeover mean for iiNet customers and for the Australian broadband market as a whole?

Whilst it raised a few eyebrows, the Australian Competition and Consumer Commission (ACCC) announced that it would not oppose TPG’s acquisition of iiNet – already two of the five largest suppliers of fixed-line broadband in Australia – despite concern that the takeover may lessen competition, particularly in the short term.

The ACCC concluded the takeover would not “substantially” lessen competition, and found that the combined competitive constraint from the other major broadband suppliers would stop the market from becoming too concentrated. That said, there were definitely some concerns at the top level, as illustrated by ACCC chairman Rod Sims at the time: “…the ACCC has noted the growing consolidation in what will now become a relatively concentrated broadband market. Any future merger between two of the remaining four large suppliers of fixed broadband is likely to raise serious competition concerns,” Mr Sims stated. 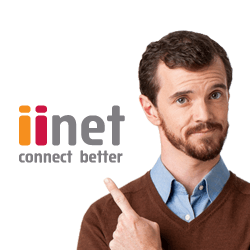 A significant concern raised ahead of the takeover was the degree to which TPG would interfere with iiNet’s company culture and structure. The ACCC said it received a large number of submissions from consumers who were concerned that TPG wouldn’t maintain iiNet’s competitive offerings and stellar reputation for customer service.

The back-end process of combining iiNet and TPG’s customer networks seems a no-brainer, whereas the question remains as to whether TPG – a brand known for its low-cost approach – will attempt to change iiNet’s traditionally strong focuses on innovative products and consumer advocacy.

According to iTnews, iiNet chairman Michael Smith voiced serious concerns back in March as to whether TPG would retain iiNet’s brand values, though he also stated that TPG’s acquisition of the company for such a large sum ($1.56 billion) meant it was unlikely to mess with iiNet’s proven formula.

This sentiment was echoed following the August takeover by Teresa Corbin, chief executive of customer advocacy group ACCAN. Ms Corbin stated that whilst she had concerns about the reduction in market competition, it was unlikely that TPG would attempt any significant changes as it could lead to a mass exodus of unhappy customers.

For now, at least, it seems as if iiNet will operate more or less unchanged. It makes intuitive sense – having paid a huge amount of money for iiNet and its unmatched reputation for customer service, TPG is unlikely to mess with the golden formula.

What about Internode and Westnet?

A related concern for customers is whether or not TPG will retain iiNet’s subsidiary brands, two prominent examples of which are Internode and Westnet. TPG’s recent FY15 results presentation made several broad statements regarding its ‘game plan’ for the acquisition, and foremost of which was that it would retain the iiNet, Internode and Westnet brands.

To emphasise the point about iiNet’s reputation for quality service, those three brands were three of the highest regarded in Canstar Blue’s most recent customer satisfaction ratings for broadband providers. Indeed, the trio have all occupied top spot for overall satisfaction in the last three years.

Aussie customers can also take comfort from the way iiNet handled the takeover of these companies themselves. Both Internode and Westnet continue to operate as separate brands, keeping their reputations and local customer bases happy. Just like the takeover of iiNet, it stands to reason that TPG is unlikely to interfere with their established brands and local expertise.

There’s also the question of iiNet’s products – will they change much despite the company remaining relatively independent? TPG’s same FY15 results presentation stated that it plans to “Introduce [a] simple and competitive product set”, “maintain call centres” and “consolidate and improve IT systems”.

This suggests that TPG does plan to alter iiNet’s product line-up in the long term, but is committed to maintaining the latter’s excellent reputation for customer service. If you’re an iiNet customer, this eventual change could well prove to be the best of both worlds – TPG’s better value products combined with iiNet’s current customer service and advocacy.

In terms of price and features, let’s compare TPG and iiNet’s current range of NBN plans, to see who currently offers the cheapest deals.

At the end of the day, it’s still unclear as to exactly what TPG is planning to do with iiNet in the long term. That said, it sounds like customers can be confident that iiNet’s core principles of great customer service and active support for consumer rights will be maintained. As always with the machinations of big industry, we’ll just have to wait and see. 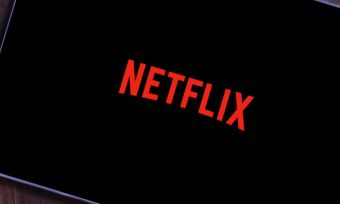