A new mobile app that allows users to live stream and watch catch-up content from all of Australia’s free-to-air TV networks in one place has launched.

Freeview FV will give Aussies access to TV content from 16 different channels, including Seven, Nine, Ten, ABC and SBS, absolutely free. Consumers will also be directed to the free catch-up services of each major network, namely Plus7, 9Now, Tenplay, ABC iview and SBS On Demand.

Developed by Freeview, the new Freeview FV app is available on iOS iPhone, iPad and Android phones. In addition to live streaming and catch up TV, the Freeview FV app offers other features, including favourites and reminders functions which direct users to previously watched shows.

Freeview CEO Liz Ross said the app was ground-breaking for TV viewing and gave people more choice and convenience than ever before.

“This is a fantastic new way for consumers to enjoy TV on their terms and never miss a thing, especially when they’re on the go and away from home,” she said.

Freeview FV is claimed to be the world’s first aggregated live streaming app, developed in collaboration by the free-to-air industry. It brings together all available free-to-air live and catch-up content in one mobile app.

For live sport, Freeview FV mirrors the network’s sporting rights agreements, so users will be able to enjoy the same live sports on the go as they would at home.

The mobile app can be downloaded through the App Store or Google Play. Freeview FV will also be able to mirror to Apple TV using AirPlay.

While Freeview FV is free to download, users should be advised that streaming TV content on the go is likely to significantly chew through their mobile data. A 30 minute program in the most basic quality is expected to consume around 200MB of data.

Freeview is expecting huge demand for the app, especially from commuters. 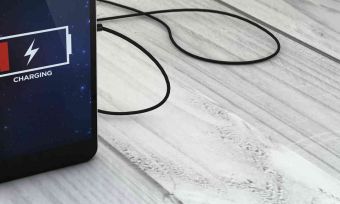 A guide to smart TV services