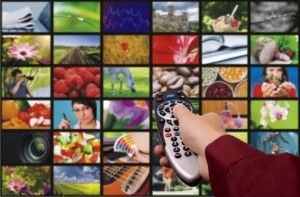 The majority of Australians are still not willing to pay for TV content, but that could be about to change.

That’s one of the findings of a new Canstar Blue study, which also found that 23% of young Aussies are already utilising online streaming services like Stan, Presto, Quickflix and Netflix.

Young Australians are more inclined to pay for new content than their elders, which represents a significant opportunity for the emerging brands on the market. But a large number of adults aren’t yet willing to pay for content, which presents a challenge to streaming services trying to capture the greater market.

How do Aussies watch their favourite shows?

Australia has traditionally had a lower take-up of pay-TV than other developed countries and the majority of consumers think all TV programs should be free to watch. However, young people in particular are starting to realise that if they want to see the latest episodes of their favourite show, they’ll have to pay for it.

How much are we happy to pay for TV content?

More than half of the 2,500 survey respondents said they were not willing to pay for TV content, with free to air catch-up services being well utilised by a large number of Australians across all demographics. Around one in five are willing to pay up to $20 a month for a service that provides a majority of content they would like to see.

Survey respondents who are willing to pay for content are most interested in sitcoms (53%) and movies (73%), but almost half (47%) said they were prepared to pay for sport and a third (31%) were interested in news and current affairs programs.

Australia has long trailed other parts of the world when it comes to online streaming services, but with the recent introduction of Presto and Stan, plus the arrival of Netflix, consumers are now spoilt for choice. Healthy competition is great news for consumers – we’re already seeing something of a price war between the big providers, including Foxtel, and that looks set to continue throughout 2015 as they compete to offer the best service – and fight over market share.