We’re just gonna say it — we’re desperate for some more true crime. And Netflix must be listening, because a series we never thought would answer our prayers has done just that, and its name is Dirty John.

When Dirty John (starring Eric Bana and Connie Brittle) premiered on Netflix back in 2018, not for one second did we expect a second season (the creepy John was dead, after all). Yet out of nowhere, right when we needed it most, comes Dirty John: Betty – The Betty Broderick Story, which tells the shocking true story of Betty Broderick and her husband turned nemesis Dan Broderick.

It’s all a bit random, but we aren’t complaining, so grab the popcorn, because this one is one hell of a ride.

What is Dirty John: Betty?

Dirty John’s second season follows Betty Broderick and her husband in one of the worse divorce cases America has ever seen. Amanda Peet stars as the beautiful and charming Betty, who has played the part of the perfect South Californian housewife and mother for years whilst her husband Dan (played by Christian Slater) worked his way to the top of the American judicial system as a $1-million-a-year attorney. Cracks begin to form between their marriage after Betty begins to suspect Dan is cheating on her with his new, much-younger assistant Linda (Rachel Keller).

We’ll take this time to mention a major upcoming spoiler (but seriously, this happened 30 years ago and made headlines around the world, so you can’t really blame us). As Dan and Linda’s relationship escalates, Betty’s attempts to win back Dan and her children continuously backfire, as she becomes more and more erratic and unstable until she snaps and kills both Dan and Linda. Hey, we warned you. 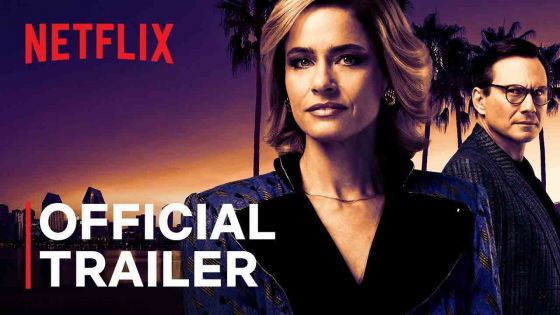 The explosive trailer had us on the edge of our seat for its entirety. Slater plays Dan in a sly manner we could only expect from the actor, and we see Peet play Betty in a manic spiral that is both tragic and brilliant. We see Betty constantly coming out second best to Dan — losing the rights to see her children, losing her money, losing in court — and consequently slowly losing her mind.

Dirty John: Betty – The Betty Broderick Story is an explosive domestic true crime like you’ve never seen before. Catch Broderick Vs. Broderick on your screens as the second season of Dirty John hits Netflix on August 14.