If you’re living in regional or rural Australia, you may well know the struggle of finding reliable, affordable internet that meets the needs of customers outside of the big cities. However, look past the big-name telcos and you’ll find providers such as Activ8me – a Melbourne-based company specialising in keeping regional communities connected.

Activ8me offers a range of NBN plans across a variety of technologies (including satellite, fibre connections and fixed wireless), as well as OptiComm fibre plans for housing estates.

First established over 15 years ago, Activ8me is known as a provider of NBN Sky Muster satellite plans and remains focused on offering communications solutions to remote areas. With both standalone and bundled plans on offer, we’ve reviewed Activ8me’s broadband plan offerings below.

Aussie Broadband offers both fibre and fixed wireless NBN, with fixed line plans including FTTP, HFC, FTTN, FTTB and FTTC technologies. The telco also has a big selection of Sky Muster satellite services, as well as OptiComm fibre plans – what’s available in your home will depend on your location.

Fortunately, you can use Activ8me’s address checker to determine both if you’re eligible for an NBN plan, and if so, what kind of technology is available in your area.

Alongside NBN and broadband, Activ8me offers both home phone and modem options.

SkyMuster was released in early 2017, and is designed to connect customers in rural and remote locations. Prices are generally much higher on average than other NBN connections, and unlimited data isn’t available. While you likely won’t be able to watch a ton of Netflix, you will be afforded a handy ‘lifeline’, which will help with email, social media, doctors’ appointments and the like. Activ8me has a strong focus on its Sky Muster NBN plans, so if you’re looking into this form of NBN connection, you’ll find plenty of plan options to choose from.

While peak data allowance is somewhat limited, where SkyMuster really makes a name for itself is off-peak data allowances, available between 1am and 7am. Below are Activ8me’s Sky Muster plans on both the 12Mbps (Standard Plans) and 25Mbps (Sonic Plans) speed tiers.

Activ8Me’s “Sonic” plan option allows for faster speeds, advertising the $5 extra cost makes the satellite operate at the fastest that it can go. If you’re a heavy internet user in a regional area, it might be worth getting on board with a sonic plan.

Pro satellite plans give users a daily data allowance, rather than monthly, to help prevent customers from running out of monthly data – no matter what you do today, you’ll still have data tomorrow and for the rest of the month. Data allowances reset each night at midnight, and are split into peak and off-peak gigabyte amounts.

Fibre is the NBN type that will first come to mind when NBN is mentioned. Plans are available on a base speed of NBN 50, with 100GB and 250GB options and unlimited data priced at $69.95 per month.

Plans are available month-to-month and six-month contracts. If you do opt for a contract-free plan, you’ll pay a $98 setup fee: this charge is waived on six-month plans.

If you’d like a speed boost, you can upgrade to ‘HyperSonic’ speed for an additional $30 per month for an unlimited plan, which bumps your speed tier up to NBN 100.

Activ8me’s fixed wireless plans are of similar value to its fixed-line options. Prices are the same, but fixed wireless is only available on one speed tier: NBN 50, or Standard Plus Evening Speed (referred to SuperSonic by Activ8me). Maximum off-peak speeds are between 24-48Mbps, but actual speeds will be depend on factors such as your location, network congestion, and hardware.

While Activ8me doesn’t specify the speeds you’ll likely have on these plans, the activities which this plan is suitable for, along with the number of people suitable to use at once, generally fits with what you can typically expect on NBN 50 speeds.

Plans are available on a no-lock-in-contract basis with no setup fee.

Those in a housing estate or new apartment block may find themselves on the OptiComm network. Good news: it’s much like the NBN network, with similar plan pricing and speed tiers, and unlimited data begins at $59.95 for basic (12Mbps) speeds.

Activ8me’s main support channel is over-the-phone, but the telco is available for online enquiries. The phone number listed below is suitable for both sales and customer support.

How does Activ8me compare to other providers?

Other telcos that offer unlimited data broadband include:

Activ8me offers some of the most popular satellite NBN in Australia, and remains pretty competitive across the board. However, as per usual, expect prices to jolt should you wish for the fastest speed tiers with unlimited data.

Is Activ8me worth the money?

Activ8me seems to represent a good option across all NBN speed tiers and deliveries, but especially if you’re a customer looking for an alternative to fixed-line NBN (for example, satellite Sky Muster or OptiComm fibre). Some customers may be put off by expensive setup and router fees, but keep in mind that these can be lessened or waived if you sign up for a six-month contract.

Although Activ8me doesn’t offer all the bells and whistles found with bigger providers (such as home entertainment), the telco does provide a good range of home internet solutions that aren’t overpriced. With almost every broadband technology type available, Activ8me’s plans cover most Australians, especially those living outside of populated areas.

Activ8me also offers a range of NBN and fibre broadband speeds, and its month-to-month plans add flexibility (provided you’re happy to pay setup costs). Overall, the company could be well worth a look for anyone outside of metropolitan Australia: however, make sure you compare plans across a range of providers before signing on the dotted line. 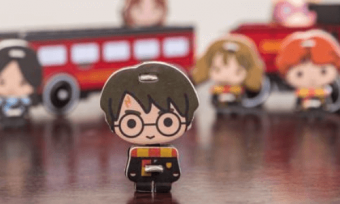