If you’ve moved into a housing estate recently, you might have realised that you only have the choice of one internet network to use – Opticomm. This means there’s no research needed into what connection you need to have when you move in. This can be convenient, but is an Opticomm network plan good value? Find out at Canstar Blue.

While you likely have no choice about what network you can use if you’re in an Opticomm area, what you do have is the choice of provider and plan. This is where the tricky part starts, as not all providers have plans on the Opticomm network, just like some may not have NBN or ADSL plans. With the huge rise of affordable housing estates, Opticomm is fast becoming a premier private network in Australia, so it’s probably helpful to see what you can get even if you’re remotely thinking of moving into an estate.

Internet providers on the OptiComm network

Before we jump into these providers’ plans, if you’re still shopping around for a new house in a housing estate, then it probably pays to know what Opticomm actually is. 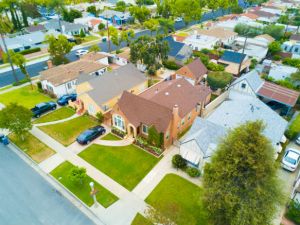 Unlike the Government-run National Broadband Network, Opticomm is a private network wholesaler that services mainly housing estates around Australia. Internet providers can then buy bandwidth on the wholesale network and provide their own plans. Opticomm provides a fibre to the premises (FTTP) or VDSL (high speed cable) connection, which can deliver some pretty fast speeds. Different estates get different service charges and some providers may only operate in certain areas, so it may be worthwhile having a look to see if your provider services the estate.

OptiComm has the same speed structure as the NBN, with several different speed tiers available. The most common download/upload speeds in megabits per second (Mbps) are:

Generally speaking, the faster max speed you desire, the more you can expect to pay. Keep in mind that 12/1 is probably what you’ll be achieving on an ADSL connection, so you may desire something a little faster.

There are nine key providers offering Opticomm broadband plans, with plan pricing generally similar to what you find what ADSL and NBN connections, so Opticomm customers are no worse or better off than others. Prices generally start as low as around $30-$40, but for that you usually get a meagre amount of data.

Activ8Me offers either a 250GB plan or unlimited data with four different speed tiers available, labelled ‘Standard’, ‘Sonic’, ‘Supersonic’ and ‘Hypersonic’ respectively. You can choose between a month-to-month plan or six-month contract. A month-to-month plan includes a $98 setup fee, while a six-month plan requires you to pay an early termination fee of $150 if you decide to leave early. You can choose to either BYO modem or add on a modem with prices starting at $110.

Note that to jump to Sonic costs $10 extra per month, Supersonic an extra $20 a month, while Hypersonic is another $30 per month.  This makes the dearest plan – unlimited data on the HyperSonic speed tier – cost $99.95 a month (excluding setup fees).

MyOwn Tel offers a range of OptiComm plans over five speed tiers, with standard pricing beginning at $69 per month. All plans include unlimited data, and are available either month-to-month, on a 12-month contract, or on a 24-month contract.

iiNet has three basic Opticomm plans, also referred to as FTTH (Fibre to the Home). There are three speed tiers to choose from – Fibre 25 (25Mbps) Fibre 50 (50Mbps), and Fibre 100 (100Mbps). If you want unlimited data, you’ll need to look elsewhere as unlimited data on OptiComm plans isn’t currently offered by iiNet.

All plans have unlimited local and national landline calls included, and you can add on international or mobile calling packs from an extra $10 a month.

iiNet’s fibre plans are offered on a month-to-month basis with no lock-in contract, but you will need to pay a $79 activation fee. Plans also come with the option of adding Fetch TV from an additional $5 per month (plus $59.99 setup). Finally, if you need a modem, pre-configured WiFi modems are available from $59.95 upfront — but you’re always free to bring your own.

As with iiNet, all plans are offered on a month-to-month basis, but there’s no upfront setup costs (unless you need to purchase a modem from Internode, from $59.95 outright). You’re able to customise your plan with extras such as Fetch, available from $10 per month plus $59.99 upfront.

Beyond that you can also add on a call pack, which includes a modem, for $10 extra per month. This call pack includes all landline and mobile calls, as well as international calls to 12 countries. You can also just purchase a $79 modem and pay for it upfront if you wish.

iPrimus is one of the more popular providers on the Opticomm retailers list, but there is little specific pricing information as it varies wildly depending on your location. It generally charges the same as its NBN plans, but if you have OptiComm in your area, it’s worth checking your address on the iPrimus site for more accurate pricing. For a Fibre 25 plan, you’ll pay $65 per month with 250GB data, Fibre 50 is an additional $5 for a speed boost and for a speed boost to Fibre 100, it’s an extra $20. Adding unlimited data will set you back an extra $5 per month on either speed tier.

Call packs are available for an extra $10-$20 per month, and Fetch is available for an additional $10. Month-to-month plans include a $99 setup fee, while 12-month plans don’t include a setup fee. Your estate may attract a higher or lower monthly plan charge than what’s on offer below, but it might be a good indicator about what you can expect to pay with iPrimus.

Beyond these charges, you can also add on a home phone pack using a VoIP service. Unlimited calls to just landlines costs an extra $10, while the mobile package is an extra $20. You can purchase a static IP for $10 as well. Three contract terms are available – month-to-month, 12 and 24 months. The no-contract option costs an additional $99 in set-up fees. Plans come with a free router, or you can upgrade from $70.

Leaptel had previously only explicitly offered ‘Opticomm plans’, but have expanded to include NBN. You’ll be able to choose from six different download speed plans with upload speed boosts available on three plans. The speed tier you choose determines which data inclusion you’ll get access to — Basic 12/1 speed only has 100GB data available, while Accelerated 50/20 speed tier has unlimited data only.

No matter your contract option, whether its month-to-month or 24 months, Opticomm plans include a $76 upfront setup fee. Adding on a router will cost $150 with $20 postage and phone call packs are available from an extra $9.95 a month for the basic pack with national landline calls included, while the $19.95 package includes national landline and mobile numbers. You can also choose a static IP address for an additional $10 per month.

What is the best provider on the OptiComm network?

This is wildly dependent on what estate you live in and what your specific needs are, but each provider provides something different. In many cases providers’ plans are identical to their NBN plans, or at least very similar. If you’re on the Opticomm network, you likely won’t feel the sting too much from these providers. However, it pays to compare them all, as well as with a range of other, smaller providers that also use Opticomm.