Southern Phone offers an extensive range of mobile phone services and internet plans to customers around Australia. Southern Phone is an Australian-operated internet service provider, with the telco initially funded by the Networking the Nation scheme. This was an initiative of the Federal Government aiming to improve communication service to regional areas, so the only shareholders in the company are local governments, so all profits are reinvested back into the community. In more recent years, Southern Phone was bought by AGL and now operates as an AGL subsidiary. Whichever internet service you’re after, we’ve reviewed and compared Southern Phone’s plans so you can determine the best plan for your needs.

Southern Phone offers NBN plans, as well as Fixed Wireless, Sky Muster NBN, and mobile broadband. Speeds on offer vary based on your connection type, with four different fixed NBN speeds on offer. If your home has access to the National Broadband Network, Southern Phone has a solid range of plans with and without home phone packs.

Southern Phone’s NBN plans are available across four different speed tiers, with unlimited data available and month-to-month, no-contract plans as standard. The below table features all published Southern Phone NBN plans on Canstar Blue’s database, listed in order of cost from lowest to highest. Use our NBN comparison tool to see plans from a wider range of providers. These are products with links to a referral partner.

What does Southern Phone Offer?

Considering plans are month-to-month, you can swap plans as needed, with no early termination fees (although cancelling your plan might require you to pay off your modem, if applicable). Southern Phone’s mobile service opens up broadband customers to unique bundling opportunities, with users able to bundle up to three services into one easy bill.

If you’re looking for a plan on the Standard speed tier (NBN 25) with a typical evening speed of 25Mbps, you can pick up this month-to-month plan for $65 per month with unlimited data. You can also add on a modem for $99 upfront or BYO modem.

The next step up is the NBN 50 speed tier, with unlimited data starting at $75 a month. With typical evening speeds of 49Mbps on the NBN 50 tier, you’ll get a fast connection even in larger households.

In addition to the main NBN speed tiers, Southern Phone also offers the NBN 250 Superfast speed tier on a month-to-month plan. This plan is on the more expensive side at $115 per month, however fast NBN speeds typically cost over $100, no matter which provider you choose. You’ll be able to either BYO modem or add on a modem for $99 upfront.

The following table shows the Southern Phone NBN 250 plan on Canstar Blue’s database, listed in order of cost, from the lowest to highest and then by data allowance, largest to smallest. This is a selection of products with links to referral partners.

If your home is unable to connect to a fixed-line NBN connection, Southern Phone also offers a Fixed Wireless NBN plan. This plan costs $75 per month, includes unlimited data on a month-to-month plan, with an add on modem for an additional upfront cost or BYO modem. Southern Phone offers its Fixed Wireless plan on a 75/10 speed tier, although theoretically, Fixed Wireless offers a 25/5 speed, so actual speeds experienced may vary due to a number of factors.

While these SIM-only plans don’t include a device, you’ll be able to use with any device you wish, whether its a tablet, phone or modem.

The following table shows a selection of published Southern Phone mobile broadband plans on Canstar Blue’s database, listed in order of cost, from the lowest to highest and then by data allowance, largest to smallest. This is a selection of products with links to referral partners.

Southern Phone is also one of a handful of telco brands to offer competitive home wireless broadband plans for those who either don’t want or can’t access fixed-line internet.

The following table shows a selection of published Southern Phone wireless broadband plans on Canstar Blue’s database, listed in order of cost, from the lowest to highest and then by data allowance, largest to smallest. This is a selection of products with links to referral partners.

For those living in remote or rural areas, SkyMuster is likely the only reliable internet connection you can get, and luckily Southern Phone provides a fairly comprehensive selection of plans. There are four plans available at NBN 25 speeds:

Southern Phone has several customer service options, and users can manage their settings through the online portal.

The telco’s call centre is from 8am to 8pm AEST, seven days a week.

How does Southern Phone compare to other internet providers?

With its focus on regional customers, Southern Phone often struggles to provide cheap plans compared to metro-oriented telcos. Generally speaking, there are other providers out there that offer more ‘bang for buck’. Southern Phone’s bundling options also put it in good standing. Other telcos with bundling options include:

There’s a whole lot to consider when purchasing a broadband plan, such as contracts, setup fees, data limits, call packs, modems and more. Luckily, Southern Phone has all the right ingredients to make it a telco worth a look into.

Southern Phone presents a great range of plans for Aussies living outside the major capital cities with its range of NBN fixed-line alternatives. If your broadband and phone options are limited by location, it’s worth checking if Southern Phone is available in your area.

When it comes to NBN plans, these are fairly competitive when speed tiers are taken into account, and while some providers might offer plans a little cheaper, Southern Phone are still fairly average for price. Overall, Southern Phone may be worth a look-in if you’re living outside of the metro areas, but if you’re more city than country, there are a lot of options to consider. 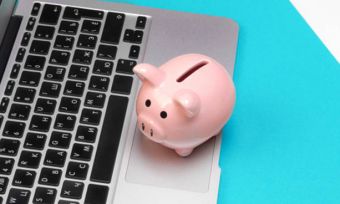