The National Broadband Network (NBN) is an Australia-wide internet network being rolled out across the country to replace our old ADSL technology and give Australians a faster, more reliable fixed-line broadband service. It sees old copper networks replaced with super-fast fibre-optic cables to deliver faster download and upload speeds to homes and businesses.

The vast majority of Australians will see their internet connections upgraded to one of several types of NBN based on three key technologies – fibre, fixed wireless and satellite. This article explains the different types of NBN connections and what they mean for you, as well as all the NBN basics to help you understand how the network works – and how to get the most out of it.

What is the NBN?

As well as the several different types of NBN connection, customers can subscribe to an NBN plan based on one of four standard speed tiers offered by their NBN provider, delivering faster upload and download speeds depending on what their internet needs are. Some providers also offer even faster plans outside of the normal four speed tiers.

What is NBN Co?

NBN Co is the company responsible for the rollout of the National Broadband Network across Australia. In addition, it acts as the wholesaler for NBN providers who then deliver products to end users in the form of NBN plans, customer service, and any other features they offer, such as streaming subscriptions.

NBN connection types and how they work

Here are the seven different NBN connection types and how they work.

How fast is the NBN?

There are four widely available speed tiers on the NBN: Basic NBN 12/1, Standard NBN 25/5, Standard Plus NBN 50/20 and Premium NBN 100/40. The numbers represent their maximum theoretical download and upload speed in megabits per second. Several providers also offer a Premium plan with 100/20 speeds, meaning upload speeds are limited to 20Mbps — these plans are usually cheaper than standard NBN 100/40 options.

NBN providers can choose which speed tiers to offer, with some also providing access to speeds of up to 1000Mbps, which is 10 times faster than the standard maximum theoretical speed. However, these plans are still relatively few and far between and not every household will be able to access these speeds.

Basic and Standard speed plans would be great for general internet use, like web browsing and social media, but if you’re heavy on your downloads, streaming videos or playing online games, you should look into Standard Plus or Premium speed plans.

Which NBN speed should I get?

Signing up to a NBN plan can be confusing, especially when you choose which speed plan. However, choosing the right NBN speed for you is fairly straight forward. There are two simple factors that can help you decide which NBN speed you need:

Smaller households of one to two people may not have a need for faster NBN plans, while households with three or more people who all use the internet, will most likely need a faster speed plan. How you use the internet is also important for deciding which NBN speed you should sign up to. If you only do simple web browsing and check emails, and if it is a small household, NBN 12 should be an adequate speed for you.

If you or anyone in your home plays online games, streams video, downloads files and is a fairly heavy internet user, you will most likely need NBN 50 and above in your home, especially in larger households or if two or more people are heavy internet users. If you’re wondering which NBN speed you need for streaming, the NBN Co website recommends NBN 50 speeds for HD video streaming, while NBN 100 is recommended for 4K and 8K video streaming.

Signing up to a slower plan because it’s cheap may be the wrong move if your internet speed needs are much higher than what the basic speeds give you. The result is most likely going to be very slow internet speeds, so make sure you’re choosing the right speed tier for your household.

Is my house connected to the NBN?

If you’ve been at your current home when the NBN switch occurred, you may have received notice from your internet provider that you can make the switch. Otherwise, it’s easy to check if your house has been connected to the NBN:

If you’re still not sure, you can contact your NBN provider and ask. Otherwise you can check your address on the NBN Co website to see if you have NBN in your area and if your home is connected or when it is expected to be rolled out to your home. You’ll also be able to see which NBN connection type you have at your home.

Who connects NBN to your house and does it cost to install the NBN?

The NBN will be installed in your home or local area depending on the connection type you receive by NBN Co, free of any charges. However, you will need to pay your internet bill, as you would any other internet service, to your NBN provider, for supplying your service. Once you’ve chosen which internet company you want your NBN plan with, that provider will then set up installation (if required), including connecting your modem to the NBN.

The exception to this is if your home is in a new development area, in which case you may be required to pay a ‘new development charge’of $300. If this applies to you, you’ll be informed by your provider at sign-up.

Your internet provider may require you to pay a setup or installation cost separate to the NBN Co installer. Before signing up to any NBN plan, make sure you read the Critical Information Summary and details of the plan to see if there are any extra or hidden fees you will need to pay upfront. Many providers also offer a new NBN-ready modem, which may be included with your plan or optional, and you may have to pay for this.

Do I have to switch to the NBN?

Once the NBN has been installed in your area, you’ll have up to 18 months to switch over to the network before your old ADSL internet connection is turned off. You can opt out of the NBN, but it means that you’ll be left without a fixed-line internet connection to your home and you might change your mind later on. If you choose not to switch to the NBN, you should look for an appropriate wireless internet service.

How much do NBN plans cost?

NBN plans start from just $29.99 per month, but for this you may only receive the Basic speed (NBN 12) and a limited amount of data (from 10GB). The slower speeds are generally cheaper and you can easily find cheap NBN plans for under $60, some with unlimited data.

If you want more speed and are looking at plans on NBN 50 or above and need unlimited data, these plans can start anywhere from $60 per month, and go up to around $90-$100. The fastest NBN speeds can easily cost over $100 — the faster the speed, the more the plan will cost. You might also find some of the more expensive plans may be bundled plans with extra inclusions such as entertainment add ons.

Do all NBN providers use the same network?

Yes. Unlike Australian phone networks, all NBN providers are powered by the same network, which is operated by NBN Co. However, the bandwidth these providers purchase – plus the speeds they offer to customers – will still have an impact on your user experience at home.

Do I need a phone line for the NBN?

How to upgrade your NBN connection

5G offers faster maximum speeds than standard NBN, but it’s tough to say that it’s an NBN killer yet. Its coverage is still incredibly limited across Australia, available only in spots in major cities, with the network continuing to roll out over 2020. It could be an alternative to the NBN, but it’s unlikely to replace the NBN entirely. Also, NBN Co is now making ultra-fast download speeds of up to 1000Mbps available for providers to deliver to households with certain connection types, so we’re seeing some competition when it comes to super-fast internet.

If there’s a problem with your NBN connection, such as line damage causing constant dropouts, or if you’d like to make an enquiry about contractor conduct or technology locations, you can call NBN Co on 1800 687 626.

If you have issues about speed, network outages, connection dropouts or missing equipment like modems, you should contact your NBN provider. 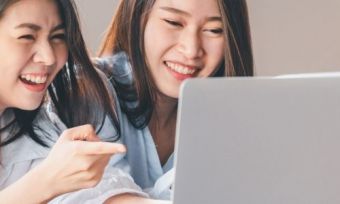 E3 2021: All the new games, from Starfield to Metroid Dread