TPG has grown rapidly over the past few years to become one of the most popular internet providers in Australia. With a good range of cheap, simple plans, TPG has grown a loyal customer base and over the years has expanded greatly, including the purchase of iiNet. This acquisition made TPG the second largest ISP in the country by market share – behind Telstra of course. More recently, and after a battle in the Federal Court, it has also merged with telco giant Vodafone, making TPG a powerhouse in both the internet and mobile space. So, what does TPG offer that makes it so popular when it comes to internet plans, and how does it stack up against the competition?

As the NBN rollout nears completion, TPG, like many internet providers, has ditched many of the broadband plans previously on offer, like ADSL2+. Now, if you’re looking at TPG internet plans, you’ll have a choice of TPG NBN plans and its own ‘Fibre to the Building’ offering. In this internet review, we’ll look at what TPG has to offer for its internet services, specifically NBN, and to see how TPG’s internet plans stack up compared to other internet service providers, to help you find the best deal.

Whether you’re a homeowner, renter, single, a couple, a sharehouse or a family, TPG likely has you covered with NBN and fibre plans on offer. Most of TPG’s home broadband plans come on month-to-month plans or six-month contracts, and with data ranging from 10GB all the way up to unlimited data, you’ll most likely find a plan that suits your household’s needs.

TPG offers two contract terms on its NBN plans – monthly or six months. While a free Wi-Fi modem now comes as standard with every plan, the six month contract waives your $99.95 setup fee. Every TPG NBN plan comes with $0 pay-as-you-go calls, with call packs starting at $10 per month and up to $20 per month. The company lets you choose from four different download speed tiers. Here are the plans at a glance:

TPG Fibre to the Building Plans

Apart from NBN, TPG offers its own Fibre to the Building (FTTB) plans. These plans use TPG’s own fibre network to deliver this service, which is mostly available in apartment complexes where TPG has built the network infrastructure. If you’re an existing TPG internet customer and you’re interested in TPG’s FTTB service, you can give them a call to discuss options.

TPG’s FTTB plans are available with your choice of internet speed — Standard (up to 12Mbps download speed) or Superfast (up to 90Mbps typical evening download speed). Then choose between the 18 month or month-to-month option, but keep in mind that there is a $99.95 setup fee if you choose the month-to-month plan, but this fee is waived on the 18-month contract.

What does TPG internet offer?

TPG’s National Broadband Network coverage is subject to that of the wider rollout taking place throughout Australia. When completed, the fibre component will cover 93% of Australians, with the remaining 7% covered via a fixed wireless or satellite connection.

As it stands, fibre coverage extends to most capital cities as well as major regional hubs. The TPG website has an address checker so you can see what’s available at your place.

As seen above, TPG is a full service provider, offering more than just a cheap price and unlimited data.

On top of this, TPG offers top-speed NBN, unlimited data and no setup fees on six-month contracts. TPG has also been known to include months of free TPG mobile plans with its internet plans, so keep an eye out to see if there are any deals on offer.

TPG offers basic NBN 12 speeds with unlimited data from just under $60 a month here. NBN 12 is suited to lighter users or smaller households who just need to get the basics done, and TPG cites a typical evening speed of 12Mbps.

TPG also offers plans on the Standard NBN 25 speed tier, offering a typical evening speed of 25Mbps. This plan includes unlimited data and is priced at $64.99 per month.

TPG steps it up a notch with the Standard Plus speed tier. Unlimited data starts at $69.99 per month on both month-to-month and six-month plans, and typical evening speeds are listed at 50Mbps.

TPG offers unlimited data here for just $89.99 per month for NBN 100 speeds. This speed tier is suitable for more intensive users who need to download or upload large files, or maintain multiple streams in the household, and customers can expect typical evening speeds of 90Mbps.

Experiencing a TPG internet outage? Or perhaps you have a question about your internet plan? TPG has several different support numbers to contact, depending on what your issue is. For technical support for internet and home phone, the operating hours are 8am to midnight on weekdays, 9am to 9pm on weekends and the same for any public holidays.

There is also the TPG Mobile app that lets you manage your account and access customer support. The website also has a range of help topics and community support.

How does TPG compare to other internet providers?

With a strong focus on value for money, TPG’s plans have historically fared well against the competition – especially the big boys like Telstra and Optus. However, a range of smaller providers across all broadband sectors are giving TPG a run for its money. Overall, TPG compares well to the following leading providers:

However, there’s a lot more to broadband than a cheap price; often, setup fees, modem costs, lengthy contracts and more can make or break a plan. It’s worth considering if these are included in your plan and what plan is right for you.

Is TPG worth the money?

TPG is generally quite popular with customers and is a safe bet for many newcomers wanting fairly solid value. However, with a little digging you can find smaller providers offering more data in a lot of cases for the same price, or cheaper. While you can get some super cheap plans with TPG, you’ll have to sacrifice data inclusions and NBN speeds to pick up one of these cheap NBN plans. Other providers might offer cheap plans with unlimited data as standard, so it’s definitely worth comparing value for money.

With its focus on winning customers through low prices and easy to understand plans, TPG has worked wonders for many years, and will no doubt continue to do so in the future. Its wide range of internet plans and support of both ADSL and NBN fibre technologies means TPG really does have something for everyone. TPG is a safe choice. However, you could potentially find better deals with a bit of hunting around.

What do customers think about TPG NBN plans?

In 2020, Australians gave TPG 4 out of 5 stars for Overall Customer Satisfaction in NBN plans.

In 2015, TPG was recognised as the second largest internet service provider in Australia. You may remember the television ads, but what more do you need to know about TPG?

TPG dates back to 1986, where it was better known as Total Peripherals Group.  In 2008, a merger between this group and SP Telemedia saw the beginning of the TPG brand as we know it today. It’s an ASX listed company, meaning it’s owned by various shareholders around the world. TPG currently has an impressive profile of subsidiaries, with some of the most notable being iiNet, Internode and AAPT. 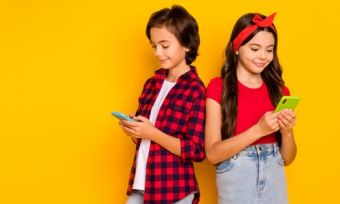 What are the best phones for kids?