TPG has fast become one of the most popular home internet service providers in Australia. Behind Telstra, it’s become one of Australia’s largest telcos, thanks to its acquisition of iiNet and its subsidiaries (including Internode), and more recently, its merger with Vodafone. In fact, when it comes to NBN market share, TPG Telecom as a whole, has just over 20% of the NBN market, behind Telstra with just under 50%, making the TPG Telecom group the second largest NBN company in Australia.

In the NBN space, TPG’s size does not mean it has lost touch with customers, and the company still delivers competitive plans across several speed tiers. In this TPG NBN review, we’ll take a look at TPG’s NBN plans and prices, and see just how this provider stacks up to the competition.

TPG offers decent flexibility, with all plans available contract-free and month-to-month. While there’s no activation costs, customers will need to pay a $99.95 upfront setup fee if they sign up with a modem included. If you sign up on the BYO modem plan, the setup fee is waived.

TPG is also one of the few bigger providers to offer plans across the four main speed tiers, in addition to offering extra-fast speeds where available. Plans with NBN 25, NBN 50, NBN 100, NBN 250 and NBN 1000 speeds are all with unlimited data only, while NBN 12 is available with unlimited data and capped data allowance.

The below table features a selection of published unlimited TPG NBN plans from Canstar Blue’s database, listed in order of their cost from lowest to highest. Use our comparison tool to see plans from a wider range of providers. These are products with links to a referral partner.

If you want to save a bit of money, and your household only uses internet for the basics like web browsing and email checking, TPG has a couple of budget-friendly NBN plans with data limits on the basic NBN 12 speed tier. You can pick up NBN 12 with 10GB or 100GB of data in addition to NBN 12 with unlimited data.

The below table features a selection of capped-data TPG NBN plans from Canstar Blue’s database, listed in order of cost, from lowest to highest. Use our comparison tool to see plans from a wider range of providers. These are products with links to a referral partner.

What does TPG offer? 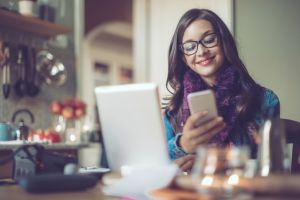 TPG has made moves to pack more in for a cheaper price, with an upgrade to NBN 50 speed from NBN 25 on $5 per month extra. Home phone add-ons are available, and all plans include a pre-configured WiFi modem, unless you choose the BYO modem option.

While all speed tiers offer unlimited data, customers can also opt for a limited data allowance on Basic NBN 12 plans: 10GB of data for $29.99 per month, or 100GB (50GB peak + 50GB off-peak) for $49.99 per month. However, as unlimited data is just $59.99 monthly, many customers are likely to pay the extra $10 for that peace of mind that comes with unlimited data. Very light internet users, such as those who only check emails and do occasional web browsing, are most likely the customers to benefit from these cheaper TPG plans, as these plans aren’t suited to larger households or heavy internet users.

Speeds correct as of February 2022

If you’re planning to pay for your home phone on a pay-as-you-go basis, TPG’s rates are as follows: local and national calls to landlines are from 25c per minute (plus 39c flagfall), while calls to Australian mobiles are priced from 39c per minute with 39c flagfall, and calls to 13/1300 are 30c per call.

If you need a bit more for your home phone, the Extra Talk pack is an additional $20 per month to your NBN plan and includes unlimited standard national calls to landlines and mobiles, plus unlimited international calls to landlines and mobiles to the following 15 countries: Canada, China, France, Germany, Greece, Hong Kong, India, Malaysia, New Zealand, Singapore, South Korea, Taiwan, Thailand, the UK and USA.

Experiencing a TPG NBN outage? Or perhaps you have some questions about your service. TPG offers several different help FAQs on the site, as well as community support, and the TPG Mobile app also provides access to customer support. You can also access live chat on the TPG website. If you’d prefer to call TPG for assistance, you can contact TPG on the following numbers:

TPG’s call centre operating hours are 8am to midnight on weekdays and 9am to 9pm on weekends and public holidays, all times are Sydney local time.

How does TPG NBN compare to other NBN providers?

Generally, entry level prices for Basic NBN speeds and unlimited data are around $50-$60 per month, with exceptions during limited-time promotions and deals. Other than your required speed and the amount of data you need, you’ll also have to consider things like contracts, setup fees, cancellation fees, home phone packs, entertainment options and more when it comes to working out a budget-friendly NBN option.

Is a TPG NBN plan worth the money?

If you’re looking at NBN plans, whether it’s signing up to the NBN for the first time or simply switching providers for a better deal, the biggest question is going to be if TPG NBN is any good. TPG’s NBN plans compare extremely well to its main rivals – Optus and Telstra – but do tend to be around $5 more expensive per month than some of the cheapest NBN plans. However, TPG still has some of the most competitive plans out there, with plan prices sitting in the more mid-range, and backed with the confidence that comes from choosing a bigger company, especially if you’re uncertain about some of the smaller providers.

Perhaps TPG’s biggest positive when it comes to its range of NBN plans is just that — the range. Not many NBN providers offer all of the main speed tiers, and typically most providers offer unlimited data by default. By offering the option for NBN with small data inclusions, Aussies who don’t use much internet can stand to save quite a bit of money by choosing one of these capped-data plans. TPG also offers a lot of flexibility with choice of plan length and optional call packs, and it’s clear that TPG is looking to service a wide range of households and internet users with its flexible selection of NBN plans.

As for speeds and service, TPG does regularly perform well on the ACCC’s NBN Measuring Broadband speed reports. In past years, TPG dominated that top position, only to be dethroned by Optus in late 2019 before surging back to the number-one spot in 2021. While these reports aren’t indicative of how TPG will perform for you, it’s still a good indication of which providers, on average, deliver a consistent experience.

When you’re looking at NBN plans, it also pays to have a look at a range of factors and check out any extra costs such as set-up fees, as well as potential early termination charges if you decide to cancel your contract. You’ll also want to assess which speed tier works best for your household, and look at the typical evening speed of your intended plan for the best indication of how fast your connection will be. Overall, this might help you to decide whether TPG is the best NBN provider for you.