Out of all the big name telcos, Vodafone was late to the party when it came to fixed line internet plans, having only launched plans in late 2017. Vodafone now competes alongside its mobile carrier competitors Telstra and Optus. Since the launch of its fixed-line internet plans, Vodafone also worked towards a merger with Australia’s second largest NBN provider, TPG, which became a reality in 2020. Now Vodafone is well and truly a name in the world of NBN plans. Read below for a rundown of what Vodafone NBN has to offer and what it will cost you.

Vodafone deals exclusively in NBN plans, shying away from ADSL completely. All of its NBN plans come with unlimited data, and three speed tiers are available, as listed below.

What does Vodafone NBN offer?

Vodafone previously only offered NBN plans in a select few locations – Sydney, Melbourne, Geelong and some of the NSW coast. Now its reach is much more extended.

Vodafone has an NBN address checker on its website to see if it’s available in your area. The coverage in these capital cities and major regional hubs means that much of the Australian population is already covered, but it pays to check availability.

Vodafone is a little different to the usual NBN providers, with a unique approach to contracts, modems and setup fees, as well as entertainment and call packs.

Vodafone also backs its plans with a ’30 Day Network Satisfaction Guarantee’, meaning if you don’t ‘love’ the network within the first 30 days of signing up, or within 30 days of NBN activation, you can cancel and not attract any extra fees. You do have to return the modem to a Vodafone store within 10 days, however.

You’re also able to change your plan once per bill cycle and you will be refunded any outstanding fees on a pro-rata basis, with the new monthly fee applied immediately. Vodafone is really upping the ante in terms of tying in both mobile and NBN plans, and makes it enticing for new customers to have both their services taken care of by Vodafone.

Customers can also save $15 per month on plan fees when they bundle their Vodafone NBN service with an eligible mobile phone plan. To qualify, you’ll need to have both a Vodafone NBN plan and a Vodafone mobile plan under a single account and bill.

Vodafone kicks things off by skipping the basic speed tier and instead opting for the next speed available – NBN 25, or Standard Evening Speed. With unlimited data for $75 a month, or $60 if you’re also on a Vodafone phone plan, this tier is good for browsing online, basic streaming and social media.

A big step up in terms of max speeds, but potentially not so much in price, this plan is priced at $80 per month for speeds of up to 50Mbps ($65 for Vodafone phone customers). Vodafone states this tier is better for streaming movies in 4K, online gaming and general browsing.

If you want the best of what’s available on the NBN, the NBN 100/Premium Evening Speed tier may be what you’re after – but only if your home’s connection can handle it. Vodafone’s plan here costs $95 per month – or $80 if you’re on a Vodafone phone plan – and is ideal for multiple HD streams, responsive online gaming and more.

Vodafone is also one of the few providers in the country that offers NBN 250 and NBN 1000, speed tiers that are reserved for FTTP and some HFC homes, as these connection types can achieve faster speeds. These plans don’t come cheap, although if you do a lot of downloads, these plans are definitely worth considering.

The following table shows a selection of published Vodafone NBN 250 and NBN 1000 plans on Canstar Blue’s database, listed in order of their standard monthly cost, from the lowest to highest. Use our comparison tool to see plans from a range of other providers. This is a selection of products with links to a referral partner.

In addition to NBN, Vodafone also offers mobile broadband and – where available – 5G home wireless broadband. Customers can select from two plans, one with a maximum speed of 5oMbps, and a more expensive option with maximum of 100Mbps speeds.

Each plan includes unlimited data and no contracts, and existing Vodafone customers will be eligible for a $5 per month discount. 5G plans also feature an included modem, which is free when you stay connected for 36 months.

The following table shows a selection of published Vodafone 5G home broadband plans on Canstar Blue’s database, listed in order of cost, from the lowest to highest and then by data allowance, largest to smallest.

How does Vodafone NBN compare to other providers?

Vodafone, as one of the three major mobile carriers in Australia – next to Optus and Telstra – competes reasonably well in the NBN space, but is faced with a tough challenge with a whole range of providers all offering cut-price plans and no-frills options. Though, with a recent rejig, Vodafone has shaped up to be one of the more competitive providers, with a whole lot more on offer than just a cheap price. Similar providers include:

Overall there’s over 100 different NBN providers out there, and it’d be virtually impossible to compare them all. What’s important to compare is the price, data included, the speeds on offer, contract length, the cost of the modem and any other bits and bobs – such as entertainment or call packs – you desire in an NBN plan.

Is a Vodafone NBN plan worth the money?

Vodafone is the last of the ‘Big 3’ telcos to come to the NBN plan world, with Telstra and Optus offering plans for quite a while. As far as price goes, Vodafone is often cheaper than these two, with some of the cheapest plans in the market in general.

The fact that Vodafone offers unlimited data across all of its plans is notable, as is its month-to-month contracts with the monthly rebates for the modem. Perhaps Vodafone’s biggest selling point is the 4G mobile backup in case the NBN goes awry, alongside the option to save $15 monthly on your NBN plan if you add an eligible Vodafone phone service.

Vodafone has done well to stay ahead of market trends – i.e. prices lowering. For a big telco to offer such competitive plans is admirable. Offering 4G backup and other perks is a good start and may entice a few customers over, but at the end of the day, Vodafone’s prices may more than speak for themselves.

What do customers think about Vodafone NBN plans?

In 2020, Australians gave Vodafone 4 out of 5 stars for Overall Customer Satisfaction in NBN plans.

You probably know Vodafone well in the mobile communications space, but with the launch of its NBN products, this retailer has also emerged in the internet service (NBN) market. We’ve broken down what you might like to know about Vodafone’s internet history:

The Vodafone brand has been around a while, launching initially in the UK in 1982. After a merger between Hutchinson Telecommunications Australia and Vodafone, Vodafone Australia was founded in 2009. The telco has its headquarters in North Sydney, and is owned by both CK Hutchinson Holdings and Vodafone. In 2017, Vodafone launched a range of internet plans through the NBN.

Although Vodafone is best known for its mobile offerings, it has a whole range of services, including:

2017 | Vodafone rolls our a range of broadband plans and bundles through the NBN.

2018 | Netflix and Vodafone partner to bring Vodafone NBN customers a 12-month subscription to the service.

2019 | The ACCC blocks a proposal for a merger between Vodafone Hutchinson Australia and telco giant TPG. 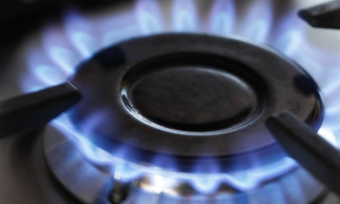