There’s a lot to be excited about around 5G. It’s a faster and more reliable evolution of 4G, the current standard for cellular networks, with mobile carriers now rolling out new 5G networks all over the world.

Here in Australia, the three major telcos have been busy building their 5G networks, with parts of cities now covered by Telstra and Optus and Vodafone  while manufacturers have started developing 5G-capable devices. But there’s also a lot of confusion around what 5G really means for the average consumer: namely, how fast is it? Find out how fast 5G is, and what’s available on the major networks, in this Canstar Blue article.

5G is the next advancement in data focused mobile technology, and represents a step up from 4G. It offers faster internet speeds, lower latency, greater bandwidth and an increased capacity to support thousands more devices: all of which translates to internet speeds faster than you’ve seen previously (in Australia anyway).

The deployment of 5G opens up huge possibilities not just for everyday phone and internet use, but also for areas such as telehealth, remote learning, and smart cities. Telstra, Optus, and Vodafone/TPG are currently relying on mid-band 5G for their network rollout, which is a type of 5G that uses similar frequencies to existing 4G. However, the major telcos are also planning to complement this with a type of 5G called mmWave, which uses higher frequencies.

These frequencies are less crowded than 4G waves, allowing them to transmit higher amounts of bandwidth and support more devices, creating faster speeds (we’ve personally witnessed over 3.5Gbps with Telstra’s mmWave 5G). The infrastructure for mmWave is made up of small cells (rather than traditional towers), located close together, to allow the frequencies to travel quickly between them. This makes it ideal for densely populated regions but doesn’t work so well in regional locations, where it’s harder to place cells closer together. 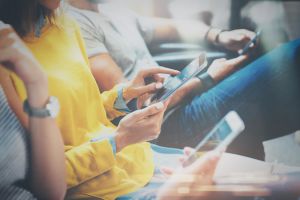 5G has the potential to reach up to 20Gbps, a sharp increase from 4G’s maximum projected maximum speed of 1Gbps. Theoretically, it’s a hundred times faster than existing 4G technology, but this depends on your choice of network, your location, the type of connection you have, and your device, among other factors. But for most customers, expect speeds faster than both 4G and commercial NBN and ADSL.

Perhaps most importantly, 5G is capable of delivering ultra-low latency. A latency value measures how responsive your internet connection is, and a low latency translates to super fast internet. For example, a connection with low latency will be able to send and receive a text message within seconds. The latency levels customers will receive with 5G make interactions almost instant, which is especially important for people who game and for international businesses that rely on fast transaction speeds.

While dependent on the network you’re on, and a number of other factors, 5G download speeds in Australia generally sit around 300-500Mbps.

While dependent on the network you’re on, as well as a number of other factors, 5G upload speeds in Australia generally sit around 30-60Mpbs.

Things that can affect your 5G speed

There are a few things that can affect the speed of 5G connections and networks. These include:

If you’re looking for the fast lane, check out our guide on the fastest 5G plans available in Australia.

You can get among the 5G hype by making sure you’ve got a 5G-compatible smartphone. There’s now a decent range of 5G-ready phones on the Australian market, most of which are Android devices at varying prices points. Apple released its first 5G phones towards the end of 2020, but has been expanding its range since, including up to the iPhone 13 series.

You’ll also need to be in an area where there is a 5G connection. A handful of providers now offer 5G mobile or internet coverage, which operate on either the Telstra, Optus, or TPG/Vodafone 5G networks. This means that not only do you need to be in an area with 5G coverage, you also need a plan provided by a 5G network provider (for example, for 5G on the Telstra network you’d need to be signed up for a Telstra plan that allows 5G access, plus a 5G-capable device). 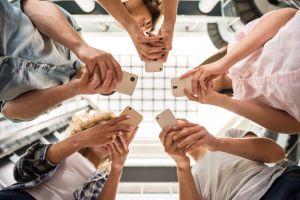 We’ve put together a table below featuring a range of 5G compatible phones on the market right now that can be purchased with a plan on a 24-month payment option. Telstra offers a range of 5G phones on 12 or 24-month device payment plans, while Optus and Vodafone each offer 12, 24, or 36-month device plans. Keep in mind that you can pay less each month by spreading the cost of your device out over a longer payment period, but you’ll still pay the same for your phone in total no matter which repayment term you go with.

The following table shows a selection of published 24-month plans for the 128GB iPhone 13 on Canstar Blue’s database, listed in order of cost, from the lowest to highest and then by data allowance, largest to smallest. Use our comparison tool to see plans from a range of other providers. This is a selection of products with links to a referral partner.

The following table shows a selection of published 24-month plans for the 128GB Samsung Galaxy S21 5G on Canstar Blue’s database, listed in order of cost, from the lowest to highest and then by data allowance, largest to smallest. Use our comparison tool to see plans from a range of other providers. This is a selection of products with links to a referral partner.

The following table shows a selection of published 24-month plans for the Google Pixel 6 on Canstar Blue’s database, listed in order of cost, from the lowest to highest and then by data allowance, largest to smallest. Use our comparison tool to see plans from a range of other providers. This is a selection of products with links to a referral partner.

If you need to use the internet on the go, or to do fast file-sharing anywhere in Australia, it might be worth looking into 5G mobile broadband offerings. Right now, Telstra is the only Aussie telco offering 5G mobile broadband, and includes free 5G network access on its Medium and Large plans. Telstra also offers a great wireless broadband modem for 5G — the Telstra 5G WiFi Pro.

The below table features all published Telstra mobile broadband plans from Canstar Blue’s database, listed in order of cost from lowest to highest and then by data allowance. These are products with links to a referral partner.

If you’re lacking a reliable wired broadband connection at home, you might want to consider home wireless broadband – and thankfully, 5G home internet has arrived from a range of providers, including Telstra, Optus, TPG, Vodafone, iiNet and more.

These plans are designed to replace your home internet connection, and offer similar speeds to fast NBN 100 or NBN 250. As such, they’re not portable, but feature a plug-in-and-go modem that may be geo-locked to your home address.

Most providers offer unlimited data 5G home internet, with prices sitting around $70 per month. However, you will find some telcos cap speeds for their introductory 5G broadband plans, usually at 100Mbps, while also offering a more expensive option with no speed restrictions. If you’re wanting a plan with no speed limits and no capped data, you’ll be looking at paying around $80 per month.

The good news is that most plans are free from lock-in contracts or setup fees, with the exception of modem costs. You can compare 5G home internet plans in the table below.

The following table shows selected published 5G home internet plans on Canstar Blue’s database, listed in order of cost, from the lowest to highest and then by data allowance, largest to smallest.

The following table shows selected published 5G home internet plans on Canstar Blue’s database, listed in order of cost, from the lowest to highest and then by data allowance, largest to smallest.

Is it worth upgrading from 4G to 5G?

5G offers plenty of benefits to users, but it can come at a price. Still a relatively new technology, using 5G – and having to buy a compatible 5G device in order to do so – can run up quite a bill, but for your buck you get plenty of bang, namely in the form of speed. And with more resources being put behind 5G in the form of technology and infrastructure, you can expect more providers to come to the fray, making it more competitive for consumers to eventually sign up to.

While not currently a necessity, 5G certainly has plenty of appeal, so it may be worth looking into if you’re looking to upgrade your phone plan or handset. 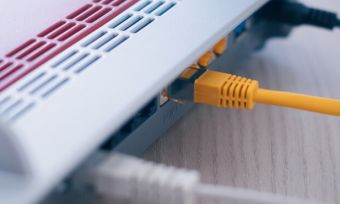